Sharitaly: Not Just an App - Shareable
Skip to content 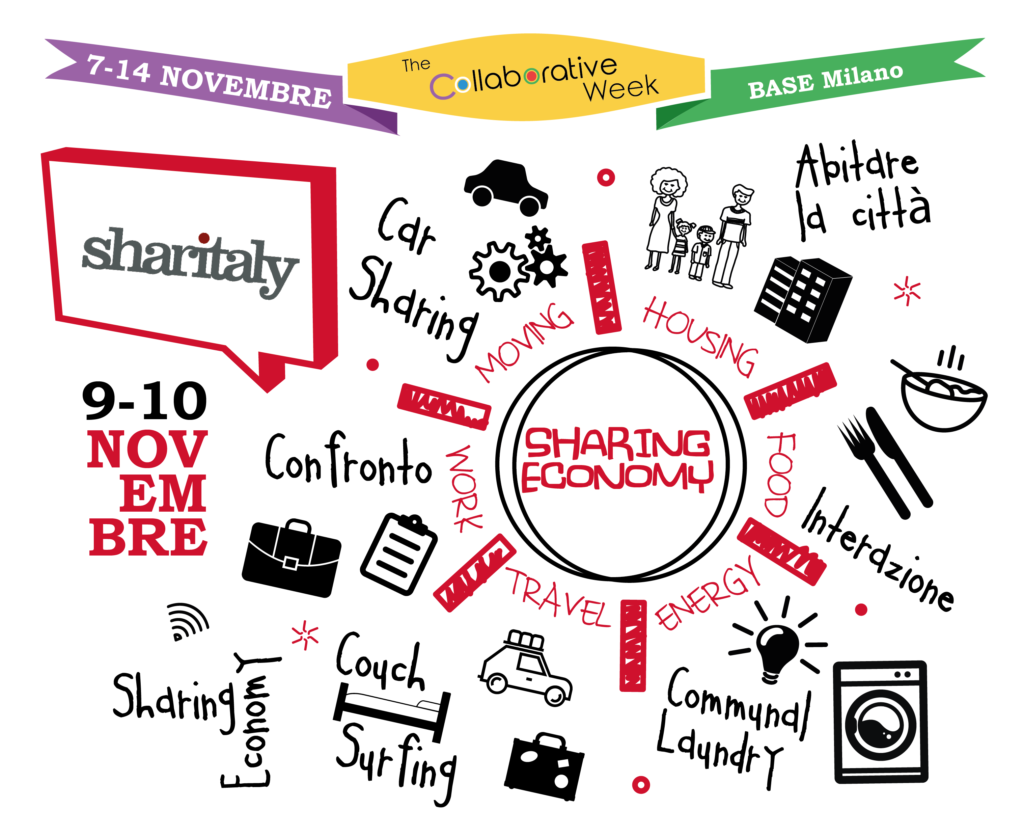 It is quite fitting that Sharitaly, an attempt to “translate” the sharing economy into the Italian context, took place in Milan, a city which has played such an enormous role in the development of workers’ rights in Italy, and is the current business capital of the country.

The event took place in a disused steel factory that was acquired by the city in 1990 and converted into a cultural center. The North of Italy used to be the chief production area, but workers had to collectivise in order to get fair treatment. Many came from the precarious South, seeking a decent salary in the North without getting exploited. These days Italy, the nation with the highest number of cooperative membership in Europe, is struggling to see what role the sharing economy has to play in a country with such a long and tumultuous relationship with cooperation and labor, and also how legally compatible they are. 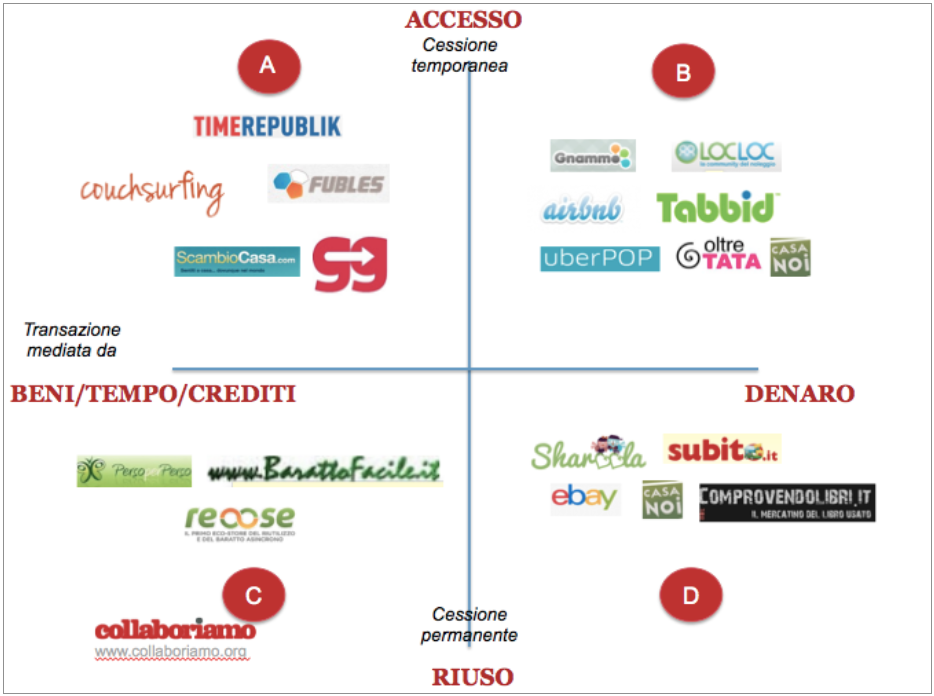 It was in fact the definition of these terms (sharing vs. collaboration) that began the “Jobs” section of the conference, which exhibited a refreshingly wide variety of opinions. The “mapping” of sharing platforms in Italy, presented by Marta Mainieri and Ivana Pais showed the current trends of sharing in Italy, broken down into national demographics, with the North predictably outpacing the South in user uptake, and where the actual companies are located (70% headquartered in the North).

The main question for the day was how this sector, which can expand employment in new ways, contrasts with the current labor market, when 50% of the 118 platforms studied have five employees or less and financial rewards for users do not reduce precarity in a meaningful way. 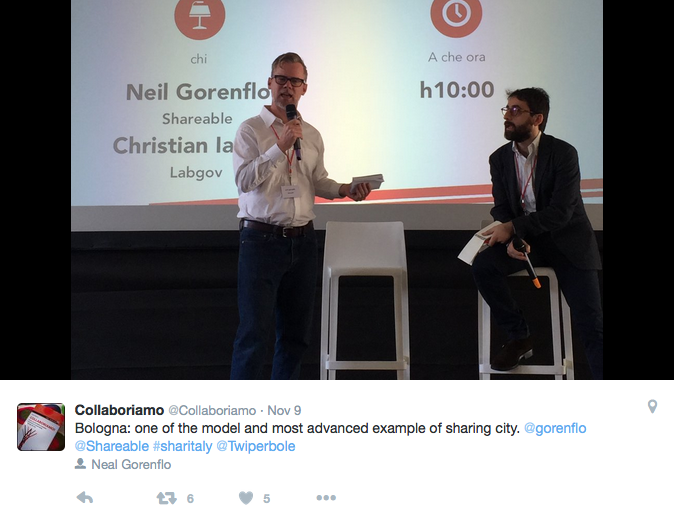 The term "Platform Cooperativism" came up quite early, mentioned both by Neal Gorenflo and Nathan Schneider in their presentations, which rather succinctly address the ongoing controversy in Italy regarding Uber.

Uber was recently ordered by a top judge to discontinue the UberPop service in Italy. Taxi drivers nationwide opposed the service because it allowed you to request a non-professional driver to pick you up. In Italy, UberPop is illegal. Taxis are heavily regulated, whereas UberPop does not play by the rules. However, the Uber Black service still exists in Italy because it has an entirely different structure. The Uber Black service is performed by cooperatives comprised of professional (private) drivers who have more control over their job security and the percentage of each fare they receive from Uber.

It's not exactly Platform Cooperativism in the strictest sense, but it's a much more equitable step than many cities have achieved so far, which is a question that had come up: "If Uber is so simple to build, why don't cities make their own?" — instead of regulating it out of existence.

Welfare in the sharing economy was another topic of discussion, and rightfully so as generations of Italian workers fought hard to create a good social safety net (the first film clip is about that struggle). Collaboration in Italy, according to Paolo Venturi from AICCON, is becoming a way to overcome the dualism between market forces and the solidarity economy as a growing number of nonprofits and organisations take on the characteristics of traditional businesses. This is a process in which welfare becomes collective, politics become collaborative, and the overall economy more cohesive.

An example that was given was the City of Milan, which aims to aggregate the requests for services from residents with the initiatives that can create these services so that the whole process is more inclusive and based on civic needs rather than what authorities want. 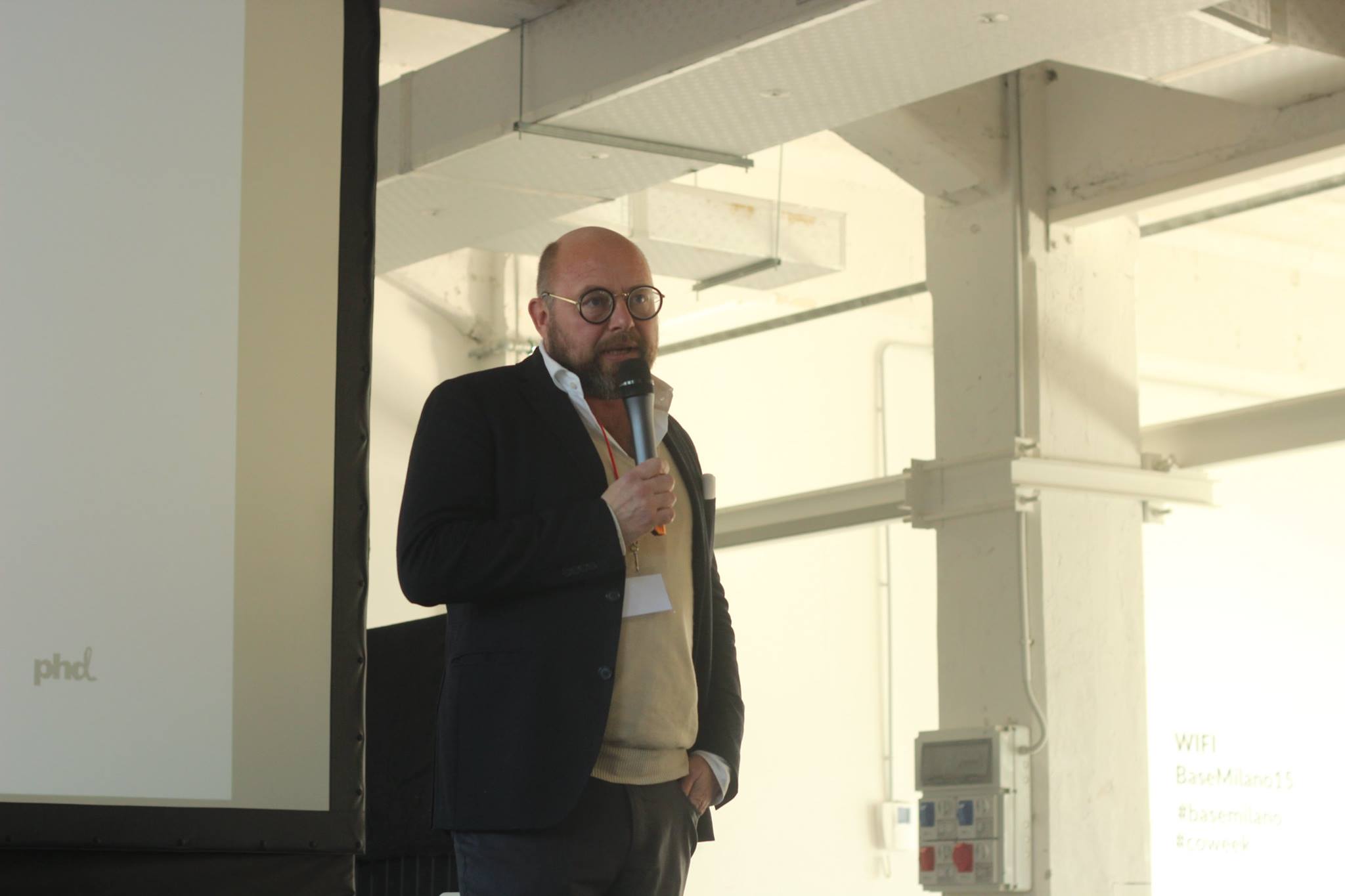 One memorable speaker, Adam Arvidsson, from the University of Milan, gave a more critical point of view with his speech, Does the Sharing Economy Exist? and in fact where is it in a country like Italy that gets everything so late. His main theme was the simple question, "If you have a spare room in your house, why would you rent it to a stranger?" It's not because you want to meet new people or share culture; it's because your actual job doesn't provide you with the means to live so you must earn extra money to supplement your income, and that is the purpose of the sharing economy, to fill in the gaps of a failing economy, which contributes to individual precarity, since there are no unions within these sharing platforms to speak of. Coincidentally, the Digital Labor conference that took place in New York a few days after Sharitaly, goes much deeper into these conflicts. 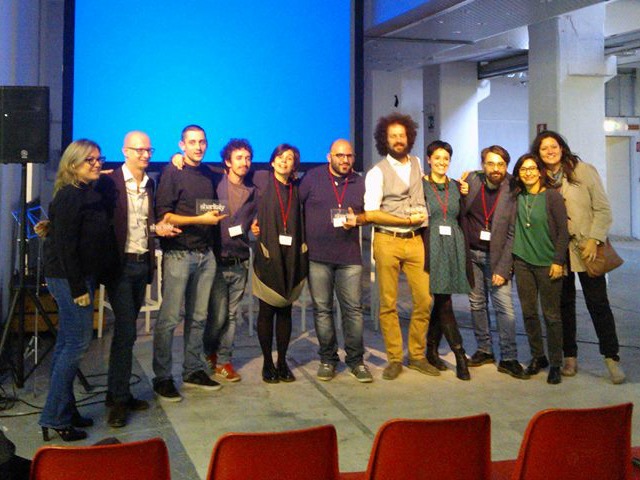 The SharItaly crew put on an impressive event

Ouishare was present for Sharitaly's Start Up Awards. The afternoon was about how companies, governments and startups can incorporate the sharing economy into their operations and what sorts of benefits or dangers this presents.

Overall the conference shed light on many of the uncertainties of the sharing economy in Italy and how more public understanding is needed in order to shape it into something beneficial for everyone.

It's clear that the sharing economy can monetize latent resources, but it's not a given that it creates solidarity among users (TaskRabbit, for example, prohibits taskers from talking to one another, a practice that could be considered unconstitutional in Italy).

Many of the developments in the sharing economy "set the global stage for emerging forms of digital labor, which become instrumental in efforts to drive down labor cost and get all the work without the worker" (Rivera 2008). These developments could be contrary to what workers' movements in Italy have striven for; a movement which has arguably resulted in a thriving coopertive economy. So the question remains as to what extent the new technologies will enable workers with secure livelihoods or allow colossal companies to "Divide et Impera" (Latin: Divide and Conquer).

But things move very slowly in Italy, and sometimes it’s for a good reason. For example, Italy’s heavily regulated mortgage market, albeit small, was barely affected by the global crisis of 2008, partially because they didn’t jump on the bandwagon of deregulation like so many other countries. There’s a famous phrase in Italy, “Chi va piano va sano e va lontano" which means who goes slowly, goes safely and goes far. Maybe it’s the sharing economy that has to catch up to Italy and not the other way around.