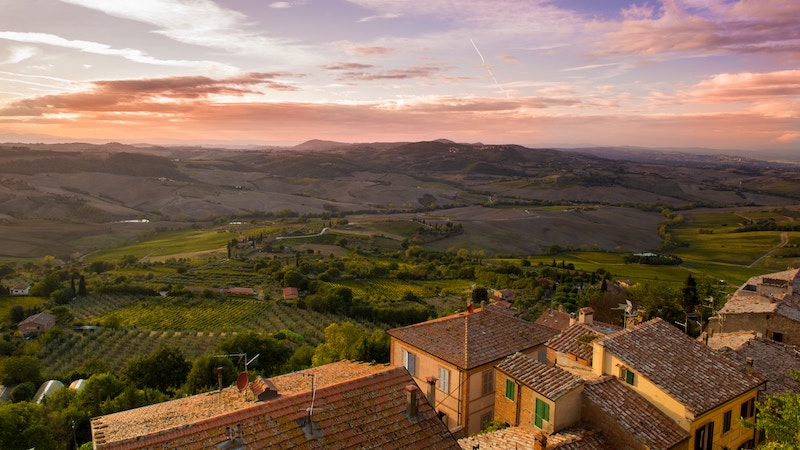 Op-ed: We've seen a number of platform cooperatives, which integrate the practices of cooperatives in digital platforms by democratizing control and ownership, crop up in the U.S. These organizations are formed with the goal of countering extractive platforms that promote digital capitalism. While these platforms are often started in order to create a cooperative model, in Old Europe, the road appears to go in the other direction. It consists of cooperation between global digital platforms and bottom-up initiatives by community enterprises, located in small villages in Italy — away from the bright lights of Smart Cities. Distinguishing the two paths is necessary for discussion and collaboration.

For example, take Lavenone, a little village near Brescia in the north of Italy, one of the so-called "authentic villages" where Airbnb decided to invest. What is interesting is that the country managers of the digital platform won’t be greeted by a handful of hosts scattered around the village and the surrounding areas, but rather by a structured network of citizens, social enterprises, and local authorities. This was possible thanks to the resources allocated by Fondazione Cariplo, aimed at regenerating the economy of this region.

Likewise, Calceranica is a village located near Trento in the north of the country with approximately 1,000 residents and 600 homes for tourists that used to be empty. In this case, a little private agency focused on local development, along with the municipality, decided to pool these underused resources and transform them in a sort of "selling group" through a strategy of coordinated communication on the booking platform.

These examples show that there's an opening to rethink approaches to the sharing economy, and in particular, platform cooperativism in Italy. The problem, however, is that today, out of the 125 sharing economy companies that are in operation in the country, not one is organized in a cooperative way.

In order to overcome this gap and foster convergence, the Ministry for Economic Development launched a program called "Promotion and Development of the Cooperative Movement" that is currently financing innovative prototypes. Among them, is a project promoted by LAMA Development and Cooperation Agency to reorganize the idea of digital platforms such as taxi-drivers cooperatives. It is a prototype of the multi-stakeholder cooperative aimed at offering an integrated mobility system in which different members participating in the cooperative through mutualistic exchanges.

Another feasibility study supported by the Ministry and promoted by Confcooperative Lombardia looked into the traceability of food products and, in particular, of the famous Grana Padano cheese. It is a production chain project involving cooperatives (of agricultural raw products, production and transformation of milk and dairies, and logistics and distribution) involved in the DOP (Denomination of Protected Origin) certification. The platform's Big Data Management and ERP system allow all actors of the milk-dairy chain to access and share a wide variety of information and knowledge that will guide them both from a strategic and productive point of view, and as far as the consumer central role is concerned.

According to a 2012 survey from Censis, only 9 percent of cooperatives in Italy say that their strength in terms of competitiveness lies in their "technological innovation rate." On the other hand, 64 percent of cooperatives surveyed say "a relation of trust with clients and customers" makes them competitive. It is clear that sharing economy platforms represent an extremely promising vehicle for change if they combine socio-technological innovations and cooperative principles of "concern for the community." Repositioning these sharing enterprises as platform cooperatives by even a little bit would mean introducing an important systemic innovation in this sector.

These views came out of discussions carried out during the workshop “Cooperating on the Platform, Collaborating in a Cooperative” at Sharitaly on Dec. 6, 2017, promoted by Iris Network, Innovare per Includere, Alleanza delle Cooperative.

Ivana Pais is Associate Professor in Economic Sociology at Università Cattolica, Milano. Her research interest focuses on collaborative economy and digital labour. Her recent publications include: Ivana Pais and Giancarlo

Ivana Pais is Associate Professor in Economic Sociology at Università Cattolica, Milano. Her research interest focuses on collaborative economy and digital labour. Her recent publications include: Ivana Pais and Giancarlo Provasi. "Sharing Economy: A Step towards the Re-Embeddedness of the Economy?." Stato e mercato 3 (2015): 347-378 and Del Moral Espín L., Pais I. (2015), Collaborative Economy and the Digitalization of Timebanking: Opportunities and Challenges, in Studi di Sociologia, n. 1, pp. 3-21. @ivanapais