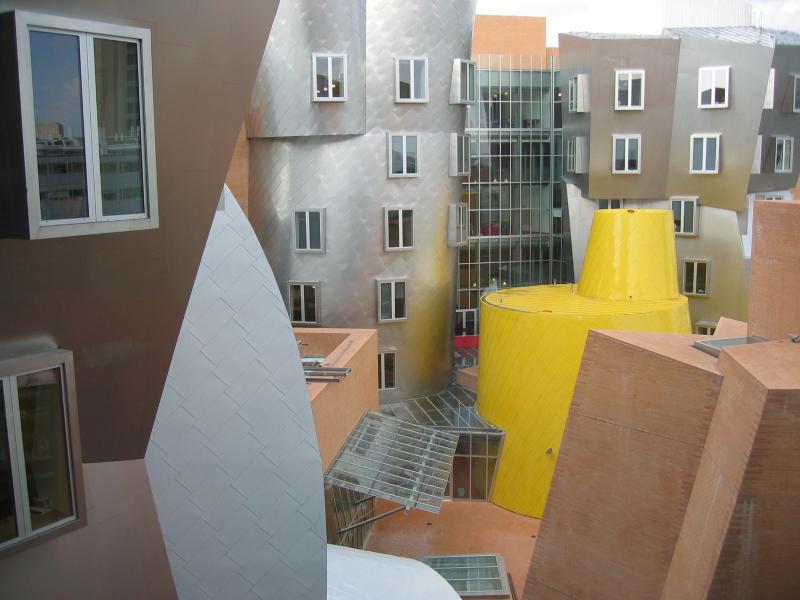 Frank Gehry’s Stata Center at MIT has come under intense criticism for its structural and alleged aesthetic flaws. But it has also won some praise from the computer scientists and engineers who work and study there–mainly for the creative community the space seems to foster.

"The biggest goal for the project was to get MIT scientists—and that includes students—to meet one another," reports Robert Campbell in BusinessWeek. "Too often, it was felt, they were holed up in isolated labs, apartments, and classrooms." As Gehry said, “The main problem I was given was that there are seven separate departments that never talk to each other. [But] when they talk to each other, if they get together, they synergize and and make things happen, and it’s gangbusters.”

According to Campbell and the people who use the Stata Center, the building accomplishes this goal. "There is a defined area for each lab group, and within each of them are open communal spaces that are really effective," computer science senior David Stein told Dwell magazine. "They facilitate interactions very easily — it feels natural for all of us to eat lunch together, and there is a sense of openness and collaboration that wouldn’t necessarily be the case if we were placed in any other rigid, boxy research building. The group dynamic is really great."

Praveen Subramani, another senior in computer science, praised the way the space stimulated sharing and creativity. "The staircases are beautiful," said. "Even though its not the most direct, Gehry’s grand staircase is majestic and inviting, and I would never take the elevator. Also, student street on the first floor is a great place for meeting people — it’s like a tube that funnels everyone into the same, communal circulation." Campbell writes:

Scientists love the complexity. You just wander around till you get where you’re going. “You may run into people and projects you knew nothing of,” says one. Says another, joyful at the memory: “It took them a day to cut my furniture to fit the sloping and bending walls in my office.” That was a problem, and he found a solution. Another likens his office to living in a work by Richard Serra. These are guys who like challenges. They like having to figure things out. Life in the Stata can be a continual brain game. (Okay, it might not suit everyone.) “Nine out of 10 faculty would say they are really pleased,” notes one. “Everyone wants to say they’re unconventional.”

David Stein concludes, "For a place where so much group thinking and collaboration happens, it accomplishes what it does pretty well." Even the building’s flaws–such as its tendency to leak–have created opportunities for invention.

"One of the Ph.D students in my lab built a set of pretty cool-looking gutters that channels the water from the ceiling into the bucket," Stein told Dwell. "Also, an entire wall of my lab is a window without any shades, so there is often an unbearable glare on our computer screens. So to combat that, we actually designed a robot that climbs on the window’s aluminum frame and runs around with a deployable shade. His name is Shady."