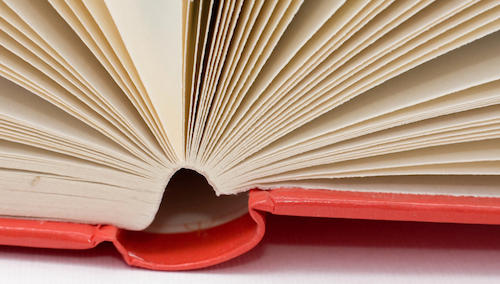 Looking for some good books to read this summer? We’ve rounded up 10 titles that inspire, educate and entertain, Shareable-style. From underground societies and futuristic sci-fi, to the first Earth Day and citizen-driven government, these titles offer an engaging look at where we are, how we got here, and how we can help determine where we’re headed.

Take Back the Economy: An Ethical Guide for Transforming Our Communities by J.K. Gibson-Graham, Jenny Cameron and Stephen Healy (Univ. of Minnesotta Press): More and more people are searching for ways to live lives of meaning and contribute positively to humanity and the planet. Through exercises, tools and inspiring examples, Take Back the Economy offers answers to the question, What can I do to make a difference? Taking a bottom-up approach to global transformation, the authors argue that small-scale changes can have a large-scale effect.

by Carrie Galbraith, John Law and Kevin Evans (Last Gasp): A “retelling…of the most influential underground cabal that you have never heard of,” Tales of the San Francisco Cacophony Society recounts the history of the society that inspired flash mobs, Burning Man, the book Fight Club and more. A band of pranksters, artists, activists and adventurers that came to define an underground movement, the San Francisco Cacophony Society planned events from the elaborate (a gathering of hundreds of “nuclear holocaust survivors”) to the simple (book and film discussions), and everything in between.

The Genius of Earth Day: How a 1970 Teach-In Unexpectedly Made the First Green Generation

by Adam Rome (Hill and Wang): In the late-1960s, Earth Day was just a stirring; an idea that people were ready to rally around environmental issues that were affecting their communities. But that idea, once put into action, started a chain of locally-focused, community-driven events that enabled Earth Day to grow into an annual event that is now celebrated around the world. As author Adam Rome told Shareable in the article "What the First Earth Day Can Teach Us About Sharing," the genius of the first Earth Day was that the organizers empowered people to take ownership of the event and think creatively about how to address local environmental issues.

Citizenville: How to Take the Town Square Digital and Reinvent Government

by Gavin Newsom and Lisa Dickey (Penguin Press): In Citizenville, Gavin Newsom, the Lieutenant Governor of California, explores how ordinary citizens can reshape government using tech tools, including the Internet and smart phones, to bridge the divide between what we are capable of and government processes that are, “stuck in the last century.” Calling on citizens to help create innovative solutions to problems both local and global, Citizenville uses examples of successful citizen-driven projects as well as interviews with politicians and thought-leaders to demonstrate the potential of individuals to bring about change.

The End of Big: How the Internet Makes David the New Goliath

by Nicco Mele (St. Martin's Press): An overview of how technologies are changing the balance of power, The End of Big explores how our ability to stay connected is dramatically changing our world, in ways both seen and unseen. Author Nicco Mele, a Harvard Kennedy School faculty member, argues that traditional institutions are being disrupted in revolutionary ways, which has the potential to bring about far-reaching positive changes. But the disruptions may also bring some unexpected results including the creation of political demagogues, the replacement of investigative journalism with tweets and blog posts and the rise of fringe political forces.

Shareable Futures: The Future Reclaimed as a Commons

(Hyperink): In the Shareable anthology, Shareable Futures, some of today's most visionary and accomplished literary futurists including Cory Doctorow and Douglas Rushkoff imagine futures where technology has changed the rules of ownership and access, and people are able to share just about everything. Illustrating a future in which we thrive, the authors avoid utopian propaganda, and instead present hopeful, intelligent stories that speculate on our humanness and our shared potential.

To Save Everything, Click Here: The Folly of Technological Solutionism

by Evgeny Morozov (PublicAffairs): Technology allows us to easily intervene in matters of politics, culture and everyday life but author Evgeny Morozov argues that such a seamless, digitally-driven approach to problem solving may be an oversimplification of great political and moral dilemmas. In To Save Everything Click Here, he poses questions such as, Is some friction in communication productive? and Are some of the imperfections of a democracy by design? Perhaps solutions to complex issues can’t always be quantified, tracked, gamed or clicked away.

The Nature of the Future: Dispatches from the Socialstructed World

by Marina Gorbis (Free Press): In The Nature of the Future, renowned futurist Marina Gorbis explores a future in which distributed sources and social solutions to our immediate problems trump the dated, top-down organizational model. Using education, healthcare, food distribution and more as examples, Gorbis points out how individuals are harnessing the power of technology to create exciting new services including peer-to-peer lending clubs, member-run bio labs and online educational platforms to transform life as we know it.

Share or Die: Voices of the Get Lost Generation in the Age of Crisis

Edited by Malcolm Harris with Neal Gorenflo (New Society): An anthology of writings by young people, Share Or Die explores some of the biggest challenges facing the millennial generation, including student debt, unemployment and underemployment, the education crisis and career confusion. It also provides a glimpse into the lives of people who are choosing alternative routes to fulfillment. At once entertaining, insightful, sobering and hopeful, the underlying theme of Share Or Die is that there is vast potential being wasted as college graduates are forced to take whatever jobs they can find; laying their talents and passions aside in the interest of paying down debt and staying afloat in an era of economic instability.

What Then Must We Do?: Straight Talk about the Next American Revolution

by Gar Alperovitz (Chelsea Green): In What Then Must We Do? author Gar Alperovitz points to the fact that many Americans are frustrated with the current economic system, concerned that it’s on the verge of collapse, and open to the idea that there may be a better one. He argues that a new system, one that is not corporate capitalism and not state socialism but something new entirely, could “democratize the ownership of wealth, strengthen communities in diverse ways, and be governed by policies and institutions sophisticated enough to manage a large-scale, powerful economy.”

All books include affiliate links to Amazon. Resulting purchases support Shareable, a nonprofit. Many of these books are available at libraries or local, independent bookstores, choices we recommend, too.