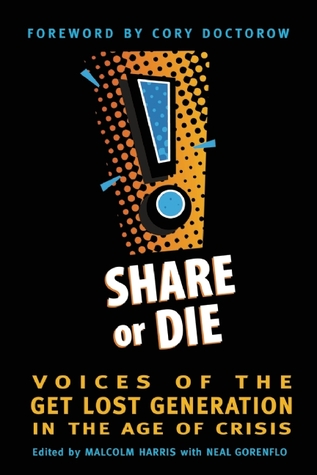 This was supposed to be the disconnected generation. Raised on video games and networked communications, kept indoors by their parents’ fear of predators and the erosion of public transit and public spaces, these were the kids who were supposed to be socially isolated, preferring the company of video-game sprites to their peers, preferring Facebook updates to real-life conversations.

The Internet’s reputation for isolation is undeserved and one-dimensional. If the net makes it possible to choose to interact through an electronic remove from “the real world,” it also affords the possibility of inhabiting the “real world” even when you’ve been shut away from it by your fearful parents or the tyranny of suburban geography.

Even as entertainment moguls were self-servingly declaring “Content is king,” they failed to notice that content without an audience was about as interesting as a tree that falls in the deserted woods. Conversation is king, not content. If we gather around forums to talk about TV shows or movies or games or bands, it’s because we enjoy talking with each other, because “social” is the best content there is. Content is just something to talk about. That’s why the telecom industry — the industry that charges you to connect with other breathing humans — is 100 times larger than the entertainment industry.

Which is to say that our “disconnected” generation is more connected than any generation in history — connected via a huge, technologically augmented peripheral nervous system of communications technologies that gives them continuous, low-level insight into their peers and the world they inhabit. Which is not to say that being wired up to the net’s social radar is an unadulterated good: adding capacity and velocity to your nervous system can be a recipe for disaster, creating race conditions in which minor disagreements snowball into vicious fights, where the bad as well as the good can find itself magnified through positive feed- back loops that ratchet minor stimuli into feedback screams. There’s a downside to everything.

But let’s look at the upside for a moment. Let’s look at what connectedness means for people whose economic fortunes are in decline, a generation facing joblessness and a crashing dollar, a contracting economy and the austerity virus, which lays waste to our common institutions from libraries to subways, schools to community centers.

For that generation, connectedness is a way to coordinate, to work together to achieve goals, to substitute electronic connective tissue for wealth in the great race to get stuff done. Nearly a century after Nobel laureate Ronald Coase’s seminal paper “The Theory of the Firm,” it’s clearer than ever that the better your organizational system, the more you can achieve. Market economies reward well-organized firms with wealth, but in Coase’s world, money is mostly a way of scoring who gets the most done with the fewest meetings, memos and other forms of institutional overhead.

As the one percent hoover up the world’s fiat wealth, we’re all faced with finding non-market ways of getting stuff done — housing ourselves, feeding ourselves, educating and entertaining ourselves. And that’s where connectedness shines: the cheaper it is to get all your friends pulling in the same direction, the more you can get done for less money — whether that’s founding a housing co-op or occupying the financial center of your city.

Share or Die isn’t just a book about generosity or compassion; it’s not just a repudiation of greed. The thread that runs through all these essays is the way that connectedness makes it feasible to share — feasible to seek out your ideological peers and collaborators, feasible to share the product of your collaboration with the world, feasible to turn your experience into a set of instructions for the next group to follow, refine and republish.

There’s a lot of anger and disillusionment in this book, and there’s some blind optimism and more than a little naïveté. But more than anything, this is a book of realistic hopefulness, a book that showcases creative, thoughtful people who are learning that there are alternative paths to happiness, that wealth is more than money, and that connectedness is at the core of community, no matter whether it comes through a virtual world, a social network or a face-to-face interaction.

Cory Doctorow is a science fiction novelist, blogger and technology activist. He is the co-editor of the popular weblog Boing Boing, and a contributor to The Guardian, The New York

Cory Doctorow is a science fiction novelist, blogger and technology activist. He is the co-editor of the popular weblog Boing Boing, and a contributor to The Guardian, The New York Times, Publishers Weekly, Wired, and many other newspapers, magazines and websites. He was formerly Director of European Affairs for the Electronic Frontier Foundation, a non-profit civil liberties group that defends freedom in technology law, policy, standards and treaties. He is a Visiting Senior Lecturer at Open University (UK); in 2007, he served as the Fulbright Chair at the Annenberg Center for Public Diplomacy at the University of Southern California. His novels are published by Tor Books and HarperCollins UK and simultaneously released on the Internet under Creative Commons licenses that encourage their re-use and sharing, a move that increases his sales by enlisting his readers to help promote his work. He has won the Locus and Sunburst Awards, and been nominated for the Hugo, Nebula and British Science Fiction Awards. His latest novel is For the Win

was published in May 2008, and his latest short story collection is Overclocked: Stories of the Future Present

In 2008, Tachyon Books published a collection of his essays, called Content: Selected Essays on Technology, Creativity, Copyright, and the Future of the Future

. His latest adult novel is Makers

In 2007, Entertainment Weekly called him, "The William Gibson of his generation." He was also named one of Forbes Magazine's 2007/8/9/10 Web Celebrities, and one of the World Economic Forum's Young Global Leaders for 2007.