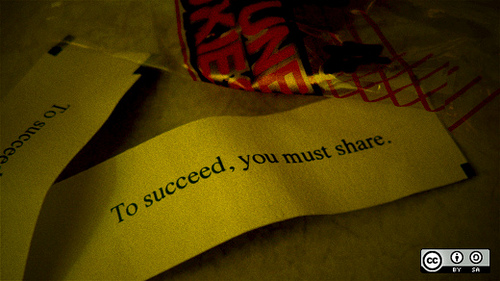 The growth of the sharing economy shows little sign of slowing down in 2012, with Airbnb logging 5 million nights booked in 19,000 cities as of February, the establishment of the City of San Francisco’s Sharing Economy Working Group, and the attention of angel investors such as Ron Conway. Collaborative consumption appears to be on the cusp of going mainstream, but what will it take to break through?

A new study by Cait Poynor Lamberton of the Katz Graduate School of Business at University of Pittsburgh, and Randall L. Rose of the Moore School of Business at the University of South Carolina, suggests that perceived risks and the cultural norms of the ownership society are the most immediate barriers among potential users, and identifies a number of ways that sharing services can make their pitch to a mass audience. Some takeaways from the study:

The researchers contend that “as costs of sharing are minimized and utility is maximized relative to ownership, propensity to choose a sharing system will rise.” A study of the perception of carsharing among 369 licensed US drivers found that while the initial propensity to share was low in the sample group, respondents were sensitive to considerations of cost, utility, and the availability of vehicles.

Using Zipcar as an example, the study found that the moral arguments for carsharing—the environmental and social benefits—were not particularly effective. Lamberton and Rose conclude that “consumers’ perceived risk of product scarcity plays a significant role in determining sharing propensity even when cost, utility, substitutability, and knowledge are accounted for,” which suggests that consumer education may be a more effective approach to increasing adoption rather than moral appeals.

Users must be convinced that sharing doesn't mean going without

Lamberton and Rose write that “the perceived risk of scarcity related to sharing is a central determinant of its attractiveness.” The study recommends that collaborative consumption services demonstrate how sharing is preferable to ownership, and that it doesn’t mean making sacrifices or going without. They write, “perceived risk of product scarcity is a major driver of sharing propensity in commercial sharing systems.”

Ways to reduce the perception of risk include providing control mechanisms that allow users to choose who they will share with, releasing usage information to demonstrate the tangible benefits, and clearly communicate that using a sharing service will not reduce the availability of the product in question—in short, that if they need a lawnmower on a Saturday morning, they’ll be able to get it.

Diversify your user base

The researchers contend that a strong barrier to sharing service adoption is the perception that sharing with peers or like-minded people will increase the risk of scarcity. They write, “individuals who are likely to be heavy product users intuit that they will face less product scarcity risk when sharing with dissimilar as opposed to similar others,” noting that for this reason, a more heterogeneous demographic of users could increase confidence in the utility of the service.

Trust matters, but not as much as availability

Counterintuitively, Lamberton and Rose’s research suggests that while trust plays a factor in whether a user will adopt sharing services, perceived lack of availability is a greater disincentive. They write, “results suggest that consumers’ focus on the likelihood of product availability provides a more direct influence on propensity to share than emphases on the trustworthiness of others.” They recommend that sharing services address such “practical rather than social concerns” to spur adoption.

The ownership mentality is entrenched

Education is key to combating entrenched perceptions of scarcity and ownership. Citing Russell Belk’s 2007 paper “Sharing” (PDF), Lamberton and Rose note the “strong product ownership norm” in American culture, noting that prior familiarity and experience with sharing systems makes people more comfortable with the notion. They surmise that such services may have an easier time in regions with a history of public goods and collectives. To scale, collaborative consumptions services should reach the attention of mass media, actively engage in the conversation about sharing, and educate potential customers on the benefits.

Lamberton and Rose emphasize flexibility, noting that the fees and obligations of the co-op model can serve as a deterrent to potential customers. Other factors that can affect adoption is whether occasional users can opt-in at will, or if they’re locked into contractual obligations by the service.