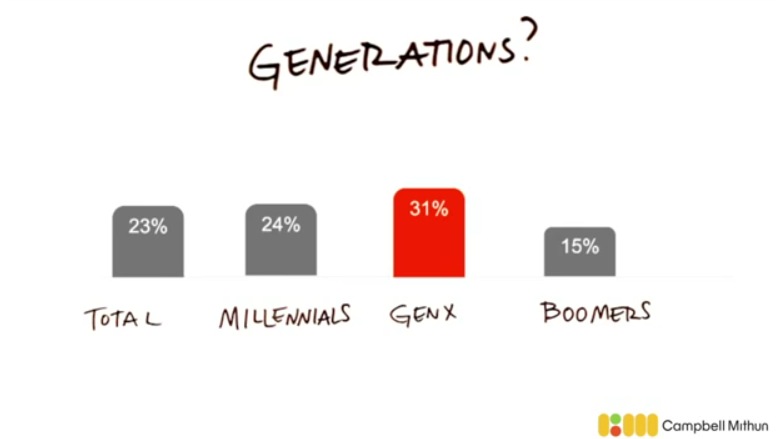 The release of two studies on the market potential of collaborative consumption in short succession suggests that sharing economy’s growth is accelerating. Two years ago Shareable released “The New Sharing Economy”, a study conducted in conjunction with Latitude Research, in which we mapped the nascent collaborative consumption space. Since then, marketers, researchers, and venture capitalists have seen that there’s profit to be made from a participatory economy, and are commissioning studies of their own to explore the promise and potential.

The latest, “Collaborative Consumption: What Marketers Need to Know”, was conducted in January 2012 by marketing agency Campbell Mithun, in partnership with Carbonview Research. The quantitative national survey of nearly 400 U.S. consumers revealed a number of intriguing insights:

But wait a minute, wasn’t a study released recently that said trust was not the primary barrier to adoption and that moral appeals weren’t effective?

At first glint, the results of this study do appear to contradict “When Is Ours Better Than Mine?”, a study on collaborative consumption recently released by academics Cait Poynor Lamberton and Randall L Rose, which made the case that trust concerns are not as much of a consumer barrier as the perception of scarcity—that sharing systems may deprive users of goods when they need them.

Lamberton and Rose were concerned with establishing “a typology of shared goods,” understanding the operational aspects of collaborative consumption, and the attendant barriers to adoption. Their three studies focused on potential users of carsharing, bike sharing, and a cell phone minute sharing plan, segments in which the perceived availability of goods is presumably a more urgent concern.

This is borne out by Campbell Mithun and Carbonview Research’s results, which only found 36% of respondents were interested in transportation sharing services. The segments that showed the greatest consumer appetite for sharing—goods such as books, lawn and yard equipment, and household goods—suggest sharing transactions that are more immediate and local. In such situations, it follows that potential users would be more concerned about trust and security over availability. Also, that the moral appeal of sharing—environmentally concerns, helping out your fellow citizen—may be more persuasive when the goods shared are not necessities such as transportation.

It’s important to remember that not all sharing transactions are alike. A user’s assessment of the potential benefit and risk will depend on the utility of the good or service, the perceived risk of lost money, time, or goods, and the proximity and access of the sharing partner, whether in the physical or digital world.

While these studies reveal the promise of, and potential barriers to, collaborative consumption services, they also illuminate the need for further study of sharing trends, adoption, and barriers. Neither uses particularly large sample groups—under 400 in Campbell Mithun/Carbonview’s case, and 369, 123, and 105 respondents respectively in Lamberton and Rose’s three studies. Future studies should devote more research to the potential and barriers respective to the type of good or service being shared.

Real-world data from successful sharing services such as AirBnB would provide tremendously useful insight into the trajectory of the sharing economy. While data on user behavior is often one of the most valuable assets a startup has, it would be fitting—and immensely helpful for the entire space—for existing services to be a bit more shareable in their own business operations, and release more data to researchers engaged in future studies.