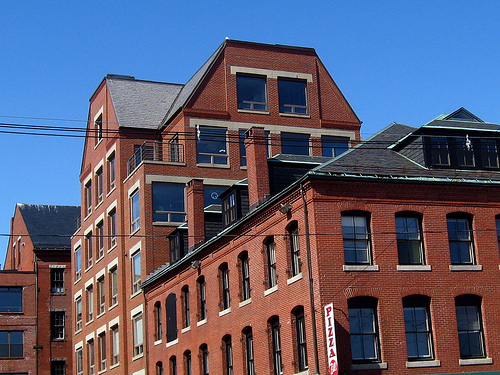 The “urban renaissance”, which over the past four decades transformed some older neighborhoods from blight to bright, has been concentrated in big cities and towns dominated by major universities.  Places like Brooklyn, Montreal, Madison, Denver and Portland have seen blue-collar enclaves and rundown districts gradually retrofitted to serve residents with cosmopolitan tastes, multicultural instincts and a fondness for urban pleasures like cafes.

However this renaissance has largely bypassed what I call Middle Cities– those with metro populations between 50,000 and one million. You can easily name exceptions. But for every Savannah and Victoria, British Columbia, you find plenty of places like Syracuse, South Bend, Little Rock, Indianapolis, Winnipeg and Fresno that are punching below their weight as centers of urban vitality.

While some Middle Cities remain prosperous and might even sport a lively neighborhood or two, overall they seem dowdy, if not downright dumpy and decaying.  This hampers their prospects for the future.

I believe the great majority of these towns can achieve the economic, cultural and social revival that bigger cities enjoy. In most cases Middle Cities sport the same kind of shareable urban infrastructure– classic Victorian homes, brick apartment buildings or bungalows on tree-lined blocks with nearby commercial districts and parks– as neighborhoods in big cities hailed as “comeback” stories.

What’s hindering revitalization in many Middle Cities is not insufficient wealth or a lack of civic assets, it’s the absence of an urban state of mind.  They continue to judge themselves by misguided standards, not realizing that no matter how many acres of parking are added and big chain stores attracted, they will still come up short compared to greenfield developments in achieving the suburban dream. Their success lies in embracing their authentic identities as cities.

A winning example of a Middle City that revived deteriorating neighborhoods by reclaiming its urban advantages is Portland.  Of course, that’s exactly what you’d expect.  But I don’t mean the vibrant Oregon city that’s become a poster child for urban revival. I’m talking about Portland, Maine.

A struggling port city, Portland was already in the throes of decline when the massive Maine Mall opened in what had been farmland right off the interstate in 1971, spelling doom for its downtown districts.  The initial response was predictably unimaginative, but starting in the 1980s citizens rose up to articulate a different vision for their city.  With a downtown rich in 19th Century architecture, including many four-to-ten story office and apartment buildings unusual for a city of 60,000, (230,000 in the metropolitan area) they saw a unique asset to build upon.

The narrow lanes of the Old Port district, surviving from the 18th century, bloomed first as an entertainment and dining district.  Next up for revival was Congress Street, a long and winding commercial street plagued by an epidemic of empty storefronts.  An economic development study found that artists and artisans already made a surprising contribution to the center city’s economy, so that became one cornerstone of revival efforts.

Today, the street thrums with so much activity you’d swear it was at the heart of a city many times larger than it actually is.  On a recent stroll, I was impressed to find everything from a swank hat shop and admirably-stocked used bookstore to a peace & justice center, grocery store and numerous banks, law firms, music clubs and appealing restaurants.  It’s prime territory for people-watching, always a mark of urbane success.  Portlanders were not able to save all their classic downtown architecture, but the new buildings and public spaces fit in suprisingly well.

After a couple of days exploring the city last week, and never running out of interesting things to see, I pondered how a city this size with only a small university on its outskirts can sustain so much pleasurable public life, drawing residents and tourists to its downtown streets.  Portland seems to put a new twist on an old saying, proving to Middle Cities everywhere that “If you restore it, they will come.”