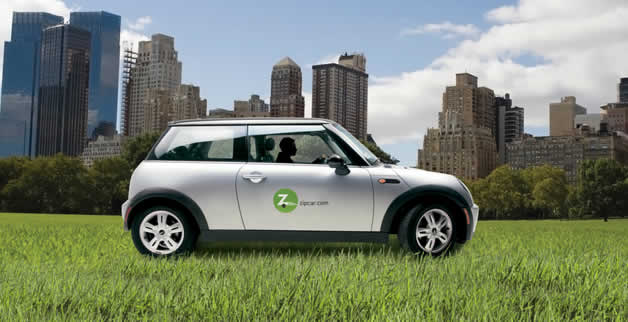 Hit pause. You should already see a problem with the study. How can you possibly come to valid conclusions about a global trend with a multitude of different services and users from a study of one service in one city from one demographic with a sample size of 40?

You can’t. The academics overreach in their conclusions about sharing and collaborative consumption: “Our study challenges the romanticized view of access understood as a form of collaborative consumption and altruistically motivated. Instead, we showed it to be the reverse, with everyone looking out for their own best interest and not connecting to the objects they are accessing, other consumers, or the company”.

Unfortunately, the press seized on the research as proof that sharing is driven purely by craven self interest. As just one example, The Atlantic ran a sensational piece last Friday with hilarious outtakes from the 40 interviews portraying Zipsters as selfish, pot smoking, umbrella thieves. It makes for entertaining reading, but is unbalanced and misleading.

At best, the study offers a preliminary look at the attitudes of Zipcar users. The sample is too limited in size, geography, and demographics to offer anything definitive about Zipcar users never mind sharers in general.

Moreover, the findings are no surprise as Zipcar is the most consumer and profit-oriented car sharing service on the planet. They’ve invested untold millions developing a hip consumer brand which has helped them attract mainstream consumers. And it’s the only pure-play publicly traded car sharing company in the world. Zipcar exists to benefit shareholders, not users.

Nor can you conclude much about car sharing or like services from the study. There are scores of small, city-based car sharing services. Many are focused on complementing other transit options for community benefit. Some are member-owned cooperatives like Modo in Vancouver or nonprofits like City Carshare in San Francisco. The researchers may have come to very different conclusions if they had included these users in their survey.

Bike sharing also includes large, commercial services and small, community-focused ones. Paris’ Velib is an example of the former. Velib has had huge problems with theft and vandalism, likely because it isn’t for or by the community. Velib is run by the world’s largest outdoor advertising firm (JCDecaux) in order to get access to city-controlled outdoor advertising space. The purpose of Velib is to advertise to Parisians, not to benefit them. I suspect researchers would find a difference in attitudes between Velib users and users of Denver B-cycle, which is run by a nonprofit for community benefit.

And then there’s the case of peer-to-peer sharing services like Airbnb where user interaction is integral to the service and where assets are offered by real individuals. I suspect Airbnbers feel more empathy for fellow users than Zipsters do.

The survey’s conclusions may be crippled by a small and unrepresentative sample, but it would be wrong to say that self-interest isn’t an important motivation. Indeed, other research suggests that sharers want a balance of personal benefit and meaning and that practical considerations trump moral appeals. It’s also just commonsense that services should appeal to and meet the needs of individuals.

So what’s the moral of the story? Context matters.

The context a service sets influences how users feel about each other, the assets shared, and the service itself. The purpose, culture, user experience, and other features shape user attitudes and behavior. I suspect that a service that’s founded for community benefit is more likely to elicit altruistic behavior. And that a service where user interaction is needed for the service to work is more likely to build community.

The context set by a service also influences what kind of users it attracts. A for profit, mass-market service like Zipcar that’s designed for self-service, marketed as money-saving alternative to ownership, and governed by rules instead of peer mechanisms will not attract nor cultivate a legion of saints. That’s not all bad. While Zipcar’s service may do little to bring people together, it dramatically reduces resources consumption. We need that.

To the study’s credit, it does consider six dimensions of sharing services including anonymity, consumer involvement, and asset type. It also makes a useful distinction between peer-to-peer sharing and shared access requiring no user interaction. So while the researchers look at service design, they extrapolate too much about sharers' in general from the Zipcar user interviews.

Another recent survey explores the importance of context, but does a better job by surveying a variety of services. And it tells a different, more balanced story about sharers. The UC Berkeley study showed that unlike cash-for-goods sites like Craigslist, for benefit freebie exchanges like Freecycle and Couchsurfing, “generate strong feelings of solidarity and identification, which in turn drive people to give more gifts into system”. Again, context matters.