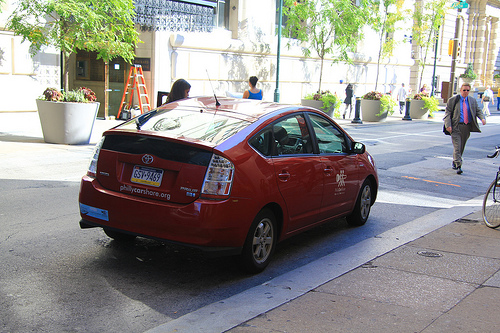 The idea of sharing things instead of owning them goes against everything we've been taught as a consumeristic society.

Those who have spent their lives "keeping up with the Jones'" may find it hard to suddenly relinquish their death-grip on idea that owning things is the path toward happiness. But younger generations, poised to inherit the economic turmoil and environmental disaster caused by consumerism, are increasingly embracing the alternatives offered by collaborative consumption.

Findings of a recent independent study revealed that Millennials (18-34-year-olds) are more willing to used shared vehicles than individuals from previous generations. Millennials account for about 23 percent of the general population, according to the 2010 US Census.

Results indicated that 55 percent of Millennials have actively made an effort to drive less, up 10 percentage points from 45 percent in 2010, highlighting the growing trend of consciously reducing road time. 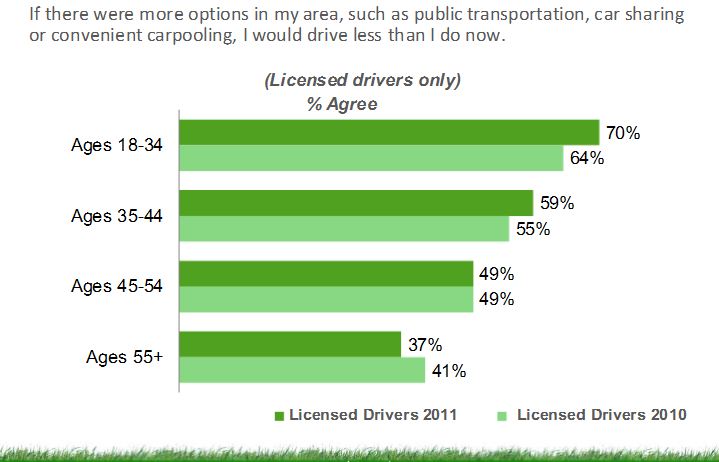 More than half of Millennials surveyed stated "protecting the environment" as one key reason for driving less, also up 10 percentage points from 45 percent last year. The study also revealed that more than 78 percent of 18-34-year-old respondents who are licensed drivers say the high costs of gas, parking and maintenance have futher diminished their zeal for car ownership. Over half of Millennials surveyed indicated they would likely partake in a car sharing service like Zipcar in the future.

Millenials, who have wholeheartedly embraced social media and are often responsible for developing its latest platforms, are increasingly aware that travel is one of the least efficient ways to stay connected with family and friends. In fact, 68 percent of 18-34-year-olds, up 14 percentage points from 54 percent in 2010, agree that they sometimes choose to use social media rather than go out to see loved ones.

And the allure of efficient technologies doesn't end with personal transportation. Compared to older generations, Millennials participate in and are more open to collaborative consumption programs, such as media, car and home or vacation sharing. 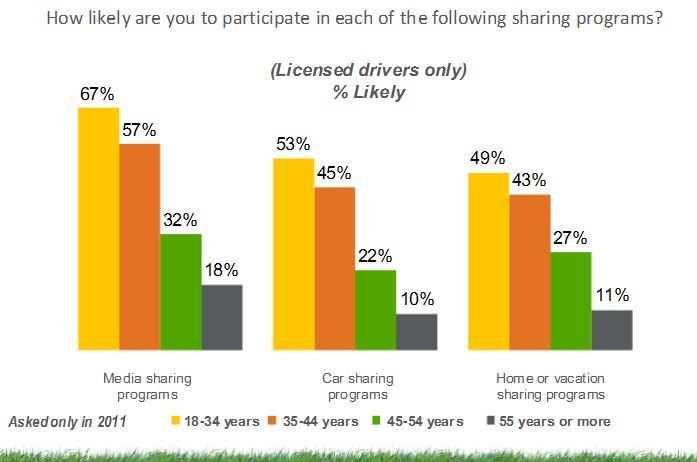 "In our second year of this survey, we continue to see dramatic shifts in how Millennials think about personal transportation, the environment and social media," said Scott Griffith, chairman and CEO of Zipcar. "One trend is abundantly clear: Millennials welcome the collaborative consumption movement with open arms…"

"Policy makers should also take notice and accept that our youngest generation will not think about transportation the way we have for the last hundred years, nor will future generations," continued Griffith. "Our most forward-looking policy makers are thinking about housing, land use, highways, bridges and gas taxes like it's 2015 rather than 1971.  It is my hope that these thought leaders will inspire a broader dialogue on mobility policy instead of sticking with an outdated transportation policy that directs limited funds almost exclusively toward highways."

Full study and results can also be viewed here.