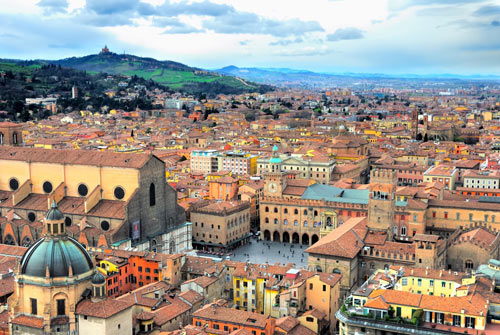 The Emilia-Romagna region in Northern Italy is one of the richest in Europe, known for its high-end car manufacturing. While Emilia-Romagna is one of the most economically successful regions in Europe, it is also one of the most cooperative regions in the world. Nearly two of every three of its 4.5 million citizens are members of a cooperative. Cooperatives support around 30% of the region’s GDP, making it a stellar example of a large-scale cooperative economy. As with Mondragon Cooperative Corporation in Spain, the cooperative economy is strongly bolstered by networked relationships which also make cooperatives more resilient in economic crises. Learn more by watching the prezi below.