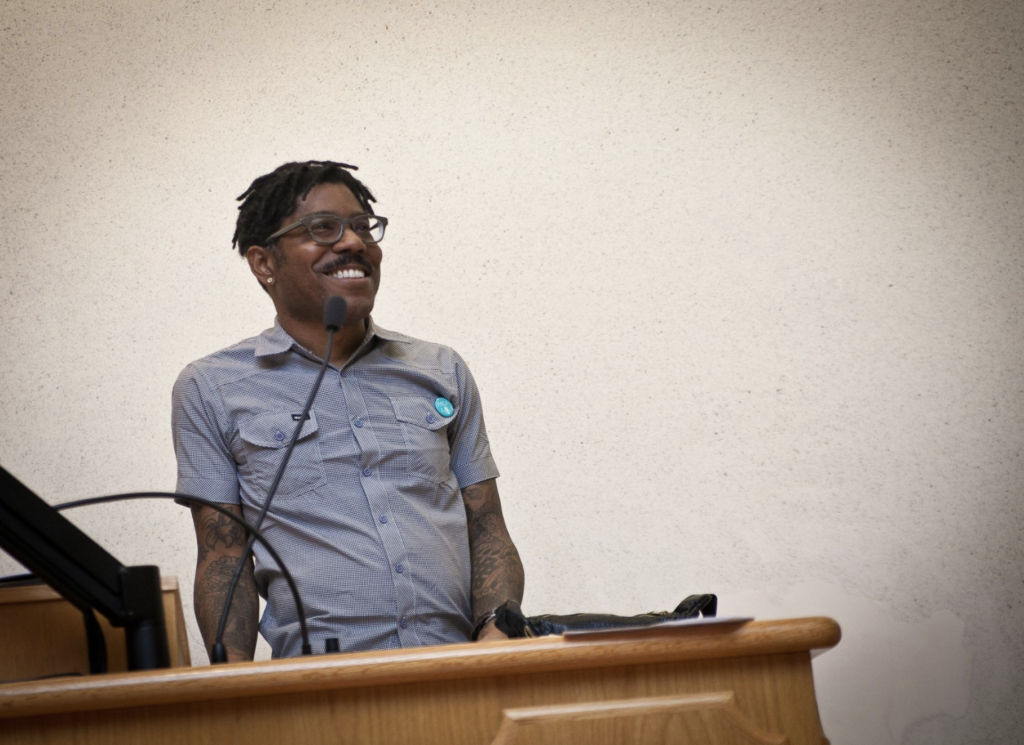 The worker cooperative movement seems to be gaining more prominence in the U.S., especially locally. "Altogether worker cooperatives represent a small part of the national economy. However, there may be a greater impact at the local level in areas where they are more concentrated," a report by the Democracy at Work Institute, a worker cooperative advocacy group, noted. An important sign that the movement is growing and strengthening came at the turn of this century, when the United States Federation of Worker Cooperatives (USFWC) was formed with the mission of connecting and strengthening the burgeoning cooperative sector. To date, USFWC represents around 200 cooperatives and around 6,000 cooperative members across the country, and proceeds with the ultimate aim of advancing economic justice rooted in community-based, shared ownership. Robert Raymond spoke with Esteban Kelly, the group's director.

Robert Raymond, Shareable: Can you tell me a bit about the United States Federation of Worker Cooperatives and what your role is in the worker cooperative landscape?

Esteban Kelly, USFWC director: We formed the United States Federation of Worker Co-ops in 2004 and in doing so created a home for people who were interested in cooperative development. We were able to organize the co-op sector, providing legal services, business planning, and all kinds of technical assistance. We also provide one-on-one trainings to businesses and offer webinars and convening. We have a national conference, we have regional summits and conferences, and we connect our members up to all kinds of resources, whether that's referrals or whether that’s loans. We do all sorts of things.

USFWC seems to place an emphasis on working with historically marginalized communities, communities of color, low income and immigrant communities. Can you talk about this and why it's important?

Absolutely. Well, so, first of all we're all led by people of color and immigrants. That's true of our staff — all of our directors are people of color. We actually all have immigrant backgrounds. So this is who we are and that's intentional. It's also becoming more reflective of who our membership is. We're about forty percent white worker-owners, forty-three percent Latinx, and around eleven or twelve percent black workers, in a multiethnic way. Not to mention all the gender queer, gender nonconforming, and transgender workers. And in fact we are seventy percent women, so we have a workforce that is heavily led by women. So that's just who we are, and it means that how we go about our day-to-day work already changes from that premise. I also think we've played a key role in helping to dispel the myths of who co-ops are for. Because of a history of white supremacy, there's been an incredible amount of erasure around that.

Right. It's an interesting fact that is only now coming to the surface because of scholars like Jessica Gordon-Nembhard, whose book "Collective Courage: A History of African American Cooperative Economic Thought and Practice" brought a lot of this to light.

Yeah, there's actually a very rich cooperative tradition in African-American communities historically in the United States. From the sleeping car porters to various small, sort of like black main street businesses all around the Southeast U.S., there was a lot of cooperative activity taking place. Why haven't we heard of it? Because they were outwardly ransacked, burned down and sabotaged by the Klu Klux Klan under the period of Jim Crow segregation, the same way that churches were. There are all these archives and newsletters that were hidden away or some of them were actually burned and destroyed. There was an active dismantling of solidarity economic practice in African-American communities.

Yeah. I think that worker co-ops used to be a strategy for people to opt out of the economy and do something alternative, and now it's a mechanism for people to opt in. Mostly low income people, poor people, immigrants, people of color, formerly incarcerated people who have not had a strategy or an option to enter into a formal economy in a way that was not completely extractive or demeaning and demoralizing. And so worker co-ops have been adopted at the fastest rate from historically marginalized people in the U.S. as a way to enter into the economy. … I mean, it's really, really inspiring stuff to see black-owned cooperative businesses that are addressing food insecurity, for example. To see refugees joining taxi cooperatives and farming cooperatives. It's really just incredible seeing some of the stuff and supporting and being involved in some of the stuff that's happening.

This Q&A has been edited for length and clarity. Hear more from Esteban Kelly in part one of Upstream's two-part series on worker cooperatives here.