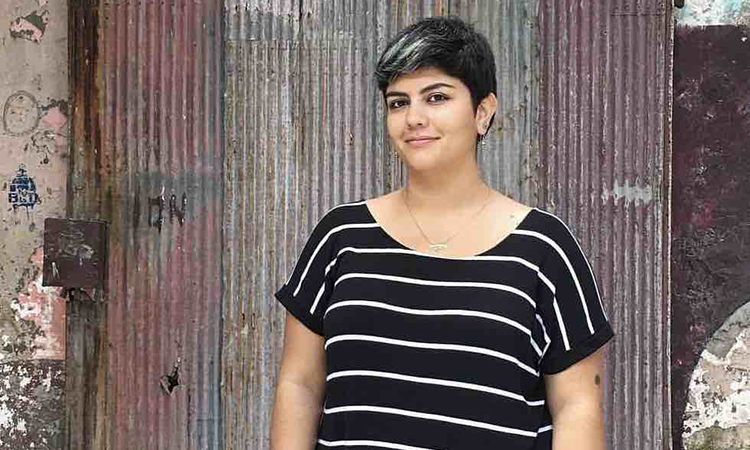 When Hurricane Sandy barrelled into New York City on Oct. 29, 2012, it left a trail of death and destruction in its wake. It also resulted in the spontaneous formation of a grassroots relief network that came to be known as Occupy Sandy. Similarly, after Hurricane Maria slammed into Puerto Rico in September 2017, a series of Mutual Aid Centers popped up, drawing inspiration from the same values of mutual aid and solidarity that shaped Occupy Sandy.

Sofía Gallisá Muriente, a Puerto Rican artist, was living in New York City when Sandy hit. She was a volunteer with Occupy Sandy. She was also on the island when hurricane Maria hit Puerto Rico. Muriente is the co-director of Beta-Local, a nonprofit organization in San Juan that is run by artists with the aim of fostering knowledge exchange and collaboration between artists, thinkers, and doers of all sorts. We spoke with her about her experiences in grassroots relief work in both New York and Puerto Rico.

Robert Raymond, Shareable: What were some of your larger takeaways that came from your involvement with the Occupy Sandy relief efforts that you were able to apply during Hurricane Maria?

Sofía Gallisá Muriente, artist: Part of what I learned during Sandy was just to understand that you have to tap into a pre-existing network of agents, spaces, and collectives because people will naturally respond from wherever they are and whatever they know how to do. A big lesson for us during the Sandy days which we always used to joke about is we all thought you had to be an expert of some sort to be a relief worker. Then it turned out all you needed was kind of common sense and initiative. Also really early on, I learned that there is a pre-existing crisis that is often even worse than the natural disaster, and that the really hard part of recovery is dealing with that exacerbated pre-existing crisis. That was really evident in Rockaway as it is in Puerto Rico.

The relief efforts of Occupy Sandy are very similar in a way to the Mutual Aid Centers that have popped up in Puerto Rico after Hurricane Maria. They're both based on the idea of mutual aid. Can you talk about that concept?

I always loved the Occupy Sandy slogan of "mutual aid not charity." I think to me it always defines our approach to the communities that we are working in, which was: treat humans as humans, to offer ears, skills, time, and energy without assuming any particular power dynamic or power relationship between you and the person that you're talking to. That to me is what differentiated us from the Red Cross, or FEMA, or any other organization that treated residents as clients or that understood themselves as service providers.

We were just there in the interest of being human and being human to each other, and putting whatever privilege we had in not having been as directly affected by the storm in the service of other people. That to me has always been present in my understanding of mutual aid. But I think it's even more clear when you talk about the Maria effort because everyone in Puerto Rico was affected. I know many people who were heavily affected who have done a lot for others since the storm. I'm really so excited that that term mutual aid has started being used in Puerto Rico because I think it's one of the things that came from the storm. I never heard anyone speak of mutual aid in Puerto Rico before Maria. It was a term that caught me off guard when Mutual Aid Centers started popping up. It's a really important tone to proclaim and a really important stance to take in the face of so much charity and so many dehumanizing dynamics with regards to aid and relief and supporting different people's recovery process.

Although no substitute for the resources and scale of the state, one of the benefits of mutual aid is that it can be incredibly empowering to communities and to individuals. Did you notice this in the New York or in Puerto Rico?

I think that collective work, and the kind of effort that the mutual aid centers have been doing is so exceptional that it really generates a particular adrenaline — and a sense of hope that really can empower a lot of people. One thing that I noticed a lot during Occupy, both Occupy Wall Street and Occupy Sandy, is that there are a lot of people that are smart, willing; people that have not had a lot of opportunities to use their skills, talent, or intelligence in the purpose of something they believe in strongly. When you have that opportunity, it is so incredibly rewarding because it suddenly makes clear how political everything that you do is — and how you can politicize any sort of talent or skill that you might want to share for the purpose of dealing with something like a natural disaster.

This story is part of a series on disaster collectivism, which includes a podcast (The Response) exploring how communities respond to crises, both in their immediate aftermath and over a period of months and years.

For more information about the series or to listen to the podcast visit: www.theresponsepodcast.org