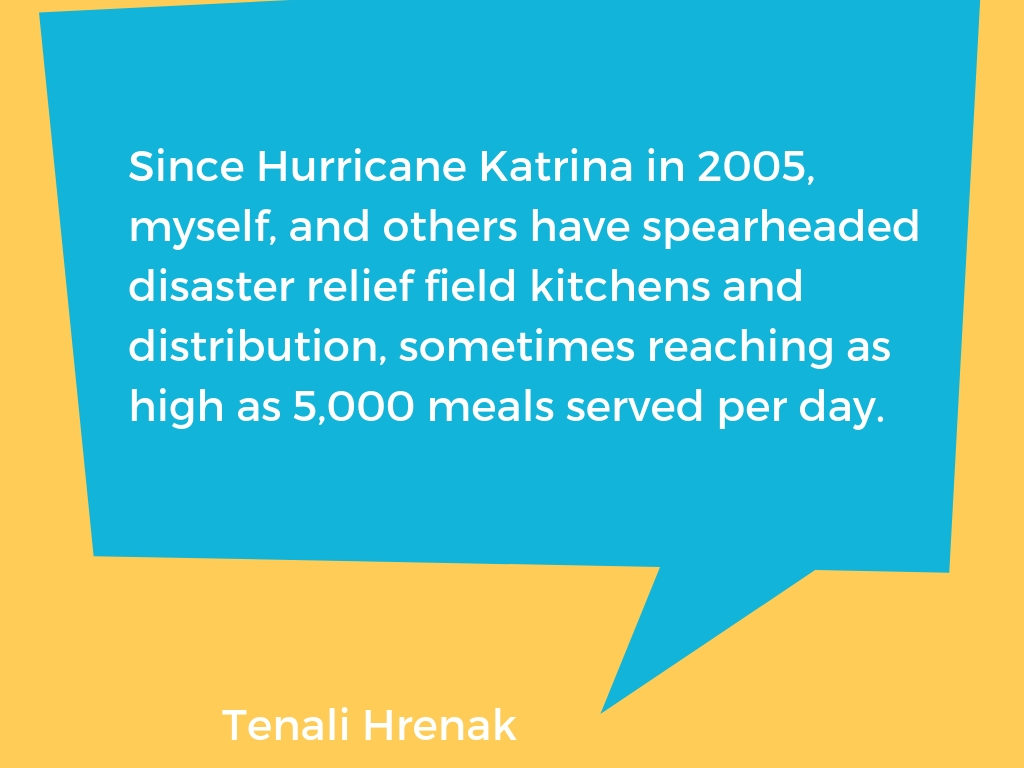 We asked. You answered.

Last month we launched our very first podcast — The Response — produced in collaboration with Upstream and the Post Carbon Institute. The episodes explored the remarkable community relief activities that arise in the aftermath of natural disasters. Following the release, we asked readers to share their stories about how they helped their communities recover.

Below are some excerpts from the narratives we received from readers, published with permission. Thank you to everyone for participating in this project. If you didn’t get a chance to respond to the questionnaire, feel free to leave a comment below describing your experiences — or send a note to info@shareable.net. We’ll continue updating this piece.

Tamara Shapiro was the central coordinator for Occupy Sandy after Hurricane Sandy hit New York in 2012:

I helped coordinate a crisis convening this July. We brought together folks from Puerto Rico, NYC, New Jersey, Miami, Houston and other places to share learnings about community led disaster relief. It would be really great to have a podcast with a bunch of folks from the convening to share what we learned.

I took part in the bike-based support to Occupy Sandy Relief, and in 2016, co-created the Bike Ready video to encourage cyclists to plan a bit before the disaster happens. Like most cities, New York City Emergency Management does not include bikes in their planning yet, but that’s part of my current lobbying. My organization is also part of LES Ready, the Lower East Side response and now resiliency network. Together with three partners, we have proposed a new kind of community climate action lab for a former NYC Parks recreation center and are pitching it as a socially inclusive complement to the green infrastructure in parks (and we are making headway!). I took part in Public Lab’s Barn Raising in August.

I’m on a local study group for the Big U (now called the ESCRB) which is shifting from a ‘live with water’ to ‘let’s put up a wall’ unfortunately, and support disaster design students in BC & NYC etc.

Some of this is at my site and my interest dates back to the NE Blackout of 2003, when I got the idea to make an Energy-themed Green Map for NYC and after researching for three years, published this map with climate change, efficiency, renewables, etc. So glad you are covering this timely topic.

Greg Bloom helped organize volunteers after Hurricane Irma slammed into South Florida in 2017. He also lead the open referral initiative. It is:

Super-relevant to the kinds of data infrastructure needed to support large scale distributed disaster response. I’ll also note that I spent most of my time trying to prevent well-meaning volunteers from doing inadvisable and potentially unwittingly dangerous things. These kinds of networks can be helpful, but we need a stronger practice that establishes accountability to local communities.

Tenali Hrenak was involved in relief projects following the immense damage caused by Hurricane Katrina on Southeastern U.S in 2005:

Since Hurricane Katrina in 2005, myself, and others have spearheaded disaster relief field kitchens and distribution, sometimes reaching as high as 5,000 meals served per day. We are a grassroots, by-the-bootstraps operation that is supported by Organic Valley, Dr. Bronner’s, et al. In some sense, our kitchens have helped be a community hub where folks can come grab a warm meal, some basic supplies, and network. My role has been various kitchen and logistic duties, as well as, networking between storms. We are currently forming a nonprofit called Grassroots Aid Partnership, which recently responded to Hurricane Florence.

Pat McGovern participated in a clean up day at Hurricane Flats after Irene in 2011:

The aftermath of Hurricane Irene in 2011 brought flooding to many of the river valley farms in Vermont. Hurricane Flats, an organic vegetable farm situated on the White River in South Royalton, VT was hard hit. The flood waters were contaminated and the 8-acres of vegetables in late August were deemed unfit for consumption. Initially, the owner/farmer. Geo Honigford, stunned by his losses, joined forces with others to help dig out neighboring farms. It was Geo’s friends who put out a call for a clean up day at Hurricane Flats. At least 120 people showed up decked out in work clothes and gloves, with buckets, shovels, and rakes and potluck food in hand. Those that could do the muck work headed to the fields, while others made their way to the kitchen to organize a communal meal.The clean-up task was to pull up the mud-embedded plastic mulch and irrigation lines and ready the fields for plowing and planting of a cover crop. My photo album on Facebook tells much of the story.

The day was both heartbreaking and heart-filling. Such damage and loss… and a beautiful spirit of generosity, camaraderie, and good will.