Participatory Budgeting is Gaining Momentum in the US. How Does it Work? - Shareable
Skip to content 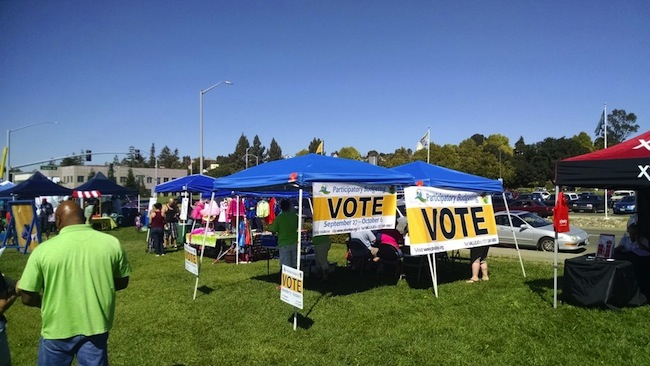 It's tax season in America. With the deadline looming to pay Uncle Sam less than a month away, many are wondering — or grumbling — about how their tax dollars are allocated in the first place. But now participatory budgeting, a concept in which citizens get to vote democratically on how a particular pot of public funds will be spent, has been gaining traction across the U.S. over the last few years, and promising to give citizens a voice in these matters.

The Participatory Budgeting Project (PBP), a nonprofit organization founded in 2009 that aims to "deepen democracy, build stronger communities and make public budgets more equitable and effective," is one of the most visible groups working with cities, communities, and schools to implement participatory budgeting processes (primarily in the U.S. and Canada). The group, which has offices in New York City, New York, and Oakland, California (and staff located in Chicago, Madison, and Cambridge), is funded through grants or contracts from the cities or organizations that have allocated funding for PBP to help manage the participatory budgeting process.

Ginny Browne, a project manager at the Participatory Budgeting Project's Oakland office, spoke to Shareable about what her organization is doing to move the concept forward.

Kristine Wong: Tell me about participatory budgeting's reach and how it's been implemented.

Ginny Browne: Participatory Budgeting (PB) has actually been a global movement since 1989. While it's new here in the U.S., there are over three thousand processes across the world in every continent. In the U.S., it started in 2009. We've supported 180 participatory budgeting processes, which have allocated more than $200 million and enabled 200,000 votes cast by community members, since then.

In the last eight years, PB has spread to 16 communities or cities. And in New York, where we did the largest PB process in the U.S., there are 30 council districts that are doing PB. It's most interesting seeing not just PB expand in geography, but different kinds of institutions and different types of money. These budgets have become more transparent, effective, and efficient. While PB started being implemented in the U.S. with discretionary funds that city council members have control over, we've seen tremendous interest in high schools and in college and universities.

How does participatory budgeting work?

A typical process lasts seven to nine months. It starts with designing the process and the steering committee. The steering committee is made out of community members, groups, and organizations. Then it goes through the idea collection part of the process, where we go into the community and hold public assemblies where people are already gathered — such as high schools, and senior and community centers.

People there talk about pressing needs in their communities. They [the participants] work in committees over several months and evaluate the ideas. They go out and do research and meet with staff and turn them into concrete proposals for the ballot. Voting takes place for around a week, and from there it is funded into the city budget cycle. But the process can vary from location to location. 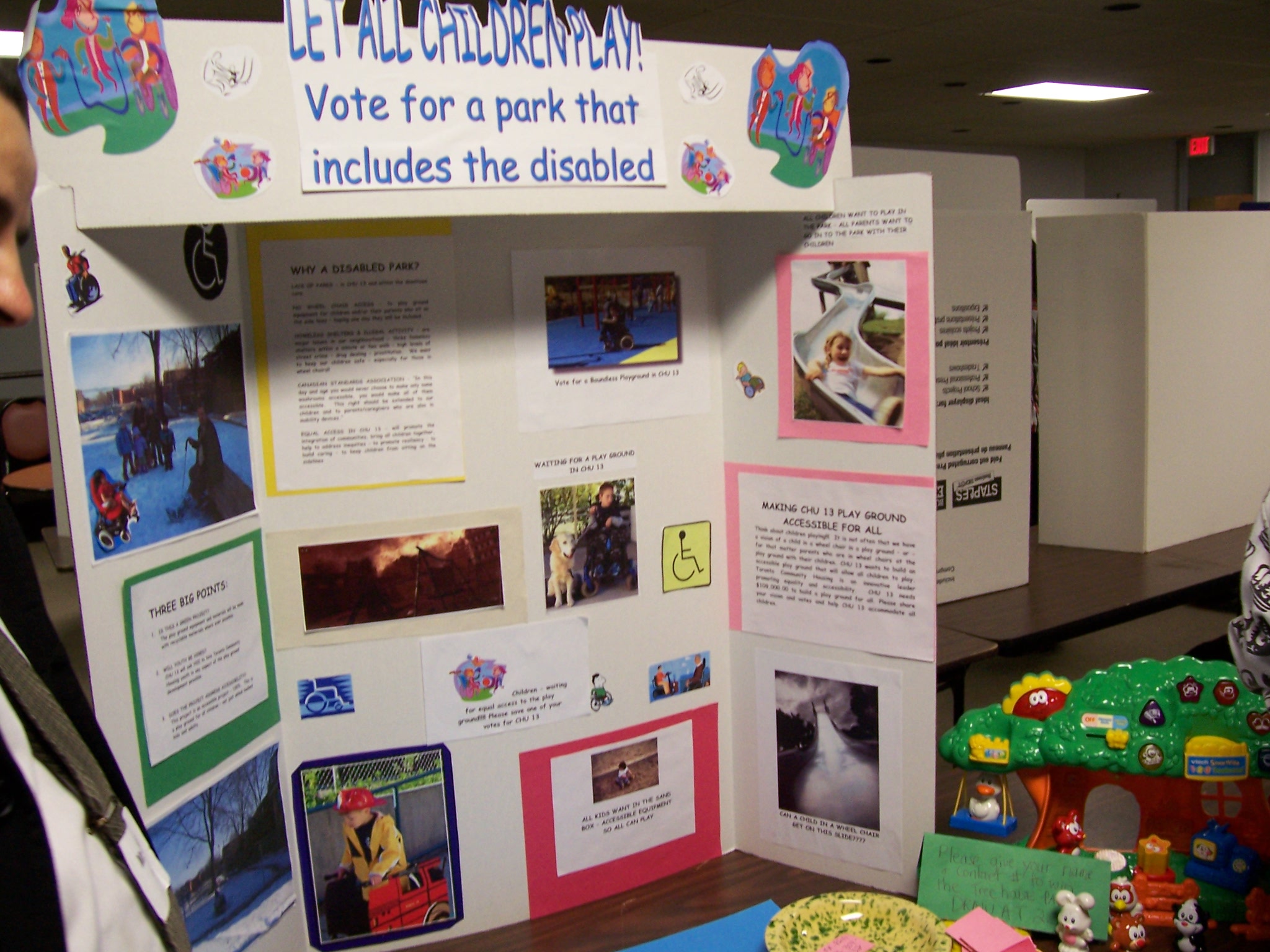 The steering committee will choose how it the PB process works, who should be eligible to participate, if there a minimum voting age, what are the goals for this process, and what are the kind of outreach strategies we want to use. All of these questions are really grounded in thinking about who in our community has been the least represented in making budgets. The steering committee monitor and implement how the projects gets funded.

What are some common challenges in the process?

There's a couple. Often times one of the big questions that we get especially the first time we’re doing PB in a community is 'How do we know that if I get involved in a process it will make a difference?' People have gotten involved and they've shown up at town halls and city councils and they feel like it hasn't made a difference. A lot of times, they're right. The difference with PB is there are X millions of dollars on the table.

You can decide how to spend it, and there's always a period of trust and relationship building, especially for communities that are disenfranchised from government and from government decisionmaking. So it's really showing people and including a process where people do get to see that their participation actually matters. 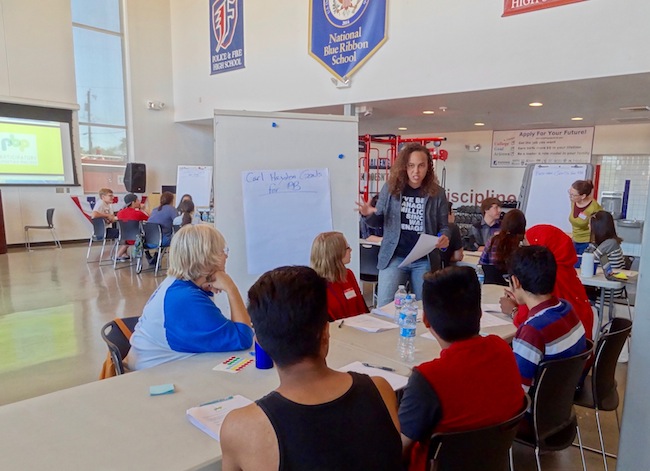 In Oakland, where we recently wrapped up a PB process, we certainly had a challenge around time — because these are federal funds [that were being voted on how to be spent], there was a strict timeline where the city had to follow on determining how the funds would be spent. And another challenge is the size of the budget itself.

We'll often get a lot of questions from folks in local government where they have $50,000 or less to spend and want to do PB with that. In our experience, with the kinds of investment, people need to see the impact of their participation in a very meaningful way. It really needs to be big enough to have an impact.

How about the process that recently wrapped up in Oakland — how did that work?

The process in Oakland was focused on how to spend Community Development Block Grant (CDGB) funds which are federal funds that a city receives for programs and services for capital improvement to serve low to moderate income communities. In Oakland, the focus of the process was really engaging low income residents in setting the priorities for these funds. In a lot of cities we work in, there's a federal requirement that when allocating CDBG funds there should be some sort of engagement process. 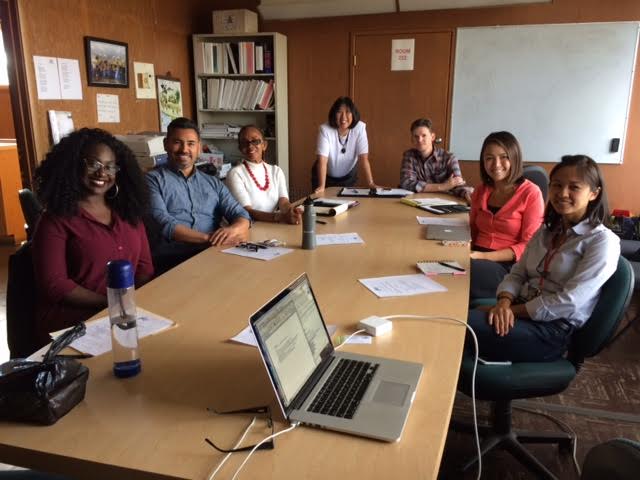 In a lot of cities this public engagement requirement has been largely meaningless, and in Oakland, historically there has been a much more robust channel for having a community voice over the funds. In every council district, there are resident district boards to make recommendations to the city on how these funds should be spent. Over the last 15 years or so, CDGB allocation for Housing and Urban Development funds has been getting smaller and the city has fewer resources available to these resident boards. So in a lot of council districts, there has been many years since the board met and no one was on the board. The city was really interested in looking to PB as a way to revitalize these district boards and resident engagement on how it is spent. The results have been released in an RFP [request for proposals] on the city's website. Some of the winning projects include apprenticeship and job training for youth, a number of different projects around homelessness and safe routes to schools programs, lighting and safety improvements in Chinatown, and community gardens.

The steering committee in Oakland really wanted to engage youth in the PB process, so they decided to eliminate a minimum voting age. Here in the U.S. there's always been a minimum voting age, so Oakland is first place in U.S. where there's no age requirement to vote. We had elementary school students voting at Sankofa elementary school in North Oakland. All of the PB implementation costs and money for targeted outreach was about $140,000.

Please share another example of a participatory budgeting process that you think is especially notable.

One process I'd point to is the city of Boston. Boston is the first place in the U.S. to do an all-youth process. The youth are the ones designing the process and voting on what should be funded. The city has won awards from China and from the U.S. Conference of Mayors for the process. They have really exemplified how PB can be leveraged to really draw on participation across functions and processes. 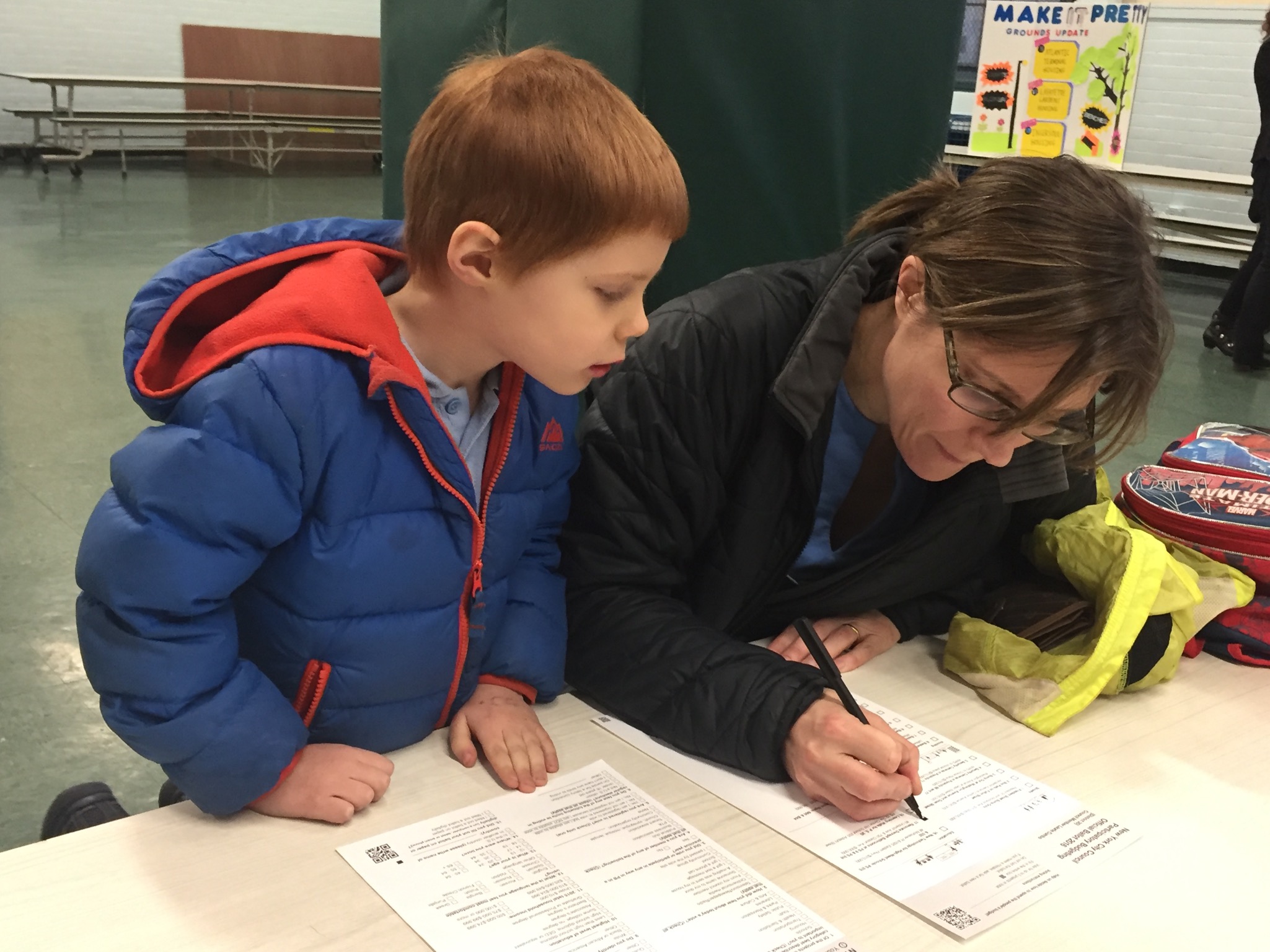 Even though the pot of funds is restricted for capital projects, they use the PB process to get input from young people on priority areas such as the city’s youth and employment programs. It's through PB where they can get input on how the city runs its youth employment program.

What are some trends you've seen within participatory budgeting lately?

We're seeing research on PB processes in the U.S. consistent showing that PB processes more closely reflect the demographic makeup of their communities than traditional elections. PB processes open up participation and voting to people who are typically disenfranchised or marginalized, including youth, non-citizen residents and the formerly incarcerated. Participants as young as 10 or 12 years old can vote and develop a long term passion for civic action.

What are obstacles to participatory budgeting spreading even faster?

The biggest obstacle to PB spreading is a willingness to try PB with meaningful funds. There are millions of public budgets in the U.S. that allocate hundreds of billions of dollars each year.

What will you be working on next?

Taking inspiration from our partners on other continents, we're currently in the process of launching a North American PB Network to connect and deepen our support for practitioners and advocates. We're also supporting a host of new efforts in Southern cities to expand PB in that part of the country, as well as developing new resources for educators who want to bring PB into the classroom, like our new PB in Schools Guide. Last summer, PB was included in the Movement for Black Lives Policy Platform, and so we've also been excited to partner with Black Lives Matter network groups who are looking to democratize police and criminal justice budgets and other funding streams that have direct bearing on racial justice issues.