Over the past few weeks, political circles have been all abuzz over a report by Princeton University's Professor Martin Gilens and Northwestern University's Professor Benjamin Page that concluded the U.S. government is an oligarchy as opposed to the representative democracy we've all been led to believe. After reviewing research from several decades of public policy, they concluded, "When a majority of citizens disagrees with economic elites and/or with organized interests, they generally lose. Moreover, because of the strong status quo bias built into the U.S. political system, even when fairly large majorities of Americans favor policy change, they generally do not get it."

That's right. Majority does not rule in America. Not even — in the case of, say, gun control — when upwards of 90 percent of the population is in favor of change. But, as with any rule, there are exceptions. And that's where participatory budgeting comes in.

Participatory budgeting is a process by which community members are directly involved in the budgeting process of a city, county, state, school, or other public entity. At the forefront of the U.S. movement for the past five years, the Participatory Budgeting Project (PBP) recently issued their own report — Real Money, Real Power.

[the participatory budgeting process] begins with hundreds of people attending public assemblies to brainstorm spending ideas that could improve their communities. They select volunteer “Budget Delegates” to represent their neighborhoods. With guidance and training from PBP and other experts, the Delegates transform the initial ideas into concrete project proposals. Thousands of people then vote on the proposals they want to see in their communities. The government or institution then funds and implements winning projects.

As an example, some 17,000 New York City taxpayers helped allocate more than $29 million during the last budgeting cycle. PBP supports groups during the process by providing technical assistance, education, research, and evaluation. Along with New York City, PBP has helped facilitate the participatory budgeting process in Boston, San Francisco, Chicago, and Vallejo as government officials seek common ground with citizens and community organizations. 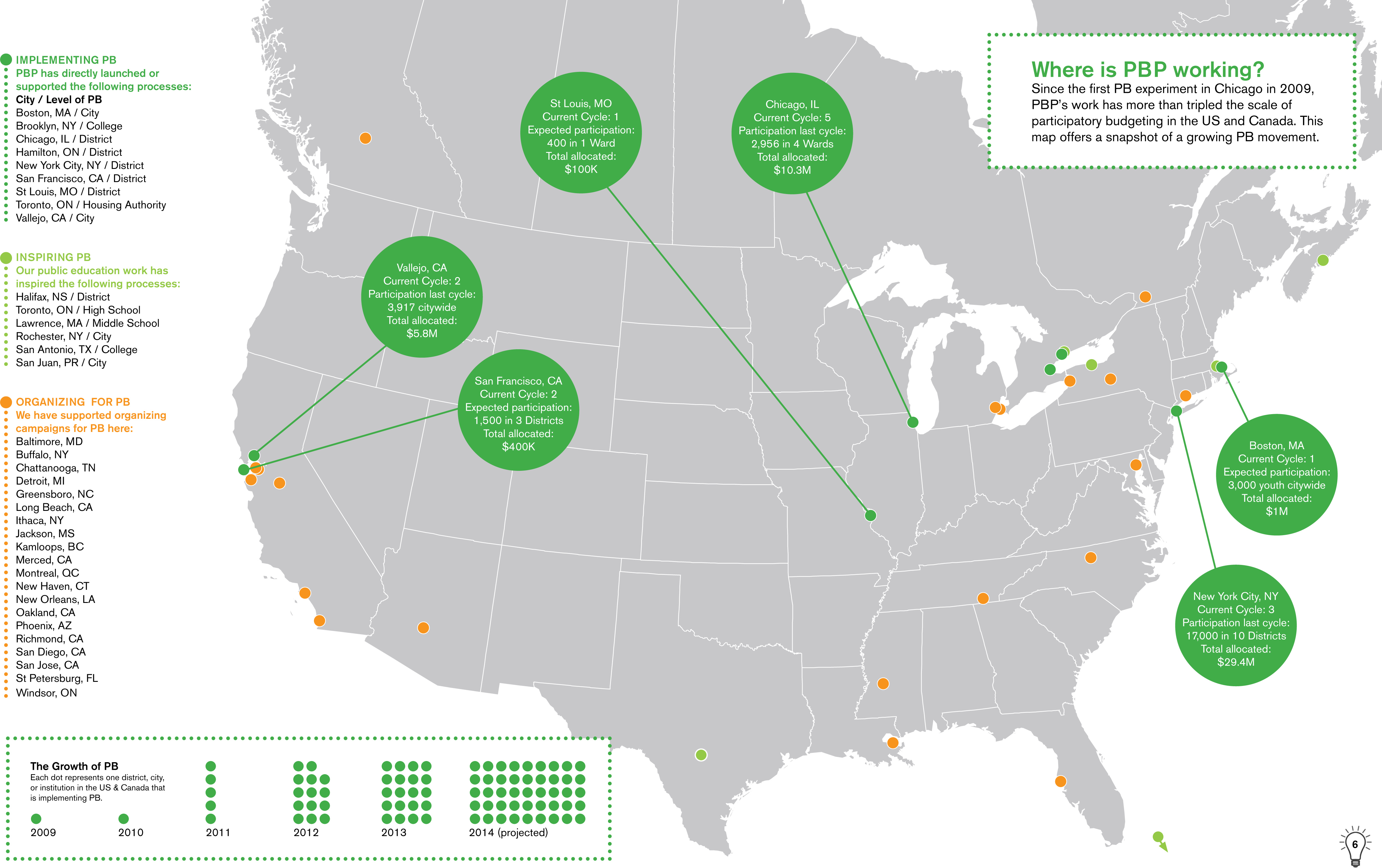 Within those communities, PBP helps the involved parties increase civic engagement, broaden political participation, inspire community leaders, and bolster relationships. Of course, one of the most important outcomes is a budget — and, hopefully, a government — that is truly by the people, for the people. 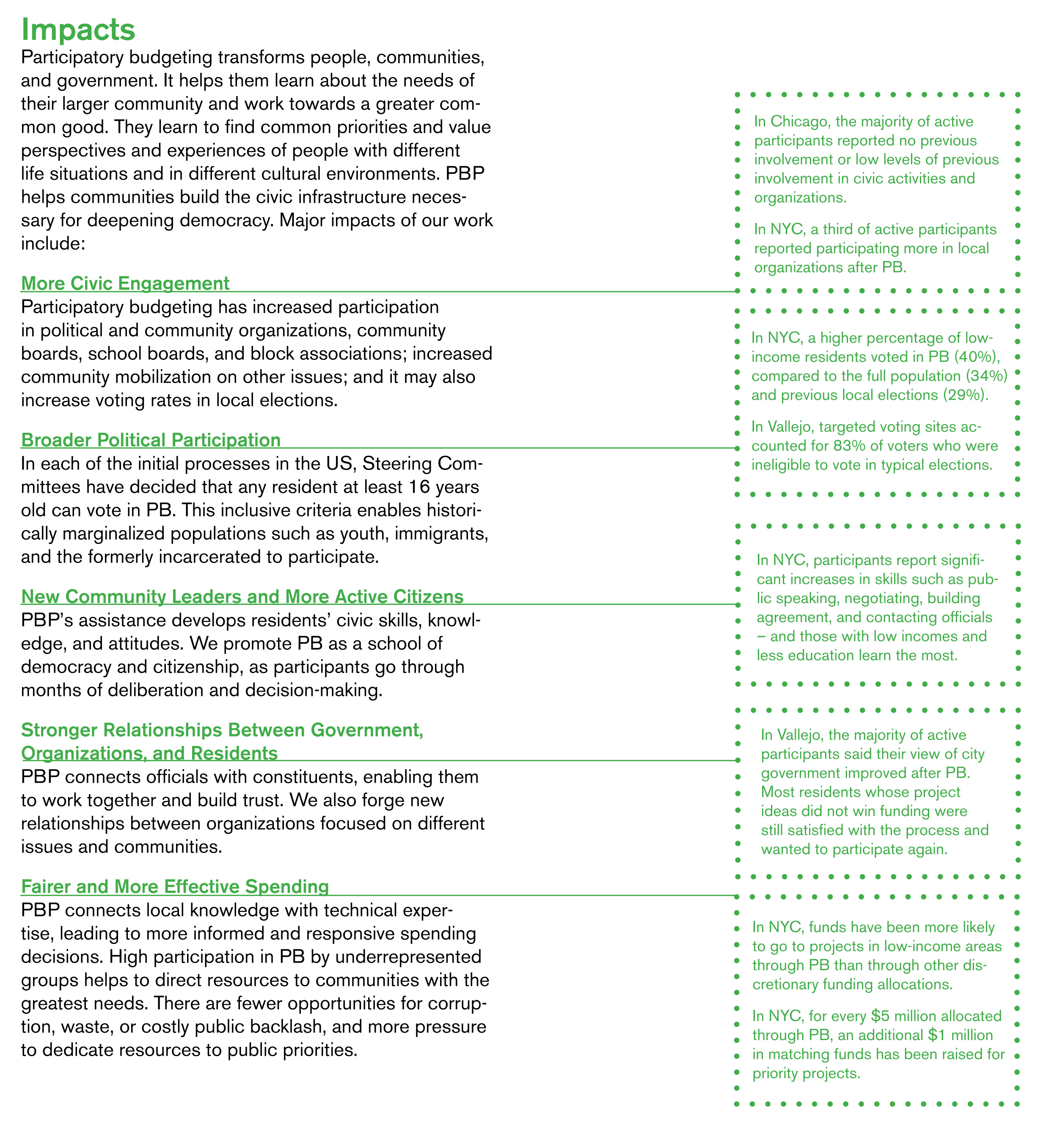