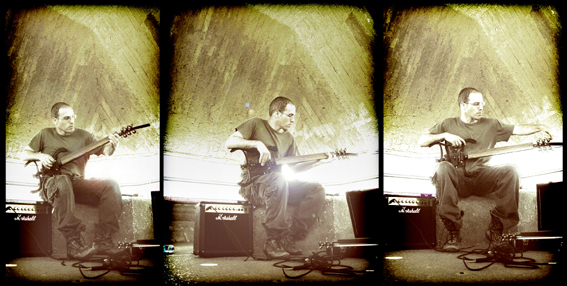 The phrase 'democratizing the creative process' has been raised more than once over the last decade. The idea of enabling information, knowledge and resources as free accessible commodities is gradually becoming one of the 21st century's biggest movements. The first decade was characterized by global initiatives of amplifying information distribution and storage capabilities. Gradually digital tools are becoming more common, user friendly and free. All in all bottlenecks of distribution and production are beginning to dissolve. In this environment the hardware industry is about to enter its own disruptive era. The growth of this change however is not based entirely on the improvement of the machines but rather on wider cultural aspects.

The transformation to digital format has made entire industries more accessible and collaborative (news, photography, publishing, film and music). Scanners, printers, samplers and editing softwares are just some of the tools that enable us to read, write and edit information. Whether it is music, text, images or CAD files (Computer-Aided-Design) they can all be characterize now as types of information. As production and distribution costs become marginal, innovation and ideas (of how to use them) are becoming the most important asset. This transition will gradually transform our economy from an economy of commodities to an economy of ideas. The question is 'Does the removal of all restrictions of a creative process necessarily lead to a creative Renaissance?'

In almost every creative discipline like music, photography or video-editing, one can rent professional equipment or a studio to produce a project. Hardware innovation and design are not different in principle. Local hardware fabrication services like TechShop are becoming more common, similar to local printing services for photos and graphic design.

Today most of the hardware design process is made on computer softwares. The information is saved as a digital CAD file (Computer-Aided-Design) and can be sent via email, for fabrication by different types of fabrication machines. 100Kgarages.com and HackerSpaces.org are communities of decentralized workshops all over the world that offers their manufacturing machines services. Shapeways.com and ponoko.com are examples of a new business model that offers production services on the web. Designers can upload their CAD files to their websites choose materials and have it ship to any corner in the world. The decentralization of the means of production represents an alternative to the centralization of the manufacturing industries in south East Asia and China in particular.

With the increasing usage of decentralized fabrication sites, 3D design software and printers we're experiencing the beginning of an alternative creative industry and economy. Still, as we can learn from similar creative disciplines, the rise in the popularity of the domestic paper printer for example didn’t create a society of novelists.

These days there is a lot of confusion about how will the 3D printing technologies will affect the hardware industries and consumerism. Most predictions are based on a technological analysis, of comparing the abilities of the 3D domestic printers to industrial capabilities. This approach considers the use of these technologies from an industrial mass production point of view. However comparing technical specs never helped understanding cultural behavior and tendencies. 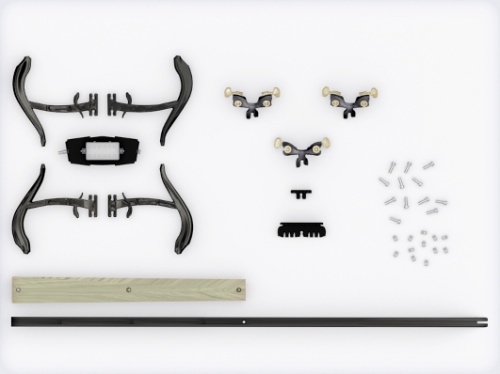 One of the Zoybar Hardware Kits

The domestic fax/printers for example were once considered as new pipe lines to distribute printed media content directly to the readers. In this scenario the daily paper was supposed to be faxed to the subscribers or printed on their domestic printers. Obviously it didn’t work, it was the same content, only on a much expensive technology. For the passive consumers it didn’t make a difference. We mostly use domestic printers to print (create) our own original content or when we need a hardcopy and can't get it elsewhere. Passive consumption of content (objects) doesn’t provide the incentives to use these new machines. 3D printer's potential isn't also in fabricating existing available objects by passive consumers. Their most powerful feature is providing special needs that aren’t being recognize by mass media / production manufacturers.

Digital fabrication machines and softwares have been around for a couple of decades now. For many years these technologies were considered highly expensive making costs the main argument for holding back their popularity. However the rise of free open source tools in the last five years, can reject this assumption. One example is Blender. Blender is a free 3D graphic software that can be used for modeling 3D Cad files (Computer Aided Design) and interactive applications including video games, animated film, or visual effects. Released as free software under the GNU General Public License. RepRap is a 3D printer that costs about $500, developed by a community of engineers in an open source environment. David-laserscanner is another example of how to convert your web camera into a 3D Scanner. In fact people can now scan jewelry, artwork and designed objects, edit and transform them to their taste and have them fabricated from their home computer without the need to own expensive machines and materials.

Mass consumerism and sharing objects as digital files (information) would probably affect logistic industries such as shipping and distribution, storage, packaging and marketing chains. Not to mention insurance, taxes, customs, intellectual properties and patents. Still although their availability and low costs, these technologies haven't yet managed to attract the masses.

At the moment the goal of enabling information, knowledge and resources as free accessible commodities is more of an ideal than common practice. There is still a need for a gratifying incentive that will raise the common use to a critical mass.

In 2005 I founded Zoybar. Zoybar is an open R&D Lab for academic, hobbyist, and commercial developers to easily create music instruments and applications. Most of these new platforms were developed individually at about the same time. Over the last few years our high profile coverage has been highly instrumental in raising the awareness of these new trends. Since our official launch (on 2009) Zoybar has been recognized and awarded as a pioneer in the field of hardware design and innovation processes. On January 2010 Zoybar received the Atir award – Israeli Industrial Design Awards by the Ministry of Trade, Industry and Labor. Our work has caught the eye of various magazines, Journals and TV Shows around the world such as REUTERS, AFP, ZDF German TV, Fast Company and on the cover of ID magazine among others. In part two, I will elaborate on the current collaborations that practice these new trends and tools.

Ziv Bar Ilan is the founder and CEO of Zoybar. Ziv directs the firm's design and business strategies, where he has pioneered techniques for accelerating innovation through co-creation models and

Ziv Bar Ilan is the founder and CEO of Zoybar. Ziv directs the firm's design and business strategies, where he has pioneered techniques for accelerating innovation through co-creation models and open hardware platforms. Since its launch, Zoybar has been recognized and awarded as a pioneer in the field of hardware design and innovation processes. On January 2010 Zoybar received the Atir award - Israeli Industrial Design Awards by the Ministry of Trade, Industry and Labor and the Israeli manufacturing association. Zoybar has caught the eyes of various magazines, Journals and TV Shows around the world such as REUTERS, AFP, ZDF German TV, Fast Company and I.D magazine among many others. For the last seven years Ziv is living in Kibbutz Kiryat Anavim located between Tel Aviv and Jerusalem, Israel.