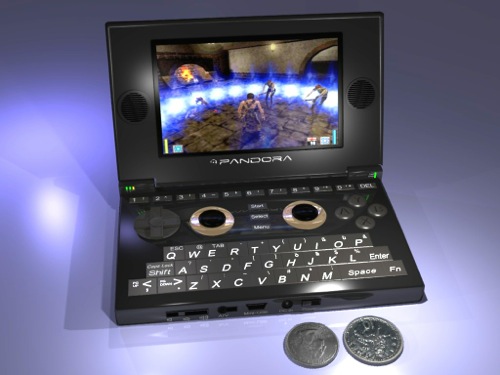 This week at the Los Angeles convention center, the behemoths of the gaming world — Sony, Microsoft, and Nintendo — announce their new products and game lineups for the holiday season at the E3 Expo. This year’s announcements are being watched closely by gamers and tech industry followers alike, as Nintendo unveils details on its new game platform Wii U, which appears inspired in equal amounts by the iPad and hallucinogenics. Much more quietly, Ithic.com announced on Friday that the open source gaming handheld Open Pandora is now shipping to the United States after two years of active development, during which time the tech press surmised that the project was nothing but vaporware.

Weighing in at a similar size to the Nintendo DS, Open Pandora is a lightweight Linux computer with a built-in screen and D-pad for gamers who prefer the tactile feeling of physical controllers to the touch-based controls of iOS games. In the game business, the notion of an open source console is nearly heretical. While hardware manufacturers Apple, Amazon, and (increasingly) Microsoft get dinged for their non-customizable devices and locked-down software platforms, they’re playing a dubious game of catch-up to game console makers, which have released tightly-controlled hardware and demanded licensing fees from developers since the ’80s. 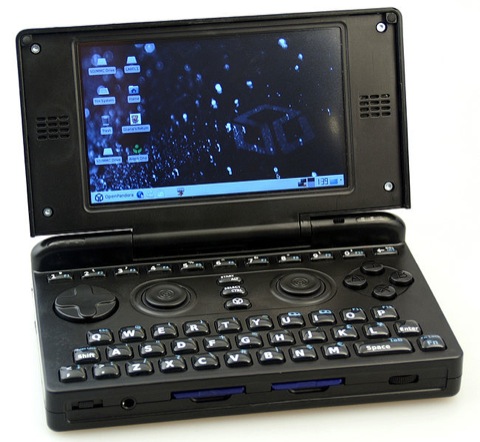 Photo of a Pandora console by Michael Mrozek.

Of course, gamers don’t buy consoles based on the terms of the software license: they buy them for the games. And in this respect, Open Pandora is operating at a certain disadvantage. Linux lags far behind dominant PC gaming platform Windows, requiring gamers to resort to emulation to play most big-name titles. Since new marquee titles often require bleeding-edge graphics cards, the added abstraction layer of software emulation is less than ideal. Which speaks to Open Pandora’s real value proposition at this point: it’s a lightweight, portable gaming device on which you can play titles from gaming’s past using emulators of old consoles and arcade machines, a practice that exists on uncertain legal ground.

Regardless, there’s never been a better time to release an open source gaming console. Bolstered by the increase in smartphone owners looking for lunch hour time-killers, digital distribution, and crowdfunding platforms such as Kickstarter, indie game development is becoming a viable alternative to cranking out $200 million blockbusters for giant studios. While Open Pandora poses little immediate threat to the game makers unveiling their wares this week at E3, it’s an industry already experiencing significant disruption. The convergence of the indie gaming community, online gaming, digital distribution, and dedicated hardware suggests that open source gaming has a promising future ahead of it.