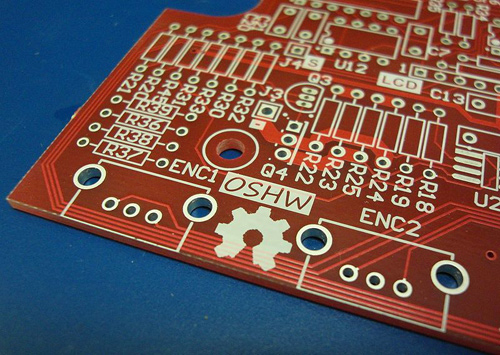 The future of open source hardware is bright. Making designs available to the public encourages innovation, builds community and drives commerce. From desktop 3-D printers to small-scale wind turbines, open source hardware has the potential to transform us into a society of designers, makers and sharers.

Michael Weinberg is working to make sure the future stays bright. As senior staff attorney at Public Knowledge, a Washington, D.C.-based public interest group, and author of the white paper, It Will be Awesome If They Don’t Screw It Up, part of Weinberg’s job is to introduce innovative technology to the people on Capitol Hill. The idea is to get policy makers familiar with, and enthusiastic about, open source hardware before legislative issues arise.

“If you’re a legislator and the first time you ever hear about 3-D printing is someone coming into your office saying, ‘This horrible pirate box is ruining my business,’ you would have one world view of 3-D printing,” he says. “If the first time you hear about 3-D printing is someone saying, ‘Wow, look at all these new businesses and people who are coming together around technology and creating all these amazing things,’ you have a different world view about the subject. Both of those world views are subject to change, but where you start is significantly different.”

Understanding that the growth of the open source movement has the potential to be disruptive, Public Knowledge is out ahead of the curve, working to ensure that policy makers see the movement’s vast benefits.

He points out that some individuals and industries see disruption as a great opportunity, but others want to keep things the way they were before the disruption. Weinberg and his colleagues want to ensure that policy makers don’t imagine a dystopian future and then make laws to prevent it. “A general concern,” he says, “is incumbents being able to use Washington to block disruption or to mitigate disruption.”

One way that Public Knowledge works to avoid this is by meeting with the people on Capitol Hill. They bring innovators together, go to the offices around the Capitol, set up in the lobby and talk with people. They provide information sessions and then, ideally, give policy makers a chance to interact with the hardware. It’s a no-pressure way to get them excited and informed about open source hardware such as 3-D printers, and because they’re not asking for anything, people have no reason not to be receptive.

“The meetings are generally low-stress,” Weinberg continues, “because they’re between this new innovator who is either embracing or creating technology, and very often creating jobs, and someone who represents that company or represents that person in Washington or is on a committee that oversees that stuff. It’s sort of a feel good story at that point. People say, ‘Oh, great, this is fantastic, this is really cool.’ That’s kind of all we want at the early stage.”

That way, down the road, when issues do arise, Public Knowledge doesn’t have to spend the first half of a meeting explaining what it is they’re talking about. “You walk in and say, ‘We’re talking about 3-D printing or open source hardware’” says Weinberg, “and they say, ‘Oh yeah, I know where we are with it. What’s the real issue?’”

Originally, the meetings were targeted only to congressional staff and policy people, but Weinberg says that over the years they’ve discovered that there’s a lot of value in inviting the public as well. Having a mix of people there who are curious and excited helps to get policy makers excited too, which is a good foundation to work from when there is an issue on the table.

“I always tell people,” says Weinberg, “that it’s much easier to make friends in Washington before you need something; before you have a problem.”

Public Knowledge's upcoming event, OH/DC: Open Source Hardware Comes to D.C. is on Friday, April 20, 2012. It is free and open to the public.