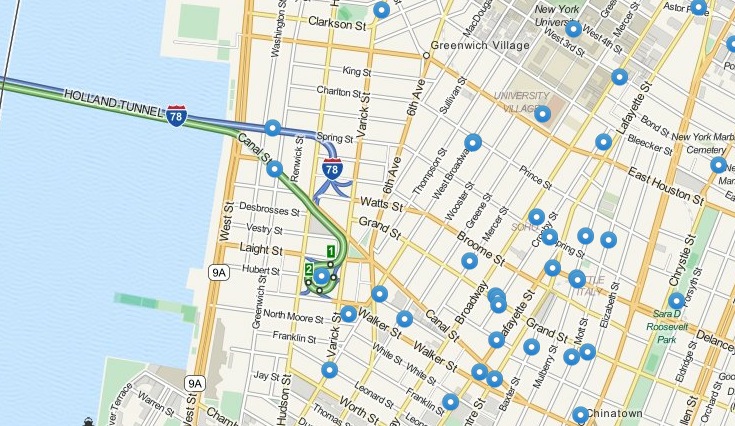 As demonstrated by the fierce competition in mapping and local listings, the future of the web is mobile and local. But much of this data is silo’d by for-profit companies that use it for competitive advantage, enriching these businesses but not the commons. As non-profit Open Plans declares in its mission statement, “Information is the currency of democracy,” which is why the organization’s open source location-aware crowdsourcing platform Shareabouts is a compelling example of how civic tech can serve the public interest and enrich the commons.

Shareabouts evolved out of the NYC DOT bike share map, which allowed residents to propose and comment on locations for the city’s bike sharing program. A Rails app built upon a spatial database, the Shareabouts project aims to let users submit locations that can be voted and commented on by other members of their community. A demo instance can be found on the Shareabouts site. 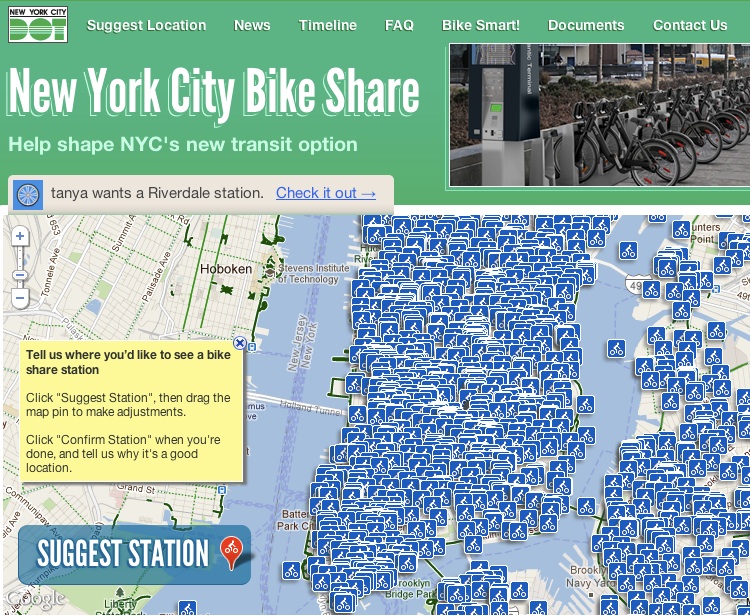 Still in its early stages, the platform has been deployed in Portland and Philadelphia to solicit suggestions for bike share station locations, in Manhattan to map street clutter, and to map biking and walking facilities in Kansas City. The Code for America Brigade is also working on a deployment in San Francisco.

The potential applications of the technology are promising, from location-aware direct democracy initiatives such as gauging public support for civic development plans, to the reporting of urban problems such as blight or requesting storm cleanup. Shareabouts could also theoretically be leveraged by nascent sharing services: instead of building a location-aware platform from the ground-up, collaborative consumption services could build on the platform or tap into data from Shareabouts instances to populate their pools of users and resources.

Open Plans has released the code on Github, and invites developers to contribute, add new features, test for bugs, and write documentation. More information can be found on the Shareabouts wiki and on the Code for America Brigade page.