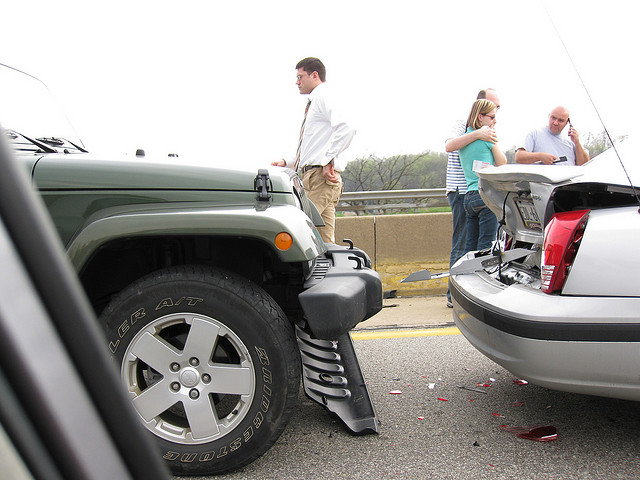 Imagine this: a friend borrows your car, and is involved in an accident. No one is hurt, but the vehicle is badly damaged and the other driver fled the scene. Normally this would be an insurance nightmare, but for Emily Castor, a San Francisco, California resident who regularly rents out her vehicle through Getaround’s peer-to-peer (P2P) car sharing service, it was practically a non-issue.

“The renter, who had used my car on several previous occasions, called me right away to let me know what had happened,” said Castor. “We both called Getaround to report the incident, and they assigned a customer service representative to the case. It never occurred to me to involve my insurance company, because I knew I was covered under Getaround’s policy, and they handled everything from that moment on.”

Getaround offers auto insurance that covers both owners and renters during a rental period. This insurance policy will defend a claim independent of any other coverage on the vehicle, meaning that neither the owner nor driver will need to involve their personal insurance carrier. Similar insurance policies are offered by other P2P car sharing companies.

This seems straightforward, but the insurance issues around renting out your car through a peer-to-peer service are not well understood, and for good reason. The complication is that personal car insurance policies have a clause stating that commercial use is not covered. Renting a car to a neighbor is considered a commercial use and insurance companies have the right to cancel or non-renew for this reason.

However, there have long been exceptions to this clause, such as the use of personal vehicles for pizza delivery work, and insurance companies rarely if ever cancel for this reason. “If you use your car for a commercial purpose, such as renting out your car, your insurer has the ability to cancel or non-renew your insurance policy.” said Shelby Clark founder of RelayRides. “In practice, however, insurers don’t do this because they are used to dealing commercial use of a vehicle…and it would make no sense for them to turn away paying customers who don't pose added risk to them, and owners who rent their cars out do not pose added risk because the rental is not covered.” The purpose of insurance offered by P2P car sharing companies is to provide coverage where it’s excluded in a customer’s personal car insurance policy. All major U.S. P2P car sharing services offer special insurance to fill in this gap.

Despite this, the recent New York Times article, “Share a Car, Risk Your Insurance,” concluded that because of this clause and the comments of a few insurance industry spokespeople, renting your car to a neighbor defies your insurance company and puts your policy at risk.

Some in the P2P car sharing industry believe the New York Times greatly exaggerated the risk. "There have been zero cases of members’ personal car insurance being cancelled or non-renewed due to using our service in our two years of operation in Massachusetts,” said Clark. RelayRides offers a $1 million dollar policy to ensure that both driver and owner are covered when a vehicle is rented.

According to Clark, heightened concern and in some cases misinformation surrounding insurance for P2P car sharing members is the result of the sheer newness of the industry. “There have been several instances of our California customers being told by front line insurance representatives that their insurance would be cancelled if they rented their car to a neighbor even though it would be illegal for an insurance company to do that in California,” Clark said.

In addition, Clark believes that insurance industry spokespeople have been conservative in their statements about the new practice to reserve their companies’ rights. “It’s not surprising that some insurers would not go on record with the New York Times to say they would never cancel an insurance policy because the owner rents out his/her car,” said Clark. “Their public statements to the New York Times likely do not reflect what they would do in practice, and do not match what we’ve seen in real world use at RelayRides.”

California is one of three states (Washington and Oregon are the others) that have recently passed laws making it illegal for insurance companies to cancel policies because a policyholder rents their car to another individual. Those in the P2P car sharing industry view these laws as technically unnecessary but important to public adoption of their services.

Insurance companies have had ample opportunity to oppose these new laws, but have not mounted a serious effort to do so. In fact, there were zero votes against AB 1871, the California peer to peer car sharing insurance law that went into effect January 2011. There the law was viewed as good for working families and the environment appealing to both sides of the political aisle. The Senates in Oregon and Washington showed similar overwhelming support for the laws with votes of 25-3 and 44-4, respectively.

Heffernan Insurance Brokers in the San Francisco Bay Area would rather be at the forefront of this change than hang back. Seeing the growth of P2P asset-sharing companies prompted the agency to develop insurance products specifically for P2P sharing businesses so end users, companies, and investors are adequately protected. "Many insurance companies and financial institutions have an appetite for change and innovation…the success in bringing new insurance products to the market is persistence and the ability to communicate ideas in a relevant way," said Julie Davis, Vice President at Heffernan. Getaround is one of her clients.

So what does all of this ultimately mean for you, the car owner and would-be car sharer?

P2P car sharing companies offer insurance policies that cover cars during rental to fill in the gap in personal coverage in the unlikely case of an accident. Simply put: know what your car sharing insurance covers and how that relates to your personal car insurance policy. And as always, keep sharing but use your common sense and know your risks.