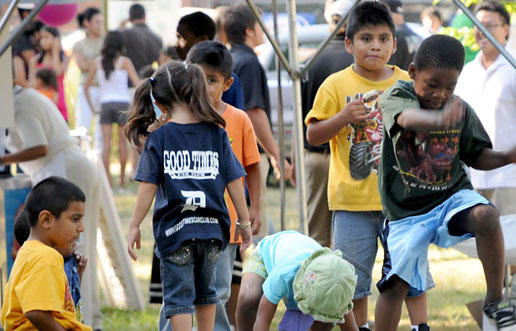 Cities are complex hives of human activity that bring out all that’s inspiring and troubling about modern life, often at the same time.

New York’s revitalized districts sizzle with creative fervor yet other parts of town struggle with poverty and crime. Chicago’s Lakefront exudes prosperity while pockets of the West and South sides look like they’ve been bombed. Even an economically challenged city like Philadelphia sports charming, bustling Center City neighborhoods along with extensive post-industrial ruins.

We expect extremes in American cities–except in the case of Detroit, which all too often viewed as one, big, monolithic mess. Folks elsewhere can’t even imagine the existence of beloved spots in the city like the charming Riverwalk, the bustling Campus Martius town square, the bountiful Eastern Market, the lovely Dequindre Cut bike trail, cozy neighborhood restaurants or hot music clubs. Ambitious downtown redevelopment projects, such as Quicken Loans and Compuserve's  downtown headquarters, come as shock. So does a housing shortage  in the flourishing Midtown area–home to Wayne State University and two world-class medical centers, Detroit Medical Center and Henry Ford Health System.

And that’s only part of what most people don’t know about Detroit. While downtown and Midtown fit the usual pattern of urban progress–established institutions and developers guiding most of the changes — other parts of town are following a different playbook for revitalization.

The best example is Southwest Detroit–a traditional blue collar area once filled with auto factories that’s been a melting pot for successive waves of immigrants from Central Europe, the American South and, now, Latin America and the Middle East. While poorer than any other part of town, according to figures from Data Driven Detroit (DDD), Southwest’s entrepreneurial vigor, community spirit and appealing urban ambience position it as a promising model for Detroit’s future.

Many people from outside the neighborhoods are immediately impressed by its wealth of small businesses, lively street life and ethnic diversity, notes Rachel Perschetz, a tourism development specialist who recently moved to Detroit from Washington, D.C. Southwest is 39 percent Hispanic, 39 percent African-American and 18 percent white.

It’s also hailed as Detroit’s most walkable neighborhood. Vernor Highway, despite its name, is a classic two-lane urban artery running from downtown to the doorstep of Ford’s River Rouge auto plant, lined most of the way with grocery stores, taquerias, churches, bakeries, drug stores, furniture stores and other establishments that meet people’s everyday needs. Kathy Wendler, president of the Southwest Detroit Business Association, says the street “has become our plaza or piazza. It’s where people meet and greet. That helps explain strong social relationships in the neighborhood.”

Wendler also points to the high concentration of independently owned businesses as another of the neighborhood’s assets. “The money turns over in the community more times,” she says, rather than being vacuumed by out-of-town chains.

“A lot of people moving to town rent elsewhere but then buy a house in Southwest,” adds Perschetz, citing strong community involvement in the schools, fewer vacant properties and many grassroots organizations working to make things better as prime reasons.

Perschetz was introduced to the neighborhood as part of the Detroit Revitalization Fellows Program , a Wayne State University project (supported by the Kresge Foundation, the Ford Foundation, Hudson-Webber Foundation, the Skillman Foundation and Wayne State) that pairs rising young professionals with organizations at the forefront revitalization efforts across the city. She’s now working with Southwest Housing Solutions, a longstanding nonprofit affordable housing and commercial property developer. Her primary focus is Vista, an ambitious community-driven retail and arts development near the Ambassador Bridge to Canada.

“Southwest Detroit is already a popular destination for visitors from Canada and Detroit suburbs, specifically for the Mexican restaurants,” she explains. The 20-block project aims to capitalize on this asset by creating vibrant public spaces, new shops and cultural events, which can be enjoyed by local residents as well as bringing visitors, jobs and investment to the community.

“We have people driving 55 miles to Mexicantown for dinner, and then staying only 55 minutes,” observes Tim Thorland, executive director of Southwest Housing Solutions. “We want to make it more of a destination–a neighborhood based attraction like you see in other cities.”

Maria Salinas, who was born and grew up in Southwest in the 1960s and ’70s, remembers that, “when the factories started closing down in the ’80s it was hard for the neighborhood. It got less safe, more houses were empty. The jobs weren’t there anymore.”

But people didn’t give up, she says. “You see entrepreneurs everywhere, people in trucks selling tacos and ice cream. This is a very hard-working community with a real spirit. That is what has sustained us.”

Salinas, Executive Director of the Congress of Communities, is working with residents, especially youth, in Southwest and other Detroit communities. “I think in the coming years Southwest can be a model for other neighborhoods in Detroit and other cities by maintaining and sustaining the grassroots culture here. We can revitalize without losing our special vibe.”