In 2007, I moved to Leeds, England, where I worked as an architect and an urban designer. I have always loved Europe, and I particularly loved the social and spatial planning aspect of these great countries. They plan for the next 400 years, whereas the U.S. only plans for the next 50 — all key indicators are focused on cost which, as a business owner, I get. But, if no one takes the reins of promoting design and planning for our country's future, the value of social space is lost.

Two years later, I moved back to the States and chose the best 7×7 parcel of land in the U.S. to call home: San Francisco. Here, my ideas would matter and people may actually get behind them (or so I hoped). I started two blogs — planning4change and adjarchitecture — to express my interests, which was great! But I’m also a doer, and what I was writing about was so grand in scale that I had no idea how to implement it. I was one voice, one person. So, I decided I would try to make a difference even if on a small scale, but I didn’t know how. 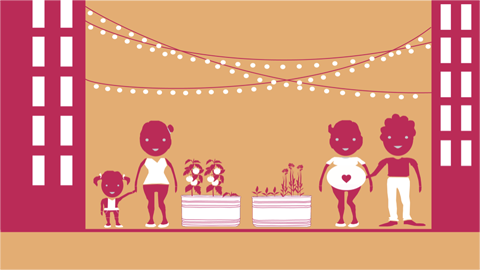 My husband and I chose Mission Bay to cut down his commute. Mission Bay is a transformed industrial appendage that physically grew as fill from all around the the city and, in a way, it feels that way. King Street is the lifeline from highway, light rail, and commuter rail, the siphon to San Francisco’s very heart. It also acts as a very physical edge where two- and three-story beautiful old warehouses raise to 18-story new residential units. There’s yet another edge only blocks away — the channel that holds beautiful houseboats and what I consider the ‘the true passage’’ to Mission Bay. Currently (aside from the T), people are funneled downtown, there’s no draw to cross the water's edge. But, as a resident, I did my running loop in Mission Bay around the channel, through the park, and around the UCSF campus, and enjoyed the Mission Creek Park, where I would often times picnic and study.

After running day after day around the vacant lots in Mission Bay, I started talking to my husband about how the lots should be filled with activities for neighbors. Around the same time, I started gardening in my 650-square foot apartment — my Texas roots (circa.1824) had me craving dirt that I could call my own. To no avail… no crops. So my family decided that I should try an electric Areo Garden — which I did. After growing tired of 16 hours of purple haze and an inefficient power source, my creative juices started flowing. What if the vacant lots in Mission Bay were activated into garden and event spaces?

I began sharing my idea with people, one of whom was the architect of Mission Walk. As we walked his building in Mission Bay, he absolutely loved the idea and told me that I should get in touch with Mission Bay Development Group (MBDG). I reached out to Seth Hamalian at MBDG and he, too, loved the idea, but had some concerns, as would most developers. People put a lot of sweat equity into gardens and grow attached, as one can imagine. It’s disheartening to see the disappointment when the gardeners are told that their plot is no longer available and then the developer feels awful and potentially looks bad for uprooting such a loved community space. So I said to Seth, “What if the plots were transportable? That way, they could roam from vacant lot to vacant lot as Mission Bay Develops? And, once Mission Bay is completely built out, it could move to another vacant lot.” Seth loved the idea and fully backed its potential. We met for coffee, I shared with him the deck that I had put together of the concept, and NOMADgardens was born. 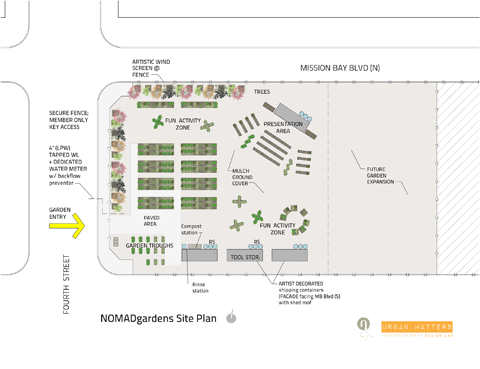 Excited, I called up my partner in crime, Katie Crepeau, who I met while volunteering for an architecture convention, to tell her that Seth was interested. She was thrilled for the opportunity to contribute her design skills around community building. I shared the ideas with more friends and Team NOMAD took shape. We began meeting two times a month and have worked hard to create a website, negotiate a site with Mission Bay Development Group, gain approval from the San Francisco Redevelopment Agency (and yet again from the Successor Agency), presented and received support from the Mission Creek Advisory Committee (CAC), residents, and, most importantly, have over 40 interested gardeners, 20 of whom have provided financial commitment. And, to add icing to the cake, we have some stellar organizations behind us: Shareable, Slow Food SF, the SF Urban Agriculture Alliance, Coalesse, SOCAP, and our awesome partners at the HUB SF.

Our biggest milestone and the true test of NOMAD’s success is raising capital. On Monday, October 22, we launched our Indiegogo campaign with a goal to raise $25,000 in 50 Days. A goal we MUST meet in order to receive a committed $27,000 in-kind donation for the preparation of the site from Mission Bay Community Service Organization. It’s a big feat, but think about it, all we need is 1,000 people to contribute $25, or 500 people to contribute $50. We’ve already received a few large donations and a dedicated plant to a mother who is battling cancer to celebrate her life! So it’s doable.

Once we are fully funded on December 11, our next steps are:

3) apply for a water grant, if necessary

5) purchase or obtain materials for the garden

6) set up the garden with our gardeners and new volunteers

We anticipate construction breaking ground at the beginning of the year and a NOMADgardens grand opening date of March 25, 2013! 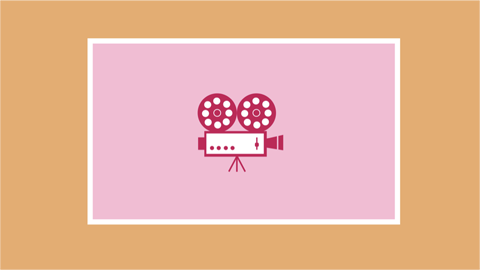 But, do you know what I’m most excited about? Movie night! Yep… I have been talking about this for years, so when I do host my first NOMAD movie night, I will be doing a happy dance! Why? Because I will feel that I will have accomplished my how — transforming vacant urban spaces that damage environments into vibrant hubs that build community.

Stephanie is a change agent and design opportunist dedicated to establishing citizen-sustained communities. She founded Urban Matters with a desire to facilitate projects that build community in both interior and

Stephanie is a change agent and design opportunist dedicated to establishing citizen-sustained communities. She founded Urban Matters with a desire to facilitate projects that build community in both interior and public spaces. With over 9 years of delivering exceptional projects in both architecture and urban design, within the US + Europe, she is adept at managing projects that spark activity for both interior and urban environments, connecting us better to our environments and to each other.

Things I share: Ideas on transforming our environment to build community. Great design ideas that should be replicated! Ideas around urban planning. How to design a space to reflect the mission, culture and personality of an organization. My passion for cities, transportation and projects that not only improve the environment but the lives of others. Projects that we are working on that are helping improve the quality of life for others.