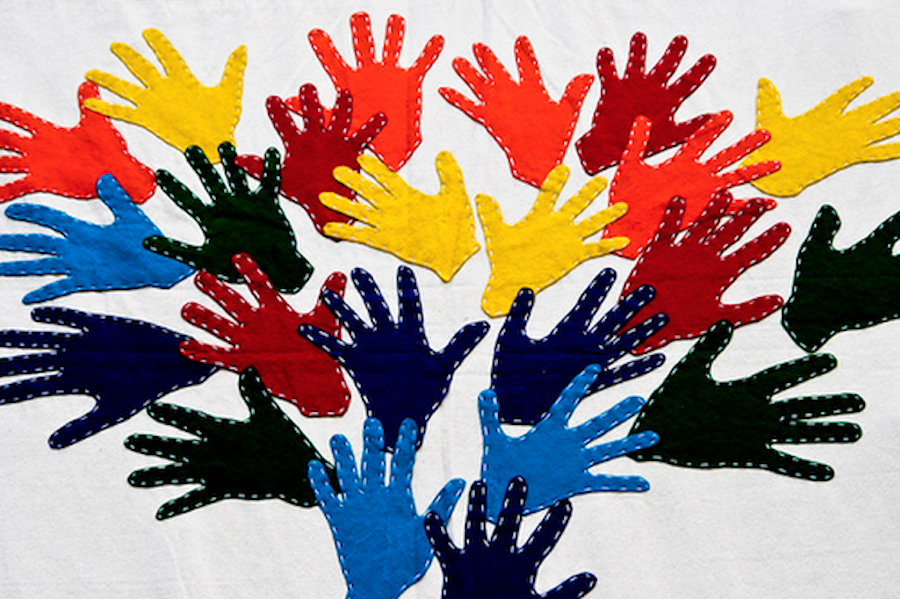 The proliferation of activist initiatives calling for systemic change around the world has never been more impressive. Yet collaborations among like-minded organizations, projects and movements have been disappointingly modest. As neoliberal economics and policies tighten their grip on American society—notwithstanding the dismal misbehavior of financial institutions, corporations and the two political parties—can leading alt-economic and social movements find ways to work more closely together?

In an attempt to explore this challenge, two dozen internationally minded activists from leading economic and social movements met in September 2014. While Margaret Thatcher had once insisted “There Is No Alternative” to her neoliberal agenda—inspiring the acronym TINA—the takeaway from this conclave of activists was quite the opposite: “There Are Plenty of Alternatives,” or TAPAS.

A report summarizing the key points of discussion was recently released by the Commons Strategies Group (CSG), the organization which had convened the twenty-five activists in Meissen, Germany. The report, A New Alignment of Movements? [pdf] was written by myself, as CSG cofounder, and Pat Conaty, a Fellow of the New Economics Foundation and Research Associate at Co-operatives UK. Support for the workshop came from the Heinrich Böll Foundation (Germany) and the Charles Léopold Mayer Foundation (France and Switzerland).

As the report explains, there are quite a few robust international movements committed to developing practical economic and social alternatives. These include the burgeoning Social and Solidarity Economy, which is especially active in Europe and Brazil; the Degrowth movement that emphasizes voluntary simplicity, sharing, social justice and alternative indicators to GDP; and the co-operative movement, which in many regions are developing new “multi-stakeholder co-ops” for social services like eldercare.

The Transition Towns movement, which began in the UK and has spread to the US, is developing new models of local self-sufficiency in anticipation of the impending disruptions of Peak Oil and climate change. The peer production world is pioneering many new forms of collaborative production of software, knowledge and physical products like machines, and even cars. There are also important movements for environmental justice and ecological/sustainability oriented policies; and movements ranging from “shareable cities” to relocalization to Slow Food, among many others.

A notable development is the migration of these movement ideas to mainstream politics. In Italy, the commons discourse is often to set the terms of debate for political issues, especially as the government seeks to privatize water systems, parks and public facilities. In austerity-ravaged Greece and Spain, people have devised thousands of alternative solidarity mechanisms for meeting everyday needs—healthcare, food, education. New political parties have arisen to seek systemic change through electoral means: Syriza in Greece, Podemos and Partido X in Spain, and the Pirate Parties in more than two dozen nations.

The expansion of so many movements clearly owes a great deal to the 2008 financial and economic crisis, which revealed how fragile, unfair, corrupt and predatory the prevailing neoliberal political economy are. It is somewhat perplexing, however, why so few alternative critiques or philosophical approaches have emerged to catalyze a united response or a convergence of movements.

The gathering of activists in Germany was an attempt to address this issue. It did not aspire to create “one big movement” that unites everyone into a single, monolithic effort. Rather, it was an attempt to find new ways to build new synergies among movements, in all their distinctive variety. The keynote was “unity in diversity” because each movement has its own distinctive history, strategies, culture and geography. But it only makes sense to bring these separate movements into a closer alignment and to try to reconstruct socially progressive majorities.

Many believe that the commons paradigm can function as a kind of lingua franca for various movements, serving as a shared discourse, critique of capitalism and cultural/political ethic. After all, each of the movements shares a commitment to inclusiveness, participation, social justice, human rights and dignity, and transparent decision-making. The general framing of the commons could help underscore these shared values and forge greater cross-movement collaboration and action.

A key challenge facing all of the movements, noted Kate Swade of Shared Assets in the UK, is whether to pursue solutions through pragmatic politics and elections, or whether to try to change the general political discourse and institutional structures over the long term. It seems difficult to pursue both options at the same time, she noted. This apparent choice may be especially vexing for movements whose very premises (such as the Degrowth movement) are reviled by entrenched political parties.

If the potential solidarity among movements is rudimentary or latent, it is also strong. It was determined at the meetings that most of the participating movements are committed to achieving a paradigm shift. This can be loosely understood as wanting to build new economic and political structures, reform existing institutions, and change existing legal structures. A French activist with Remix the Commons, Frédéric Sultan, noted that “each movement seems to want to change the relationships between the state, market and civil society. Can we identify the ‘general interest’ among them and align their separate, specific goals to what they have in common?”

But a German activist, Thomas Doennebrink of Ouishare, replied that perhaps transformation does not necessarily require a paradigm shift. Consolidation of existing alternative projects might be enough to catalyze a transformation—while efforts to construct new institutional structures could amount to mere reform of the existing system. This raised a larger question: Is your idea of a paradigm shift the same as mine? Do we need to coordinate our visions, or is it enough that we work together on specific policy campaigns and projects?

Pat Conaty, an economic historian and co-operatives expert, argued that most movements share a strategic interest in protecting and reproducing the “living economy.” By that, he means the idea that “real wealth is life, not dead coins—a living economy.” He urged movements to “concentrate on livelihoods and the problem of wealth-sharing and abundance. “The problematique, now as in earlier generations, is, How to share the equity?” he said.

The gathering of activists concluded, not with a grand blueprint, but with thoughtful strategies for building alliances. Canadian co-operative activist John Restakis believes “the quality of coordination among movements is fundamental. It needs to become continuous and permanent to create a common hub for the movements.” There must be opportunities for organizations and funders to work together to provide “seed corn” investments in sharing knowledge and building new institutions.

A number of initiatives are already facilitating these goals. For example, there are many collaborative mapping projects (including Shareable’s MapJams) that help people learn about economic and social alternatives. A soon-to-be-launched project called TransforMap using OpenStreetMap software may well become the go-to wiki for learning about alternative movements. There are also many opportunities for cross-movement dialogue at certain major conferences. Hundreds of activists from many movements converged on the New Economics Coalition conference in the US last June, and a remarkable 3,000 people attended the Degrowth movement conference in Leipzig, Germany, in September. New online education tools for activists from diverse movements are in the works, such as a planned MOOC (massive open and online course) called Synergia. And the Real Economy Lab in the UK hopes to become an interactive hub for alliance-building.

Ultimately, any new alignment of movements will depend upon leadership from individuals within different movements. Can activists find the time and energy to initiate new dialogues, build collaborative relationships, identify new resources and institutional support, and launch new strategic projects? Fortunately, there are already many promising “convergence initiatives” underway. The challenge is to take this goodwill, imagination and momentum to new levels.