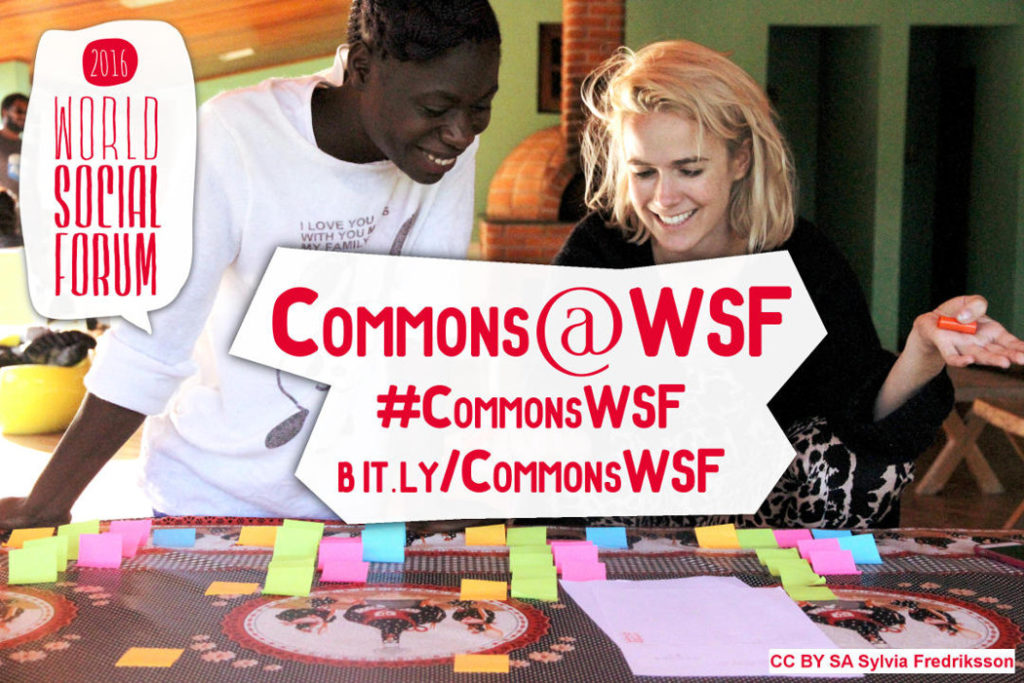 We increasingly hear social movements call to reclaim and protect commons. Traditionally commons are associated with the shared stewardship for the environment in which both people and animals depend, such as land, forests, seeds, water, and fisheries. In the face of privatization driven by neoliberal policies, struggles continue worldwide for the recognition and protection of these many commons. Perhaps none more so than for the water we drink and the air we breath.

Knowledge can also be commons. Indigenous and traditional knowledge, certainly, but more recently with the advent of digital technology, we see the emergence of new commons and practices of commoning, most often exemplified by the development of FLOSS (Free Libre Open Source Software). We see the influence of this movement in many areas from open science to open access, open design and open manufacturing, hackerspaces, makerspaces and fablabs to name a few.

Do these new collaborative modes of production whose developments depend on the open sharing of knowledge as commons represent the seed form of an alternative to capitalism?

While on the one hand technology offers emancipatory possibilities, on the other we see the disruption of traditional industries and an expansion of the surveillance state. The world of work is rapidly changing and increasingly precarious. The sharing economy as characterized by companies like Uber is nothing more than an extension and re-branding of the rentier economy. It is literally driving workers into a state of precarity. Hence a critical perspective is required, but criticism is not enough. Neither is a reactionary position sufficient to address the scale of the many challenges — social, economic and environmental. It is time to be proactive, and work not just to protect workers and their hard-won rights but to actively build alternatives to the capitalist economy in solidarity with social and ethical enterprises.

There is no reason a real sharing economy cannot be built with member-owned cooperative enterprises at heart that respect workers and co-create commons. Platform Cooperatives and Open Cooperatives are leading the way. Municipal governments in Bologna, Barcelona and many other cities are implementing innovative policies to support social innovation for commons based collaborative economies that place people and communities before profit.

To meet the scale of the challenges we face today, progressive alliances are needed that bring together solidarity economy, trade unions, municipal movements, environmentalists, degrowth activists, FLOSS developers, hackers, makers and artists of all kinds and others, to share the wisdom and experience of the many to create an inclusive and sustainable vision for our future. Can alliances among movements be built, allied around a post-capitalist vision of a future with commons at heart? To understand how social movements relate to commons there are critical questions that must be asked.

What role do commons play in the transition to a post-capitalist future?

What is the relationship of social movements to the commons movement?

Is the notion of the commons and the practice of commoners present in the discourse of social movements?

Do the movements organize according to commons principles?

Have they been empowered by open infrastructures as commons?

Is there an understanding of the commons as a political framework rather than a resource management arrangement?

Are these new political movements rethinking democracy, practicing or working toward participatory and radical democracy?

Are social movements and commoners re-imagining state power to shift legislation and resources to support commons?

Do these new political movements represent  a window of opportunity to widen the space for commoning — or how can commoners mobilize in response to movements whose activities accelerate enclosure, for example TTIP, the rise of far right nationalism in Europe or political repression and internet censorship?

For this year’s 2016 World Social Forum in Montreal, commons activists have convened a dedicated Commons Space to dive deep and to explore these complex questions through participatory workshops, panel sessions, fun activities and a post-capitalist convergence. 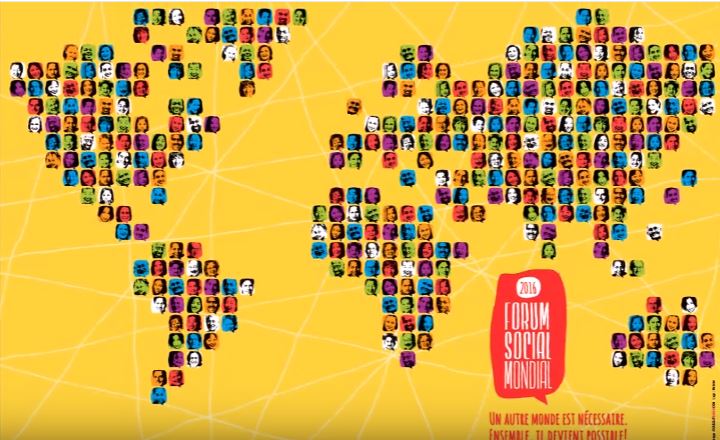 Why the World Social Forum?

This first World Social Forum took place in 2001 with the call to resist neoliberal globalization and to inspire and envision that "another world is possible."

In 2009, at the Forum in Belem Chico Whitaker, one of the founders launched the Manifesto Reclaim the Commons which was adopted by members of the International Council of the WSF.

At the Forum in Dakar in 2011, Silke Helfrich reported on the increased visibility of workshops and activities sharing the theme of the commons. Commons activities have featured in the program of the Forum every year since.

For this year’s event in Montreal, there are many commons activities happening at the Commons Space and throughout the WSF program.

A full list of events is included in our program with further details available on the World Social Forum website.

In brief here are some of the sessions included in the Commons Space: Mapping the Transformation, City as Commons, Commons as a New Political Subject, Atlas of Charters, School of Data, Data Walkshop, Commonspoly, Cooperatives and Commons, Production and Commons and the Silent Disco for the Commons.

The sessions at the Radio Centre Ville will also be broadcast and livestreamed here.

Critically there will be a post-capitalist convergence of movements which will contribute to the Forum assembly process.

There are also many other activities at the Forum — here is a small sample:

If you are in Montreal this week, do check out some of these amazing initiatives. Without a doubt there will be plenty of actions and stimulating dialogue emerging at this year's Forum.

Another world is possible.

Kevin Flanagan is an independent researcher, activist, organiser and artist. He previously worked with the P2P Foundation and is a member of the Commons Space coordination and Commons committee for

Kevin Flanagan is an independent researcher, activist, organiser and artist. He previously worked with the P2P Foundation and is a member of the Commons Space coordination and Commons committee for the World Social Forum 2016.