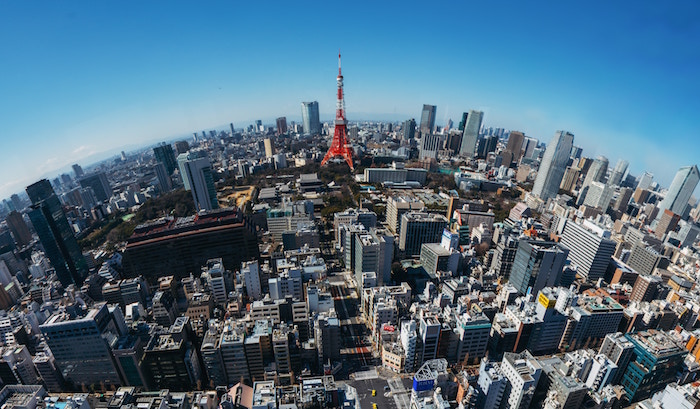 In 2009, the world hit a watershed moment. For the first time in human history, a majority of people were living not in rural areas, but in cities. Since then, the growth in cities has only accelerated, and the United Nations estimates that 66 percent of the world's population will live in urban areas by 2050.

A new report, "Rethinking the City," by the Ireland based Complexity Labs, an online platform for research and content on complex systems, argues that we're undergoing a period of urban transformation that requires us to develop new, technological systems for managing, organizing, and designing urban environments. Their findings are summarized in this video:

Cities, by their very nature, are incredibly complex. Change often happens faster than officials can react — leading to problems like informal settlements, inadequate services, or high rent and gentrification.

In fact, cities might not even be the right framework to think about urban areas anymore. In February of 2016, Parag Khanna's TED Talk on megacities showed how the growth connectivity meant that clusters of cities were bound together. In many parts of the world, however, there is little coordination across megacities and regions due to our outdated institutions.

Complexity Labs argues that the dominant system for managing cities — an industrial era centralization and bureaucracy — is not able to scale to the challenges of rapid urbanization. At the same time, the decisions cities and megacities make today will impact the global economy and environment well into the future.

One of the structural changes that the report authors call for a shift towards distributed systems and peer-to-peer interaction, arguing that technology and online platforms for coordination will allow for distributed scale in ways that was not possible before.

We see this happening already around the world as Sharing Cities in which both formal and informal networks allow residents to share resources, knowledge, and take part in local governance, are developing innovative ways to address urban challenges. For example, in Berlin, Germany, food sharing is connecting farmers, foragers, and residents to reduce waste and build community across the city. In Gothenburg, Sweden, the digital ridesharing platform Skjutsgruppen has 70,000 members sharing vehicles and rides via a nonprofit network. Other places have started involving citizens directly in policymaking — Taiwan created ride-share policies after receiving input from residents. In the U.S., people in Oakland and Boston are taking part in participatory budgeting projects. Shareable's new book, "Sharing Cities: Activating the Urban Commons" has a number of case studies and policies of similar initiatives around the globe.

As more and more people move to cities, and put stresses on existing institutions, the future of megacities depends on the growth of genuine Sharing Cities, platforms, and a more collaborative economy. It's time to rethink cities — and rethink how sharing can scale through the use of technology.

Header image of Tokyo by Steven Diaz via Unsplash