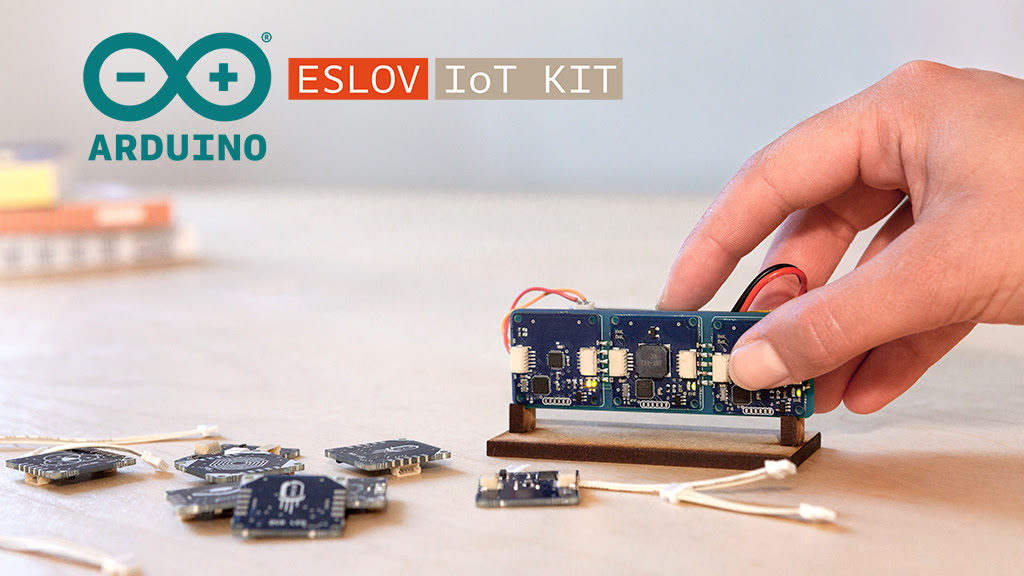 Arduino has long been on the vanguard of the open-hardware movement with countless numbers of robots, drones, 3D printers, and more built with their user-friendly, open source electronics platform. Arduino's latest offering — the modular, plug-and-play ESLOV invention kit — is meant to simplify the way smart, Internet of Things (IoT) devices are built.

Thanks to ESLOV's simplicity, users need no prior programming experience to connect and mount the modules. From there, ESLOV’s visual code editor takes over. It recognizes the mounted modules and displays them on the user's screen to be connected as desired. The newly built device can be published to the Arduino Cloud for simple, easy, remote interaction via various sliders, value fields, and more.

ESLOV's 25 open-source, intelligent modules — which include sensors, LEDs, microphones, buttons, and more — can be guided, customized, and enhanced using the Arduino Editor, an online editor, or the desktop-based IDE to create a wide array of devices, from an app-controlled thermostats to a baby monitors. Third-party modules from Arduino partners and certified programs are encouraged.

Though ESLOV began as an EU-funded project, it is now on Kickstarter in hopes of speeding its development and delivery. Depending on the toolkit, prices range from ~$55 USD to ~$499 USD, with various add-ons available.