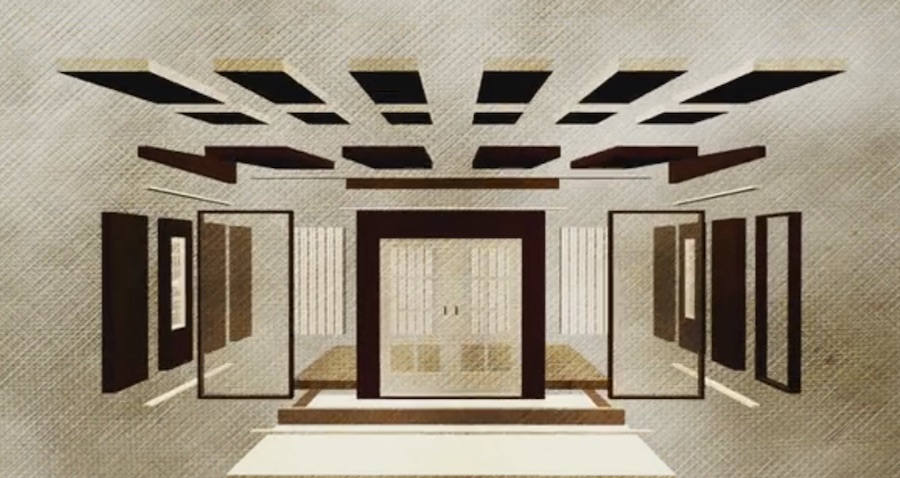 Shareable recently wrote about the Open Building Institute’s (OBI) crowdfunding campaign to fund its eco-building toolkit. With 14 days to go, the project has raised over $65,000 of its $80,000 goal. This Q&A with OBI founding partner Marcin Jakubowski originally appeared on Open Source Ecology. (Full disclosure: I’m an advisor for the Open Building Institute project.)

The Open Building Institute is an open source effort to make affordable housing widely available while fostering collaborative and ecological practices. The project is focused on low cost and rapidly-built structures that are modular, ecological, and energy efficient. At the heart of OBI is a library of building modules, including walls, windows, doors, roof, utility and functional modules and more that can be combined to create a variety of structures, including studios, homes, multi-family houses, greenhouses, barns, workshops, schools, and offices.

I spoke with founding partner Marcin Jakubowski about the importance of open source design to address pressing global issues, why modular building is an exciting alternative to traditional building methods, and how an empowered community of people that draw from, and contribute to, the library can help provide low-cost housing solutions anywhere.

Cat Johnson: How did the Open Building Institute come about? What need does it fill that is not available elsewhere?

Marcin Jakubowski: Catarina Mota and I got married in 2013 and she moved from Brooklyn, New York to the middle of nowhere, Missouri. She realized that the house we had was simply too small. We called some contractors, but found out that what we wanted didn’t exist yet. Catarina needed a comfortable house that didn’t cost a million dollars, that could be built quickly from local materials, and that could be expanded as we grow.

There was only one option: we had to build it ourselves. So we did just that. We examined the best practices then took our open source high power brick press and, through much trial and error, developed a formula for rapid builds. With rapid builds, a big group of people builds a large number of modules in parallel and then assembles them rapidly into a building. We realized that, using these techniques, we could build an 800 square foot structure from scratch in just five days. So we decided to take it to the next level.

For a few years now we’ve been developing an open source toolkit that can make building a house easier, faster, and cheaper. We started a library of modules that can be put together like building blocks. We’re developing instructionals, including software and many other tools to enable anyone to design and build using this open source system. Moreover, we’re creating a training program for our system so, if you want, you can hire an OBI builder anywhere in the world.

We have decided to build a solar-powered, replicable Materials Production Facility so you can use local materials wherever you are. Focusing on integrated, regenerative design, we are pursuing Living Building Challenge certification, which is the highest standard for regenerative construction. We are also developing a social model of production, where apprentices-in-training build the houses during immersion training workshops. Our combination of rapid build time, low cost, regenerative features, user-generated design, and feasibility of both social production or commercial build models are not found in any other house offering. Our value proposition revolves around democratizing construction. 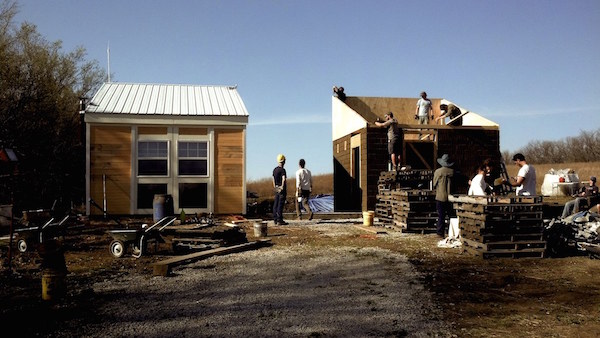 The Open Building Institute empowers people to create their own eco, affordable housing.

The Institute offers a library of building modules, including walls, windows, doors, roof, and utilities, that can be combined to create homes, barns, greenhouses, studios and more. Why does open, low-cost, modular building make sense?

Modular, open source housing makes sense because you can design and modify it yourself for your specific needs—or you can use existing designs. Open design means that you have full access to use, distribute, modify, or sell the product, free of charge. Low cost makes sense for access, such as when modular housing can be built in an incremental fashion. Our standard model costs under $25k for materials for a 700 square foot, expandable Starter Home. But you can build a structure of any size, larger or smaller.

Rather than getting in debt with the average $360,000 dollar new house, you can start with a smaller home for 1/10 of the cost and then expand it as needed. You have the ability to choose standard or innovative features, as your budget allows. Because we are developing design guides and we provide the module libraries, you can become your own house designer. The point of modular design is that you have access to design assets that have already been worked out or engineered in detail by others so you are able to create house designs that are not only fanciful, but also buildable in real life. If you contribute your designs or improvements back to the common pool under a share-alike license, which is a requirement of using the OBI library, then access to quality designs increases with time. The whole ecosystem grows in value and service to humanity.

Designs and build instructions are contributed by designers around the world. What type of designs are found in the library and why is the collaborative and distributed approach important?

We have seeded a library, which has sufficient modules to design a house. But our scope of usage in many contexts and locations is so broad that only a collaborative and distributed approach can achieve it. Many designers, many perspective and experiences are needed to pull it off. This could not be done with a centralized approach.

The library, at this point, contains around 20 structure and utility modules that we have built and tested over the last three years. The scope of the library includes materials, build processes, structural and utility modules, and entire house designs. 10 AM CST, Wednesday June 29, 2016 marks the official launch of OBI, with the Kickstarter campaign. We will start accepting contributions to the library from the general public upon successful funding of the Kickstarter campaign. As people contribute and the library grows – the more valuable the system becomes. 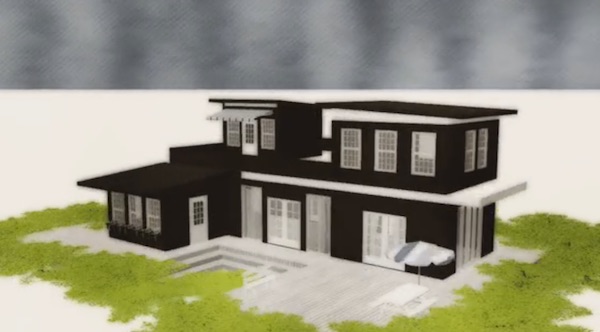 The modular designs can be modified and expanded as needed.

The modules and procedures are open source—forever and with no exceptions, so that everyone is free to use, modify and redistribute them. How do you see the open source movement intersecting with the affordable, ecological housing movement?

Open source also means that you can learn more about building and get actively involved, as opposed to leaving it to others and accepting their choices without fully understanding them. This is important, since involved, knowledgeable, proactive citizens are the only thing that can change the world.

Open source means that the competitive waste is zero and innovation is unleashed. We are pursuing the extreme limit of both ecology and cost, as exemplified in our goal of attaining Living Building Challenge compliance while remaining affordable. We believe that only if the design is open source can it become affordable as otherwise you are paying for expensive expertise.

There’s a focus on empowering non-professional builders with modules that can be easily and quickly built. Why is this important? Who do you see utilizing the library and Institute?

Empowering non-professionals to build increases access to housing significantly as more people will have the ability to build and to do so at lower cost. In the global context, this is especially relevant with the tide of urbanization. According to world-renowned architect Alejandro Aravena, “by 2030, out of the five billion people that will be living in cities, two billion are going to be under the line of poverty. That means that we will have to build a one million-person city per week with 10,000 dollars per family during the next 15 years.”

Arevena believes that this equation can be solved by incremental housing…only if we “channel people’s own building capacity.” We envision that DIY builders and startup entrepreneurs will be our early adopters and we believe that some of our designs will be adopted by mainstream builders once the open source cost-to-performance advantage becomes clear.

Who contributed designs and are the designs tested or approved?

The current designs have been produced by Catarina Mota, project founder, and successful Kickstarter funding marks the opening of public contributions. Our goal is to have both the modules, materials, and house designs fully certified, with calculations and engineering approval as needed.

We will provide test data for building materials that we release from third party testing labs. We will provide support in navigating building codes, and we will crowdsource location-based information on standards and requirements for locations around the world. We will encourage voluntary contributions of not only on module designs, but also on materials testing, product certification, code compliance, and engineering calculations. We will document testing protocols, and use open source design/calculation software throughout, so that our products have an extra layer of transparency.

The mission for the Open Building Institute is to make affordable, ecological housing accessible to everyone. What is the big picture vision for it? If everything goes really well, what would you most like to see?

The average American pays $1.2M over their lifetime just to secure their home. And 1.6 billion people on earth live without adequate housing. Housing is not a privilege, it’s a basic need. We envision a world where everyone has access to housing—and without getting into debt. We envision a future where regenerative housing helps to heal the environment by providing surplus food, energy, and fuel to its its inhabitants. We envision a world where housing contributes to, rather than detracts from, the natural ecology of a place.