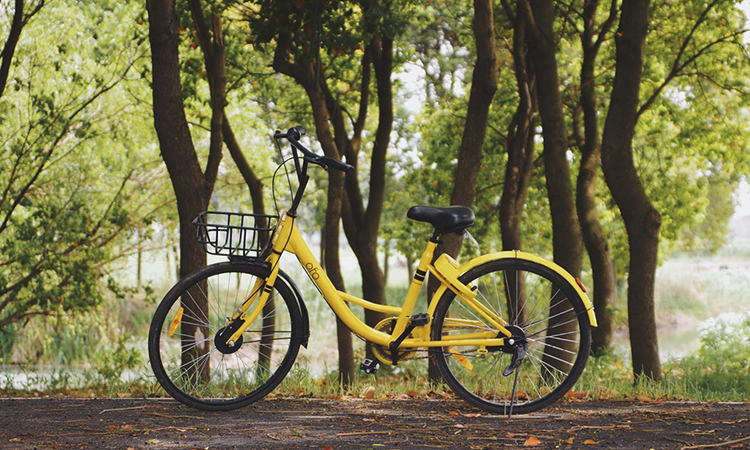 Dockless bike share systems and electric scooters are proliferating in cities across Europe and the U.S. To help cities develop regulations for these systems, the National Association of City Transportation Officials (NACTO), which represents 62 cities and 11 transit agencies across North America, released detailed guidelines in July.

"Bike share and other active transportation systems have been most successful when they are planned hand-in-hand with cities," Linda Bailey, executive director of NACTO, said in a statement.

Initially, dockless systems spread to cities that mostly lacked regulations for their use. This, however, did not work, because cities have been increasingly holding startups responsible for not following existing regulations or working with city officials. When the Chinese bikeshare company BlueGoGo attempted to launch a dockless bike share system last year in San Francisco, California, without official approval, the city responded quickly and forced BlueGoGo to leave.

But dockless systems can provide real benefits for cities. They are a sustainable form of transportation.

"Cities have been working hard to balance the opportunities dockless systems provide as mobility options for residents with the city's obligation to ensure safety, access to the right-of-way, and compliance with regulations," says Zoe Kircos, director of grants and partnerships at PeopleForBikes, a national nonprofit based in Boulder, Colorado.

San Francisco reacted swiftly when dockless scooters started to show up on city streets earlier this year. Photos of scooters blocking sidewalks, littered in parks, or even dumped in rivers emerged on social media, along with complaints from residents with disabilities. San Francisco banned dockless scooters and threatened steep fines until a city-approved permitting process was put in place. Surprisingly, the companies all complied, leaving the city and are showing a willingness to follow the rules when they are put in place.

"Cities around the country are moving rapidly to develop policies that integrate dock-free mobility services into their communities," says Mary Caroline Pruitt, a spokesperson with LimeBike. "We appreciate NACTO's efforts to track these emerging developments and highlight creative new policy approaches."

NACTO's guidelines provide standards that cities can follow such as permitting frameworks, communication mechanisms, data requirements, and privacy rules. Cities can build on this, because what works in hilly, dense San Francisco likely won't be applicable to flatter, more spread out cities like Dallas, Texas.

"I think NACTO did a great job and that this document is a valuable guide to cities dealing with or anticipating the arrival of dockless bikes on their streets," says Kircos.

One city that has taken the lead on developing guidelines for dockless systems is Austin, Texas. The city's regulations, released in early May, created a licensing system for both dockless scooters and bikes, placed caps on the number of vehicles each company could operate, while also putting into place rules for both placement of vehicles and their safe usage by passengers.

NACTO's guidelines are just a start – the organization plans to update them as more data and evidence comes in from cities across the country by working with city governments and nonprofits.

"It's a changing landscape, and we’re all still learning how to incorporate this new mobility option into our streets in a way that ensures safety for those using the bikes and those who are not, and eliminates barriers to access," says Kircos.

The ultimate goal is one that companies, city officials, and mobility nonprofits can all share — sustainable, safe transit options for all residents. With strong, mutually agreed upon regulations in place, this vision is looking possible.