In many US cities, bike share is rapidly achieving recognition as a legitimate, and even necessary, component of a functional multi-modal transportation network. But while the overall usage numbers are impressive—riders have completed over 36 million trips on shared bikes since 2010—the mode has an equity problem. Low-income residents, in particular, make up a disproportionately low percentage of the bike share user pool. A new report from the National Association of City Transit Officials (NACTO), Walkable Station Spacing is Key to Successful, Equitable Bike Share, offers a simple strategy for improving equity through system design. Having observed a strong positive correlation between station density and usage, the report's authors advocate close, consistent station spacing (no more than 1,000 feet, or a five-minute walk, between stations) across neighborhoods to ensure quality of service for people of all income levels. 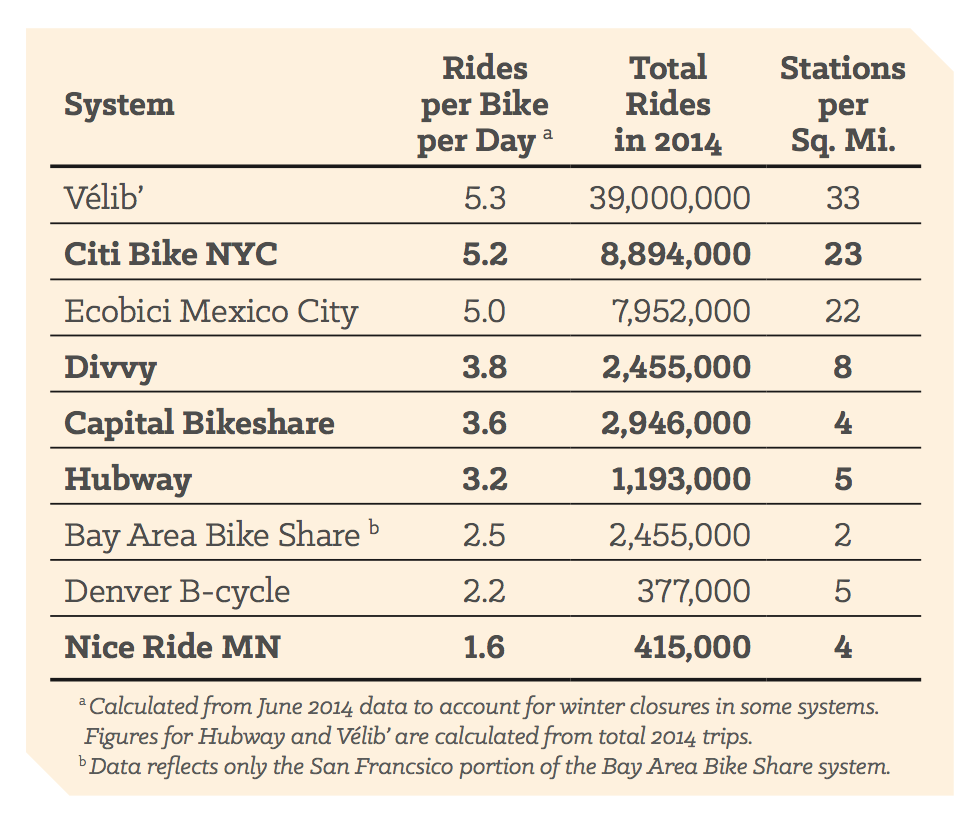 NACTO's recommended approach, which prioritizes station density over total area covered, goes against the grain of conventional practice. "Financial limitations and political considerations often lead cities to create sprawling systems (the 'one in each neighborhood' model) with low-density coverage in low-income areas instead of starting/expanding in a geographically tighter area with a higher station density," suggest the report's authors. "Such systems attempt to achieve nominally or geographically equitable bike share coverage at the expense of service quality and utility." NACTO's analysis of North American bike share systems found that in most, station density decreases as one travels away from the city center. An important exception is New York City's Citi Bike network, which has pursued uniform station station since its launch.

For cities interested in creating and maintaining thriving, equitable bike share systems, NACTO suggests a consistent application of the one-station-per-1,000-feet rule. For new networks, this may require sacrificing geographical scope in favor of quality of service. Existing systems, meanwhile, can boost ridership numbers through infill. In neighborhoods that see less frequent use of the system, NACTO suggests reducing the size—rather than the number—of stations.

Improving access to stations is, of course, only one piece of the bike-share equity puzzle, as NACTO acknowledges. (The report highlights protected bike lanes, in particular, as an essential tool by which to ensure the safety and comfort of riders of all skill levels.) But while the fight for better biking conditions for all continues on multiple fronts, NACTO makes a compelling case for a density-based approach to bike share system design—one that appeals to system operators' bottom lines as well as their social consciences. "Citi Bike has been a resounding success," said NYC Department of Transportation Commissioner Polly Trottenberg in response to the report. "As NACTO's research suggests, creating a dense network of stations—always separated by walkable distances—has been key to Citi Bike's popularity. This guiding principle is one we will continue to follow as the network continues to grow in the coming years." 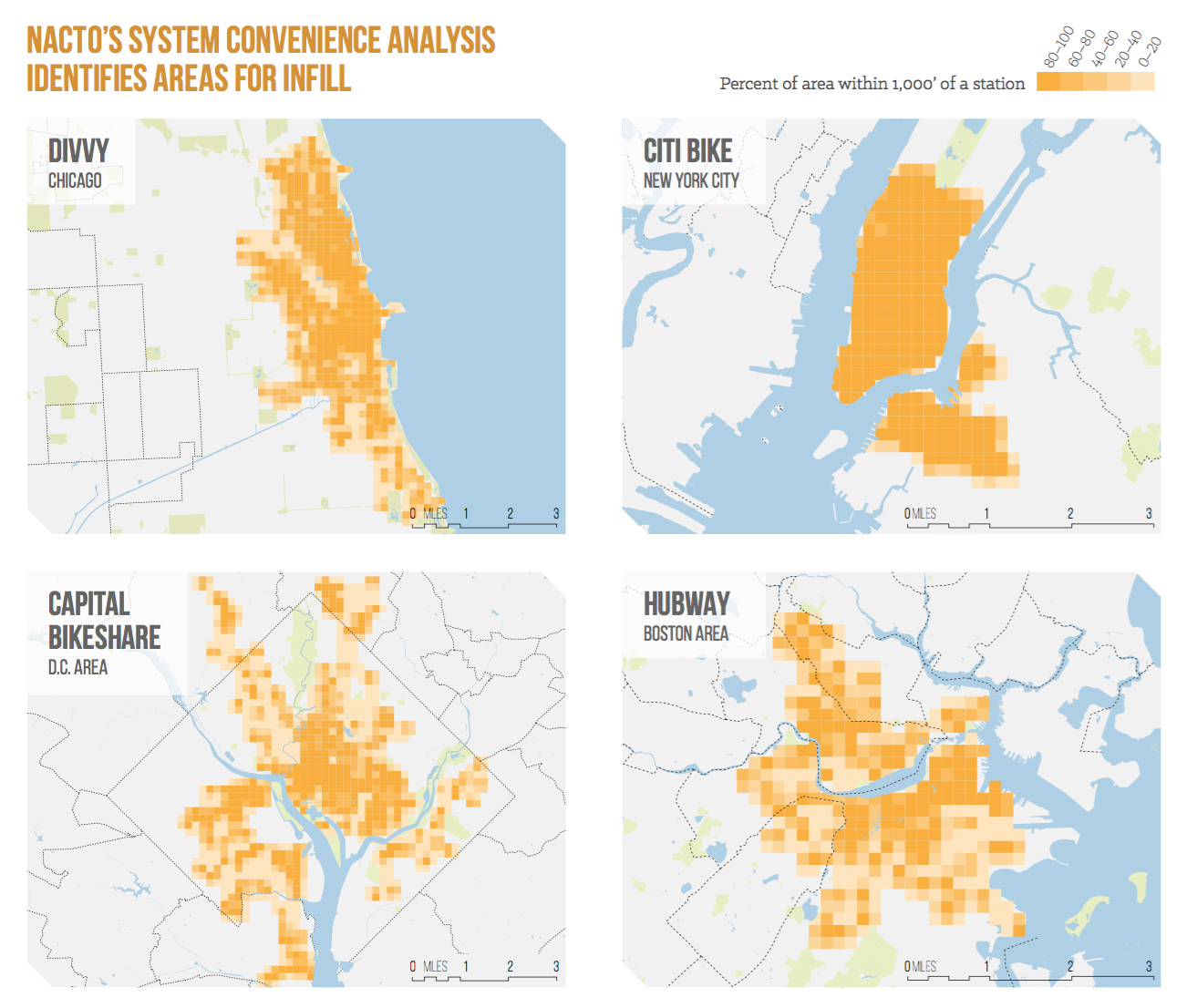 Citi Bike is a rare exception to the usual pattern of station density dropping with increased distance from the core. (NACTO,  Walkable Station Spacing is Key to Successful, Equitable Bike Share)