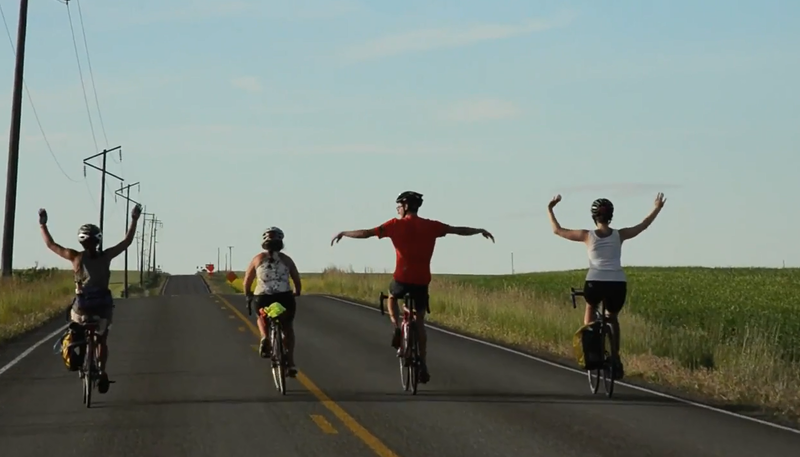 The Co-cyle team has recently been posting updates on Shareable about their cross-country student bike tour that is celebrating co-ops across the United States. A crew has been accompanying the cyclists and is making a documentary about the trip called To The Moon and recently released this film teaser:

Thus far, Co-cyle has visited the following co-ops in the western U.S.:

This week, the students began what's likely the most difficult leg of their journey: an 1126-mile stint from Bozeman, Montana to Minneapolis, Minnesota.

Shareable readers can expect additional updates from the Co-cycle students in the Community Blog during the remaining six weeks of their trip. As the film's director Emma Thatcher emailed me last night:

"We will be in minneapolis on the 27th and from there on out we will be visiting co-ops every couple of days and will have a lot to share! We just have to make it through the Montana heat and North Dakota first."

We wish them cool breezes and easy rolling!