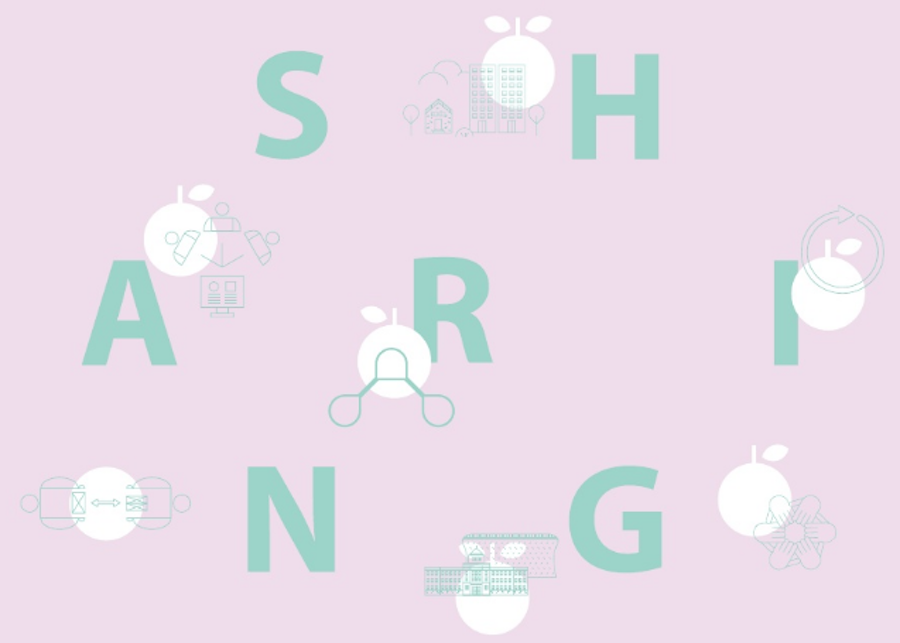 A new ebook from Creative Commons Korea (CC Korea) provides an insider’s view into Sharing City, Seoul, a pioneering, city-wide sharing initiative. Seoul Draws a City Through Sharing (summary available here) details the project origins, from Mayor Won-soon Park’s first announcement of the Sharing City in 2012, through the end of 2015, when Seoul had firmly established itself as a leader in the global sharing cities movement.

The ebook highlights the inner workings of the project and provides the following explanation of why Sharing City, Seoul was launched in the first place:

“To solve issues around welfare, environment, and jobs under the existing economic system, the public sector needed to be able to play a bigger role. But with the limited budget capacity, it is simply not possible to keep bulking up the public sector forever. Seoul had to find a way to solve problems without putting additional resources in. The only way was making use of existing resources that had been in use. And sharing was also needed in order to recover community spirit that had been lost during the industrialisation and urbanisation.”

It also lays out the primary areas Sharing City, Seoul is focused on:

Seoul Draws a City Through Sharing shines a light on CC Korea and its Share Hub, the main portal for Sharing City, Seoul. To create Sharing City, Seoul, CC Korea joined forces with Seoul Metropolitan Government (SMG) and has been a driving force for connection, information sharing, and networking.

“With its experience of promoting sharing activities in Korea since 2005, CC Korea promoted through Share Hub why we needed to share and how we could do it,” the ebook reads. “It served as a messenger between SMG, companies, organizations, and citizens to raise awareness that Sharing City was not just a policy pursued by SMG but also something that should be built as a culture by us all.”

2. Support for Sharing Enterprises – SMG examines non-profit organizations, corporations, or enterprises that provide sharing services and designates them as sharing organization/enterprise if they meet a certain criteria. The purpose of this system is to encourage better use of the services of the enterprises and more participation in the activities of the organisations by citizens.

3. Improvement of Laws and Institutions – While pushing ahead with the Sharing City initiative, SMG searched for regulations that would drag sharing companies down. It examined areas including transportation, tourism, taxation, parking lots, food industry, insurance, and infrastructure, as shown in the table below.

4. Autonomous Gu Incentive System – SMG used the “Autonomous Gu Incentive System” to promote the Sharing City (gu is Korean for a borough or district within a city). The system is intended to encourage participation from Seoul’s 25 gu offices in the city’s sharing initiative. Gus are evaluated on their effectiveness in promoting designated projects, and they may get extra budget based on their scores. The gu incentive system serves as a way to draw voluntary participation from gu districts in the Sharing City Project.

5. Opening of Public Facilities and Administrative Information – SMG decided to increase citizen use of public space and buildings in response to growing demand from community groups for meeting and activity spaces. The Community Building Project, a resident-led initiative, aims to engage Seoul citizens in community-building project proposal, planning, implementation and follow-up management. While facilities that are meant to be open to the public, such as Nanji Camping Site and sports facilities, have long been open to citizens, meeting rooms and lecture rooms at community centers have also become available for rental to citizens as part of Sharing City Project. In addition, documents such as expense reports, public data, and other data produced by city and district offices are also made public online.

Seoul Draws a City Through Sharing reveals a city focused on a future driven by sharing. The slogan for Share Hub is “Lifestyle for Tomorrow – Sharing.” The ebook explains the slogan:

“The reason why we cry for sharing not for right now, but for tomorrow, is that we need a process of embracing new movement naturally by discovering values and possibilities of sharing and improving laws and regulations through social consensus. Sharing is not an opposite of ownership nor a panacea. But we can make use of existing resources rather than create everything we need, sharing our knowledge and skills and getting inspiration. And through the dialogues inevitably occurred during the process, we can restore community spirits that have been forgotten for a while in the dialogues. Sharing that takes root in our daily life – that’s the future desired by Share Hub.”