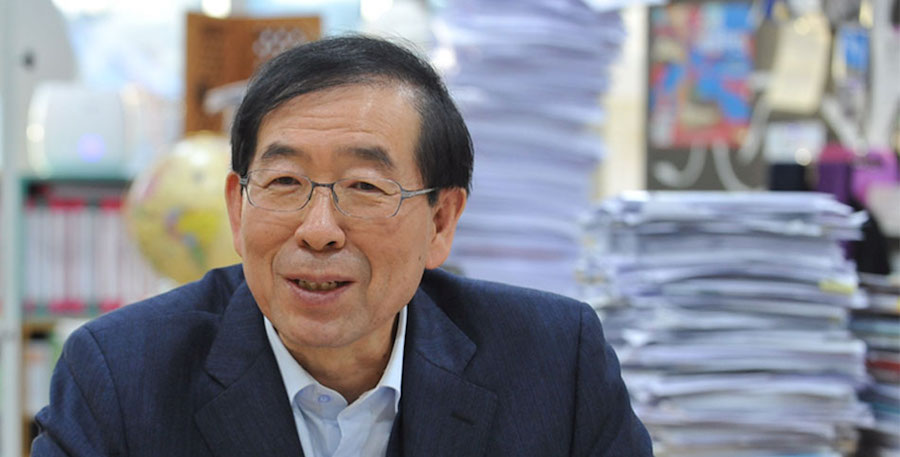 Mayor Park Won-Soon, who spearheaded Sharing City Seoul, one of the world’s first sharing cities, was recently awarded the Gothenburg Award for Sustainable Development. The award, along with a prize of 1 million Swedish krona ($123,000 USD), is given each year to people or organizations for outstanding performance and achievements towards a sustainable future.

Under Mayor Park, who has a long history as a human rights activist, Seoul, a megacity of 10 million people, has become a global leader in the sharing cities movement. The Seoul Metropolitan Government (SMG) supports dozens of sharing projects through an incubator, city-wide marketing, technical assistance, and funding.

The city has also supported many local lending libraries, has opened government buildings to the public during off-hours, and hosts sharing events to introduce Seoul citizens to local sharing initiatives. South Korea also has a thriving Creative Commons chapter driving the sharing of creative works, documents, data, and more.

As a model for other sharing cities, Seoul, under the direction of Mayor Park, demonstrates the commitment necessary to realize the potential of sharing on a city-wide scale. As the Gothenburg Award website states:

“Seoul has developed various forms of effective sharing by changing regulations, mobilizing the city’s underused resources and making information readily accessible. The city has also raised public awareness and supported companies and initiatives in the sharing of information and assets. Won-Soon has been Mayor of Seoul since 2011 and is a prominent figure in the process of creating better opportunities for sharing resources and information.”