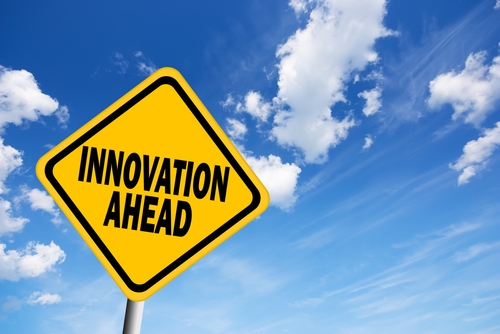 There’s a prevailing narrative about innovation in America today, one so familiar that it is rarely questioned.

Innovation happens in the private sector. The public sector is a sort of encumbrance that is necessary for serving the public good and fixing market failures, but by and large it’s a drag on the economy and a hamper on innovation.

It’s the cultural attributes of the private sector—risk-taking, creativity, and flexibility—that facilitate innovation while the attributes of of the public sector—risk-aversion, rule-adherence, and rigidity—prevent it.

This narrative, according to economist and author Mariana Mazzucato, is patently false.

In fact, points out Mazzucato, whose book The Entrepreneurial State: Debunking Private vs. Public Myths in Innovation was named a 2013 Book of the Year by the Financial Times, it’s those very same Leviathan institutions that invented all of the components that make smartphones smart: global positioning systems, microchips, touch-screen technology, voice recognition and yes—the Internet itself.

In her TED talk, she debunks the notion that the risk-taking largesse of private sector venture capital is responsible for tech innovation, offering an alternative narrative: it's the public sector’s steadfast devotion to primary research that created the basic technology upon which today’s tech boom is based.

Then she goes a step further — instead of giving technology to the private sector, where the revenue is likely to migrate to distant shores or a small set of hands, what if government demanded a direct equity stake in the fruits of it's research and development (R&D)?

Imagine, she muses, if the U.S. government had demanded a 0.05% equity stake in the Internet, arguably its most important invention ever. How much cash would now be on hand to fuel the next revolution — clean tech?

We’ve seen what happens when government backs private R&D; free-marketeers accuse it of picking winners and losers and choosing poorly. Much was made of the Solyndra “scandal,” for example, when the failure rate for venture capital enterprise is far, far higher than the 2 out of 33 failures experienced by the Department of Energy loan program that funded the failed solar energy startup.

Yet it's exactly these types of public-private partnerships, to Mazzucato’s mind, that are needed. The state’s role is more market shaper, enabler and facilitator than market fixer. It should get a return on its investment so that the public good—schools and infrastructure—can benefit as much as Apple and Google.