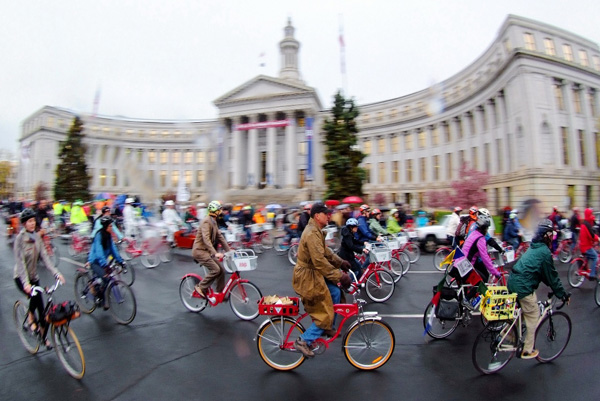 A month ago, we mentioned that Republican gubernatorial candidate Dan Maes is warning voters that Denver’s efforts to launch an extremely successful bike-sharing program are, in reality, an evil plot to convert "Denver into a United Nations community.” This being the 21st century and all, it didn't take long for an alert citizen to create a video dramatizing the Republican's courageous stance against bikesharing:

Being a nonpartisan 501c3, Shareable.net does not have a position on the Colorado Governor's race. However, if you do think bike sharing is, in fact, a plot against the people of the United States, we want you to be informed that Dan Maes is your candidate.

(Thanks for the tip, Paolo!)