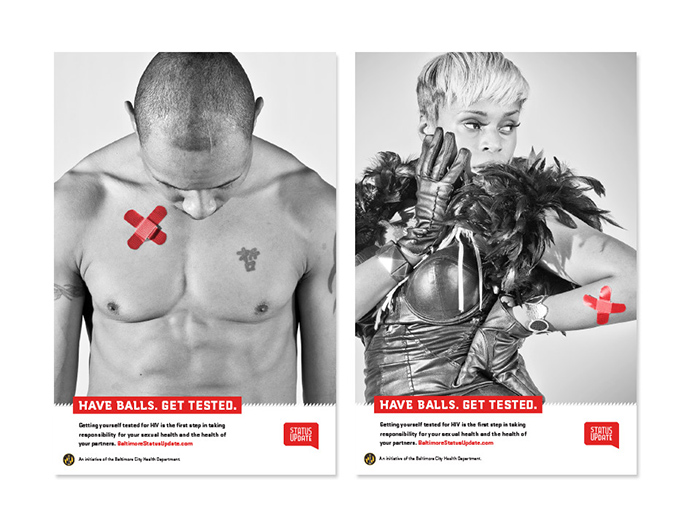 Good design — graphic and otherwise — is quite often the key to success in a project. Steve Jobs knew that., perhaps better than anyone. But so does Mike Weikert. Unlike Jobs, though, Weikert employs good design in order to instigate social change. And he's teaching the next generation of designers how to do the same.

An award-winning designer with a long list of credits that includes the International Olympic Committee and GOOD magazine, Weikert currently serves as director of the Social Design (MA) and Center for Design Practice at Maryland Institute College of Art (MICA). In his spare time, he can be found working on MICA's Project M, at his own company (Weikert Design), or at Piece Studio. 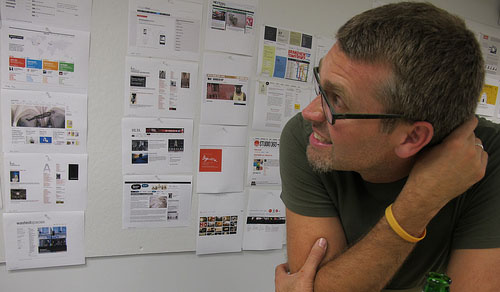 Mike Weikert surveying the project board. Photo credit: This Is the Social Studio.

You have an incredibly impressive professional background, full of accolades and accomplishments. What was the turning point for you — the moment when you trained your sites on designing for social innovation rather than merely for form and function?

During the late 1990s and into 2000 (the dot-com bubble), I became frustrated with the business of design, specifically branding and communication design. I felt it lost some of its soul and authenticity. Too many designers and studios were chasing the next multi-million dollar Internet-based company. The focus was more about venture capital, stock prices, and future profits, and less about process and good design.

It was during this time I started seriously considering taking a sabbatical from the profession. In 2003, I left Atlanta, Georgia, and enrolled in graduate school as part of the inaugural class in Ellen Lupton’s MFA in Graphic Design program at Maryland Institute College of Art (MICA) in Baltimore, Maryland. Arriving in Baltimore was the turning point for me.

How did that evolve into the Center for Design Practice?

In 2005, immediately after completing the graduate program, I began a two-year contract as co-chair of MICA’s undergraduate graphic design department. It was during this time I saw the potential for social design in Baltimore and at MICA. I also realized I could bring a lot of my strengths and knowledge in brand strategy, visual communication, and design thinking into the institution and focus it on social issues as opposed to corporations. I was also working closely with a good friend and MICA colleague, Bernard Canniffe, who was running a class called Design Coalition and very interested in social design.

In 2007, I presented the idea for the Center for Design Practice to MICA’s administration, it aligned with their long-range goal of community engagement, and it was formally launched in 2008.

The CDP's projects cover an incredibly wide range of topics — from urban agriculture to substance abuse to bikes. How do these various ideas become full-fledged CDP projects?

I’m always cultivating relationships and meeting with people and organizations in Baltimore and beyond. There are many non-profits, private companies, and other institutions interested in working with the Center for Design Practice and our students, but we have limited capacity and a specific structure for our projects.

There is a cost associated with every project we facilitate, so we identify and apply for grants or other funding opportunities with potential partners. Sometime a project is a year or two in the making. It’s very much a partnership from the beginning conversation through the completed project.

Do you have an area of interest that is your personal favorite — or a pet project?

I’m most excited by projects and partners that believe design should play a role in social change and see the value of investing in our students and the creative process. Projects where experimentation and failure is embraced are my favorite.

CDP enjoys a number of public and private partnerships, including the City of Baltimore. How important is that kind of bridge building in this kind of endeavor?

Our relationship with partners is very important. We don’t look at projects with a specific start or finish, but rather as a specific iteration in an ongoing process. Many projects span multiple semesters and partners come back with new opportunities. For example, a few years ago we engaged in a project with the Center for Injury Prevention and Policy at Johns Hopkins Bloomberg School of Public Health. The focus was on preventing injury in the home among infants and toddlers. This Fall, we’re doing another project with the same Center, but the injury prevention is now focused on the aging population. 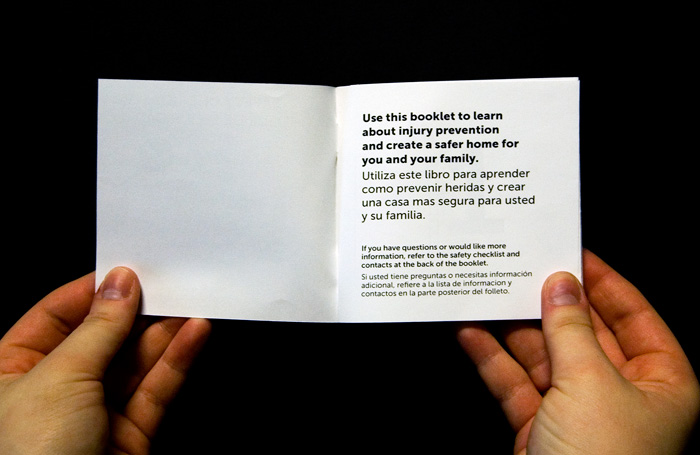 The Johns Hopkins Bloomberg School of Public Health, and the Baltimore City Fire Department launched the CARES Safety Center in 2004 to keep children safe from unintentional injury, the leading cause of death for children nationwide. Photo credit: Center for Design Practice.

And how important is geography to what you're doing? Can design for social change be undertaken and implemented in rural and suburban areas as well as urban settings?

Social design can be undertaken and implemented in all geographic areas, as long as the right team and stakeholders within the community are in place and organized.

Since Center for Design Practice projects provide a hands-on, practice-based experience for our students, we typically work in Baltimore or the region. We rely heavily on our partners as the trusted source for any topic and they play a big role in relationship building and trust and access within the community.

Are there similar programs embedded in other colleges? If so, do you collaborate with them at all?

Yes, there are programs and curriculum embedded and emerging at other art and design schools. While I have friendships and conversations with many of my colleagues in the space of social design and innovation, most of our collaboration happens with schools outside the disciplines of art and design (For example: Johns Hopkins Bloomberg School of Public Health.) Perhaps this will change as programs grow and evolve.

Is social innovation the future of design?

I won’t try to predict the future, but I certainly believe it is a necessary and growing discipline within design!