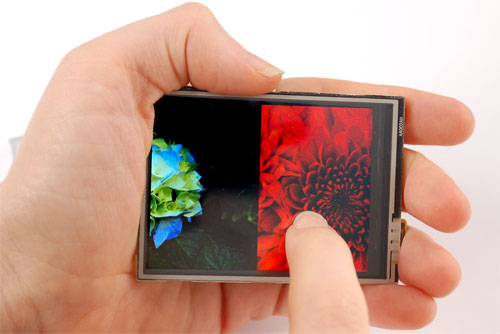 Mobile devices are inherently compromised. The iPhone, iPad, and iPod Touch all operate within Apple's tightly-controlled ecosystem. Android is largely an advertising platform for Google, and not nearly as open source as their marketing efforts would have you believe. Amazon's new Kindle Fire tablet will route all web traffic through Amazon's servers, with troubling privacy implications. Which is why it's encouraging to see that enterprising hardware hackers are building DIY, open source mobile devices that could potentially replace those tightly-controlled eReaders and mobile media and Internet devices that we clutch so tightly.

Designed by the elusive maker Rossum, the Microtouch is a homebrewed mobile media device. Using an Atmega32u4 microcontroller and a touch-sensitive LCD screen, the Microtouch is on its way to being a libre iPod Touch alternative. There's a number of apps for the device, including an image browser, a paint app, and emulations of games including Pac Man and the classic text adventure Zork. 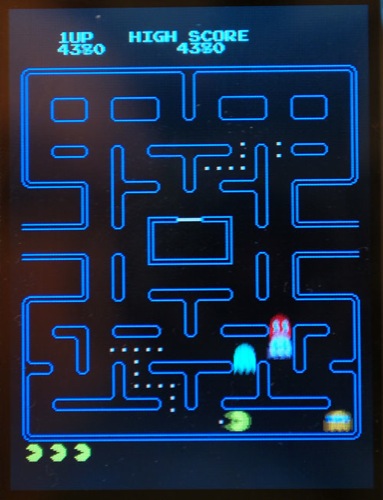 Of all of the dominant mobile devices, Amazon's Kindle may be the most tightly controlled. Upon the announcement of the Kindle Fire, Rossum turned the Microtouch into an open eBook reader. The eReader app displays books in the epub format, reformatting the eBooks to be readable on the Microtouch's small 320×240 touchscreen. Adding to the device's coolness for those of us who grew up playing the Nintendo Entertainment System (or, in my case, the Sega Master System,) the microtouch eBook reader runs on a humble 8-bit processor similar to those that rendered those gaming systems of yesteryear.

While it's not going to unseat the dominant mobile devices, the Microtouch is a cool project for makers and hackers, and on its way to being a credible alternative for those who find Apple, Google and Amazon's restrictions onerous. The code and directions to build your own Microtouch can be found on the project page on Sourceforge, or you can purchase one pre-assembled. And to keep up on development and news in the Microtouch community, Hack a Day is providing regular updates.