Michael Wesch: The Dark Side of Social Media - Shareable
Skip to content 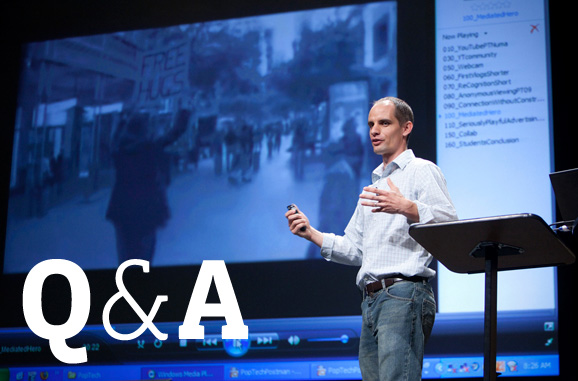 GOOD: You sometimes describe yourself as a digital ethnographer. What is this new field like?

MICHAEL WESCH: It’s a big field and it’s growing so fast that it’s hard to pin down what it is and what to call it. Some people talk about cyberanthropology or virtual ethnography. Then, of course, there are all these other fields that are a lot like what we do. Media ecology, a lot of what media studies people do, and some of the things journalists are now doing look like digital ethnography. It’s wonderfully undisciplined and that’s what’s so fun about it. When there gets to be a discipline for it I’ll probably go find something else.

G: In your video “Web 2.0 … The Machine is Us/ing Us” [below] you say social media is going to force us to rethink big ideas like government and identity. Are we getting closer to understanding how they’ll be rethought?

MW: Oh boy. This is really a profoundly difficult question. I think what comes across in those videos is a sense of optimism. But the spirit in which they were made was actually one of critical optimism. There’s a dark side to social media.

G: What’s the dark side?

MW: There’s more engagement in social media by the entrenched powers we hoped it would subvert. So, for example, you know who’s getting really good at the social media? Advertisers. When I first saw social media, I had this dream that “Okay, now we can save our young girls from the deleterious effects of body image in advertising,” you know? But it’s back in social media forms and it’s kind of insidious.

MW: There are definitely a lot of movements in those directions. I don’t know, though. What stuck in my mind as we were getting on the pessimistic kick is Iranian election protests. That’s where you had a pretty impressive political push, helped along by social media. But at the same time there were a couple of flags raised in that moment. One was that nothing happened, really. The country still ended up in the same place. Secondly, the impact of social media may have been overblown, right? We were sitting there watching a trend on Twitter but it didn’t take long for it to disappear off Twitter as soon as Michael Jackson died.

G: So a question of terminology: Are we still working with Web 2.0? Are we at Web 2.3? Where is this going?

MW: I think a lot of people are sick of the word “Web 2.0.” Now “social media” is okay to say. But there’s always been this trajectory. Web 3.0 people imagine as the semantic web. Web 4.0 is probably a mobile semantic web. And the technology for that is already here. You can hold up your iPhone with a certain app and you can actually see tweets coming at you from various locations.

G: This is what people call augmented reality.

MW: Right. You can imagine how useful augmented reality would be while you were shopping. You could take a picture of a bar code on a product and get all sorts of additional information.

But this actually highlights one of the most important things about participation and media literacy. Let’s just start with the basic fact that what we see through our screens is increasingly becoming part of everyday life. That’s the next stage of the web: The world itself becomes a hyperlinkable object. There are now tiny pictures that can be put inside other pictures that you can’t see but your phone can see. And they’re essentially URLs. So every object that’s produced in the next five years may actually have a URL in it. And that means you can take a picture of any object with your phone and get information about that product.

But here’s the thing: If we have a certain amount of participation, the information you might get when you take a picture of a product will be information about how healthy it is, how healthy it is for the environment, how much people were paid to make the product, whether there were labor issues involved, all those things. But if we don’t have the participation and the literacy to make that happen, instead we’ll have just a barrage of advertising, which is obviously biased towards selling the product. That’s the problem.

We need people with human interests and not market interests participating. That means people need to participate in their spare time and not when they’re on the clock for some company. The hopeful vision is that we have enough literacy and participation to become a smarter planet, but that’s going to require a push.

The whole thing is worth a read–and here's Wesch's full “Web 2.0 … The Machine is Us/ing Us" video: