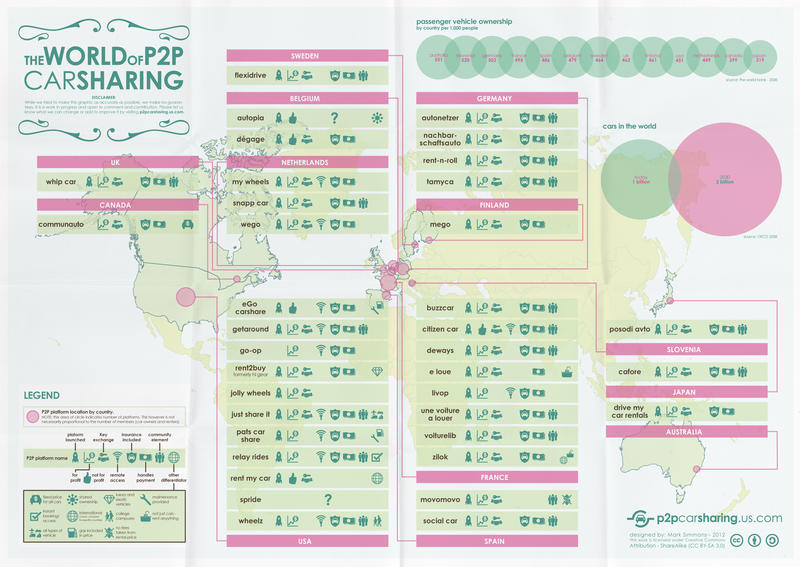 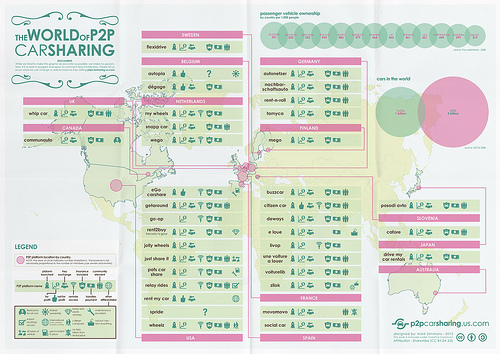 Aaron Lewis and Mark Simmons, two enterprising grad students studying product service systems at Blekinge Tekniska Högskola in Sweden, created this handy infographic showing the major peer to peer car sharing services around the world. I doubt this is a comprehensive list, but then again I didn't see any obvious misses. Do you know any services that should be included?

They're conducting self-documented "mobile design ethnography" research to learn about peer to peer car sharing users' experiences and need your help. All you need to get started is here. I hope you'll help. It's important research and I'm curious to see and publish the results on Shareable.