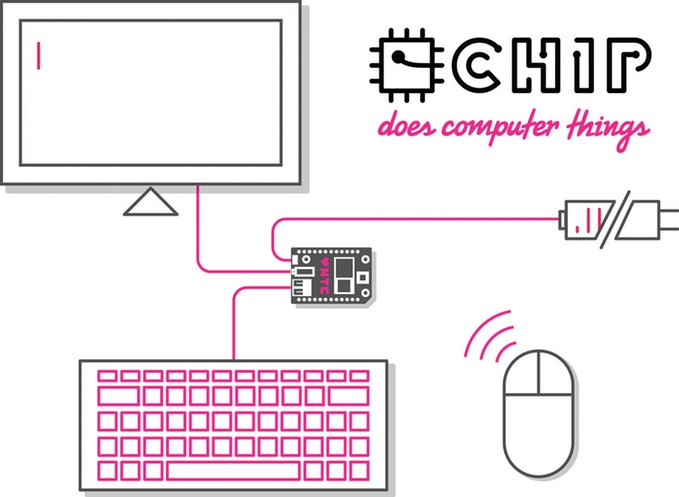 If anyone was wondering whether the world is ready for a $9, open source computer that you can hold in the palm of your hand, the answer is a resounding yes.

C.H.I.P., created by Next Thing Co., an Oakland-based company that builds “Smart Devices and the technology that powers them,” just eclipsed its Kickstarter crowdfunding campaign goal of $50,000 by raising millions. With four days to go, C.H.I.P. is at $1,898,144 and counting, with over 30,000 backers.

So what is C.H.I.P. and what makes it so cool? It’s a pocket-sized computer for surfing the web, playing games with a bluetooth controller, using thousands of free apps, creating documents, presentations and spreadsheets, and more. It works with any screen and an add-on called Pocket C.H.I.P. turns the barebones C.H.I.P. into a sleek handheld device.

It's no slouch performance-wise either, even at $9. It sports a 1GHz processor, 512MB of RAM and 4GB of storage.

The $9 price point makes C.H.I.P. accessible to all, which is exactly Next Thing's goal. In order to hit that $9 mark, the makers of C.H.I.P. need to buy components in “extremely large quantities.”

The huge number of orders makes one wonder if Next Thing can meet the demand, but they assure supporters they're prepared. “The risks inherent in volume manufacturing are real, and we’ve taken every precaution to prepare for and actively address them,” they write. We'll see.

While some will use it as an everyday computer, Next Thing expects hackers to use it to create new products. That, in fact, may be a big part of its appeal. C.H.I.P. is so inexpensive that it will enable many products that aren't possible without inexpensive computing. From their Kickstarter campaign page:

Whether you’re building yourself a wall clock that counts down time to the next bus at your stop, or setting up a network of hundreds of solar-powered air quality sensors for use in disaster relief, you need the same basic tools to start from: a processor, a way to exchange data, and a way to power everything. With C.H.I.P., all the groundwork is laid, and the only question is what you’ll do next.

As one Next Thing Co. team member says, “We’re so excited to see what you can do with a $9 computer.”