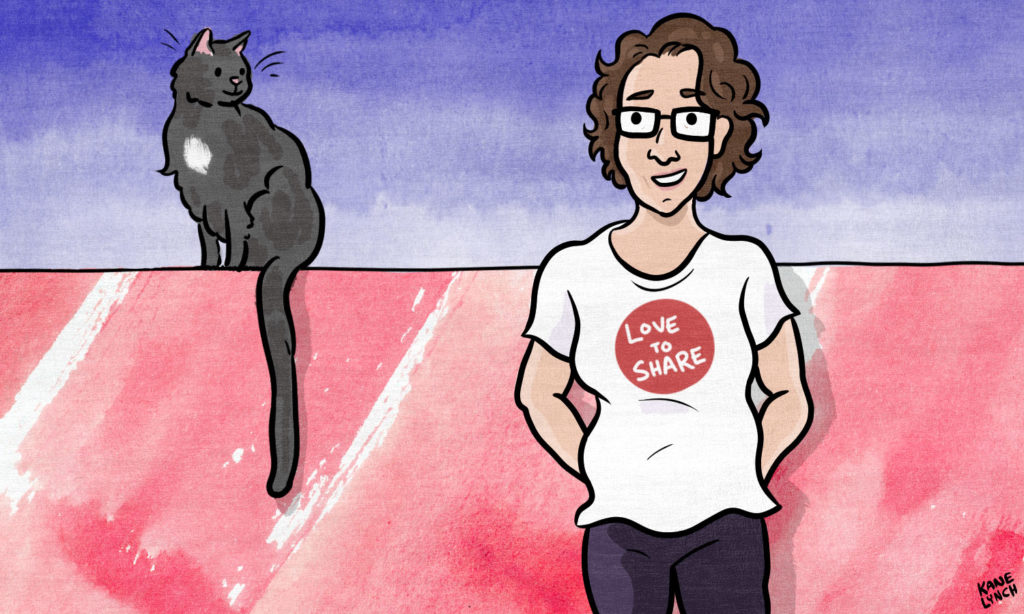 In this new Shareable series, we'll be highlighting people around the world who are "supersharers." These are individuals who are deeply involved in makerspaces, coworking hubs, art collectives, worker cooperatives, community gardens — basically initiatives in which people can freely share knowledge, skills, resources, and more, with each other. We're thrilled to introduce you to our next supersharer — Patricia Morgan, postdoctoral research fellow at the School of Information Systems at the University of New South Wales, Sydney, Australia. Here's some background about Morgan’s work, in her own words.

Patricia Morgan: I am based in Sydney, Australia.

I was inspired to work in the sharing and new economy after witnessing and being negatively impacted by the economic rationalism directing the tertiary education sector I worked in. I was disheartened by the inhumane ways I saw people being treated and was looking for new more holistic, human, and democratic ways of working together.

Are there any individuals or organizations that helped you get involved in these projects?

I was introduced to the sharing and new economy through a lecture and workshop given by Michel Bauwens from the P2P Foundation. This led to a conversation with Darren Sharp in Melbourne, who introduced me to some of the members of our group, and then this led to my connection with the New Economy Network of Australia.

I don't think there are specific laws or policies, though our group was funded by the City of Sydney to run a Mapjam and a series of community workshops. I think the City of Sydney's Resilience Strategy indirectly supports sharing.

We believe our Sharing Map is the first step in awareness raising, and we are now currently looking at ways to join with aligned groups in Sydney to start working on this challenge.

Join with others who are interested in the sharing and collaborative economy and around your kitchen tables look at ways to start developing a project. We started in this way and after a number of meetings and cups of tea we successfully applied to the City of Sydney to run a Mapjam and four community workshops in Sydney. Though you wouldn't have to create a project such as a Mapjam there are many initiatives that support sharing. For example, we've recently been involved with a clothes swap, partnering with a local Transition group — that was very successful. It doesn't have to be a big project — three of us in our apartment building have put a small garden in our backyard and now have monthly working bees — weeding for an hour, drinking tea, and eating cakes afterwards. It's great to get to know each other this way and when new people move into the building. It's really nice to invite them to the working bee or to offer them some herbs from the garden.

This Q&A has been edited for length and clarity. Header image courtesy of Patricia Morgan