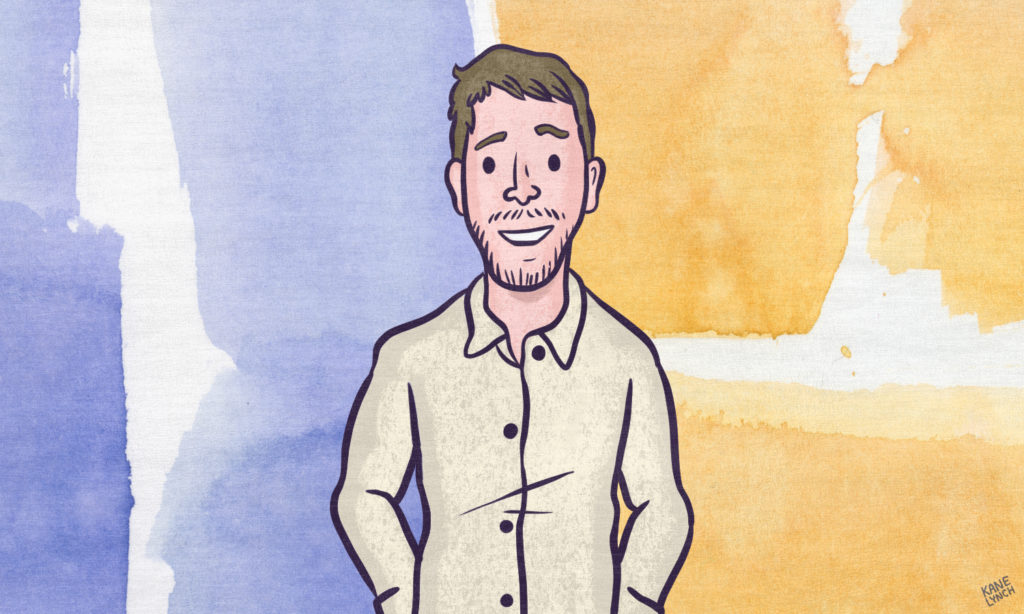 In this new Shareable series, we'll be highlighting people around the world who are "supersharers." These are individuals who are deeply involved in makerspaces, coworking hubs, art collectives, worker cooperatives, community gardens — basically initiatives in which people can freely share knowledge, skills, resources, and more, with each other. We're thrilled to introduce you to our next supersharer — Jordan Fleming, an illustrator and storyteller who has been involved in Sharing Map Sydney, a project that helps map shared and collaborative resources in the metropolis. Fleming has also worked on a series of zines on the sharing economy in Sydney. Here's some background about Fleming's work, in his own words.

I have mainly been involved in the Sharing Map Sydney project. The Sharing Map can be most simply described as a sharing resource directory. Its aim is to show people in Sydney what sharing resources are available around them — to help both facilitate engagement and enable more community interaction.

As a recent graduate in Media Arts, I was keen to get involved in illustrative and creative work. However, it isn't enough for me to simply be able to draw for work. I enjoyed researching and writing at university too much. I've wanted work that would allow me to not only draw, but that would also push me to think and explore new ideas. When I discovered the Sharing Map Sydney, I found an opportunity to produce works that would delve into concepts of the sharing economy, a concept which until then I was entirely unfamiliar with.

The City of Sydney provided the initial grant funding for the Sharing Map. Sydney's city council puts effort into enabling community enrichment in their district — several months ago they published a Social Sustainability Action Plan. A key issue in regards for sharing resources is that Sydney consists of numerous fragmented local councils. As such policy, support, and resources for sharing can be inconsistent between areas.

One of the main challenges initially was gaining exposure and interest in the sharing economy from the general public. While the concepts behind the sharing economy are beautiful, to commit to them is admittedly hard work. Being an alternative economy means that to be engaged in the projects, people need to step outside the habits formed by our larger society in Sydney. A key challenge in my illustrations was to make these ideas more accessible and less challenging for people new to the sharing economy.

Another challenge that I found in building up the Sharing Map was inherent in its desire to become a coordinator between sharing projects in Sydney. Since sharing projects generally proliferate at small local levels, there is an obvious need for coordination between various groups within a large city such as Sydney. A resource map such as the Sharing Map has the potential to fill this need. However, such an undertaking increases the demand upon a resource mapping project enormously — to have the infrastructure to support coordinating groups and to convince them to be a part of it.

I began to develop content for the Sharing Map to post online and to use at live events. The content largely consisted of infographics, zines, and illustrations to help express and explain the concepts and motivations behind the sharing economy in Sydney.

I would suggest that readers get involved in the sharing economy — it heightens community engagement and brings a sense of social connectedness. To be a part of the sharing economy goes well beyond the rational arguments of saving resources and money. I was surprised by just how much the experience of meeting, working, and sharing with others in my community brought me joy and excitement. In this regard the sharing economy has been an immensely fulfilling experience for me.

This Q&A has been edited for length and clarity. Images provided by Jordan Fleming.