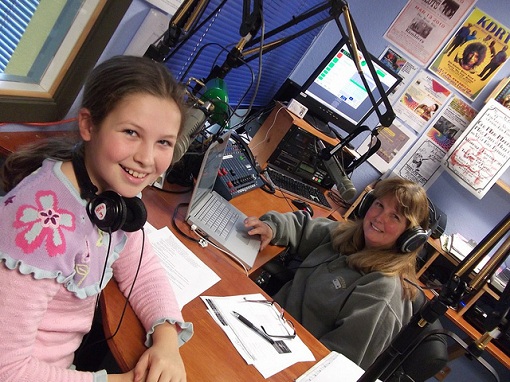 In some ways, media is like food. Food turns into your body, but books, songs, tweets turn into your mind. If you look at the kinds of media Americans consume now, they bear quite a resemblance to products that come from big ag: industrial, barely nutritious, certainly not fostering any connection to people or place.

By some measures, radio is the most consolidated form of modern media, with the bulk of stations being owned by only five giant behemoths, pouring a diet of thin Campbell’s Soup into the massive distribution system that returns ad revenue.

Radio hasn’t always been like this – as recently as the 1980s, locally-owned and operated radio stations were bona fide community hubs, supporting local music and often playing a part in events and politics.

It’s still alive in pockets of the country, where you can still hear diverse, vibrant stations, non-commercial and connected to colleges or public access, as rich and fascinating as a garden: news coverage of local politics, volunteer DJs spinning songs by new bands, talk shows hosted by ethnic groups without other platforms, even kids doing their own shows.

This is community radio. 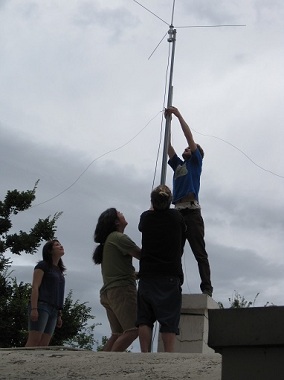 In an age where endless diversity is available to us on the Internet, community radio offers diversity shared with others. Social media has made us all non-stop media sharers, but a local, non-commercial radio station takes that to a new level: a physical building, a network of people, a way to communicate with thousands, whether they are your Facebook friends or not.

If this seems appealing, then it’s time to act.

This fall, the Federal Communications Commission will be opening a once-only window for applications to start a Low-Power FM station (LPFM) – small, non-commercial community stations that broadcast a radius of 3-5 miles.

The FCC will give out thousands of free radio licenses to qualified applicants after the window opens in October, and this has the potential to deepen, and broaden the horizons of our media landscape in a way not seen in decades.

Most of these stations will also be streaming on the web – in other words, available to the rest of us no matter where we live – and this could make for an explosion in creativity. Here is a look at the LPFMs in existence (there was one other window, ten years ago.)

With the shuttering of print newspapers around the country, LPFM and local radio is sometimes the only other major source of news in a town – in non-English-speaking communities not served by the local English paper, sometimes it’s the only one. LPFM stations played a role in emergency communication in towns hit by Hurricane Sandy as well.

This is vital infrastructure. Common Frequency, a nonprofit dedicated to community radio, and other groups around the country are working to get the word out about the LPFM license window, and encouraging groups to apply.

For one thing, it’s cheap! The engineering and building of a LPFM station can cost as little as $10,000, very little for infrastructure that offers decades of return in terms of community-building and visibility.

It's also something that fits within the mission of many non-profits (only non-profits can apply) – be that a local community center, church, public library, economic development corporation, coop, grange, housing development, local newspaper, and more.

Common Frequency has more information on the process, and have already worked with dozens of groups all over the country to get them on the air. Please help get the word out! Share this article widely – on listservs and social media. The FCC is not marketing this opportunity, so we are doing a grassroots outreach effort.

And you can apply now for this is a long-term community benefit, no matter where you are in the United States.

After all… it’ll be your station. For your community. What are you going to talk about?