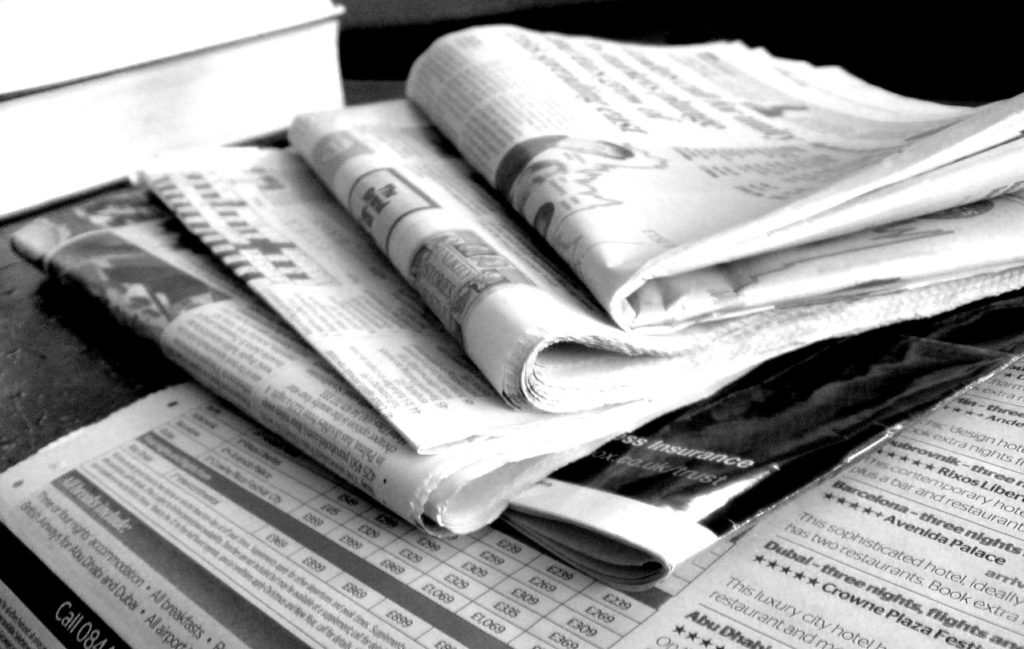 If you care about the future of public media and don't follow the work of Melody Joy Kramer, you might consider checking her out here and here.

Kramer worked for most of her twenties in public media, first producing, editing and managing digital engagements for Wait, Wait Don't Tell Me and then as web producer for WHYY's Fresh Air with Terri Gross.

She left that gig recently for a two-year stint at 18F, a "skunkworks" project of the federal government to advance digital innovation in government. And this spring, she is spending two months as a Knight Visiting Fellow at Harvard's NIeman Lab working on "a new model for public media membership to include non-financial forms of contributions and use of local stations’ physical space for community building." To that end, she is looking at expanding the definition of what it means to be a member of a public media station. Her premise: can it be more of a two-way street?

Kramer frequently engages in open thinking, crowdsourcing and "what if" thought experiments in her writing. Her "If I Ran a Station" braindump piece imagines a public radio presence that not only serves up the news, but thrives on partnerships, engages and sources from the audiences and provides a community archival service.

On her blog last week, Kramer wrote a piece entitled "Why Some Public Media Content Should Be Creative Commons Licensed" which was published on her blog under a Attribution-NonCommercial-NoDerivatives 4.0 International (CC BY-NC-ND 4.0) license.

In the essay, she points to a year-long investigative NPR piece on nurses injured on the job. She notes that while under NPR's business model, the piece was distributed to member stations, it could have had a more far-reaching impact had it been licensed under Creative Commons. Nonprofits can re-use NPR content with NPR's API, she notes. But, for example, trade publications and for-profit alternative weeklies could not pick up and redistribute the content to new audiences, thereby missing the opportunity to widen overall impact.

While Kramer does not argue that all NPR content should be freely available for redistribution, because that would destroy NPR's membership business model, she does argue that for breaking news and in-depth, high-resource investigative pieces, exceptions should be made to allow for maximum impact.

ProPublica, as Kramer notes in her essay, has licensed its content under the CC BY-NC-ND 4.0 since its inception, encouraging outlets to steal its stories to increase chances for impact. Find out more on why here.

ProPublica even developed an open-source tracking system, PixelPing, which allows it to track traffic on all reused content, know matter where it ends up on the web. ProPublica's content is picked up by all sorts of news outlets, large and small:

Kramer offers up a local → national example, questioning whether St. Louis Public Radio's coverage on Ferguson could have had a wider impact better had it offered up its content under a creative commons license.

But the reverse may also be true. In a time of new threats of media conglomeration, and ever-thinning local dailies, NPR and member station coverage could augment the perspective of local for-profit papers and weeklies, allowing cash-strapped local outlets access to key, brand-building high-quality content. Papers can then localize that content where they see fit.

Vox Media took a step toward this approach this past week, making its explainer "card stack" editorial products embeddable.  In this way, Vox is bypassing the Creative Commons license, providing free content to anyone who wants to use it, in much the same way.

This will certainly lead to new audiences for Vox. A move to license certain editorial content could also mean a new audience for NPR and local public media.

It would certainly mean a better-informed populace.

In a time of ongoing challenges to the very existence of independent journalism and public media, Kramer's ideas deserve consideration.