It's Time to Go Big: A Vision for the Sharing Economy - Shareable
Skip to content 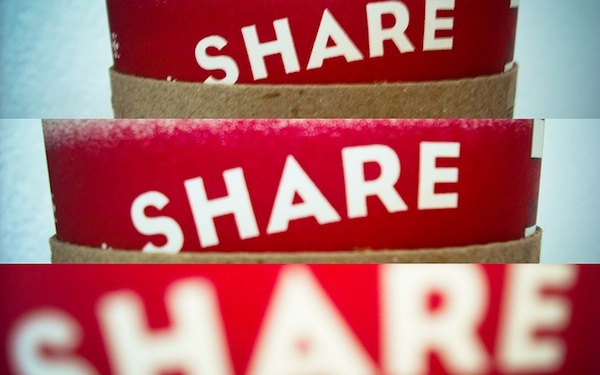 The sharing economy is in a regulatory crisis. Airbnb’s hotel tax issues, the cease and desist orders slapped on peer mobility apps Sidecar and Lyft, and other brushes with the law have catalyzed a flurry of organizing and dialogue about sharing economy regulation.

It started with the launch of San Francisco’s Sharing Economy Working Group in April, and was followed with the formation of the Bay Area Sharing Economy Coalition in August, lobbying by the Collaborative Economy Coalition at the Democratic National Convention in September. SPUR’s Gabriel Metcalfe wrote a provocative opinion piece about it earlier this month, and Shareable’s April Rinne and NYU professor Arun Sundararjan offered much commented counterpoints.

This is a sure sign the sharing economy is maturing. It’s big enough for the government to take notice and participants are strong enough to begin working together. Before this space crystallizes further, it’s a good time to reflect on what’s possible. The opportunity to shape the direction of this movement may soon pass. Below I reflect on what I see as the biggest opportunity before us – nothing less than a radical democratization of the economy – and how to make it happen.

Talking about new laws before there’s a vision to pave the way is putting the cart before the horse. Many get this, but it’s understandably not the top priority in the face of pressing regulatory issues. Nothing truly transformative has ever been accomplished without an inspiring vision. History provides ample evidence of the power of vision.

Apple’s 1984 Macintosh TV ad is a famous example. The ad didn’t even show the Macintosh computer or mention its features. It delivered a revolutionary message that promised to liberate the creative energies of the oppressed masses. It led with vision.

Dr. Martin Luther King didn’t talk about laws when he delivered his “I Have a Dream” speech. He shared a vision in which America finally lived the meaning of its creed — that all people are created equal. Dr. King, the Baptist preacher, undoubtedly knew that he must lead with vision, for the bible says in Proverbs 29:18, “Where there is no vision, the people perish.”

President Reagan’s 1984 “Morning in American” election ad evoked a renewed America moving out of late 70s “stagflation.” Reagan’s optimism helped him get re-elected. Reagan led with vision, and his party knows its power. A prominent activist in the conservative movement, Eric Heubeck, advocated for a renewal of a vision-based strategy in a 2001 memo:

We must win the people over culturally – by defining how man ought to act, how he ought to perceive the world around him, and what it means to live the good life. Political arrangements can only be formed after these fundamental questions have been answered.

As David Bollier and Silke Helfrich put it in a brilliant essay about the rise of a commons-based society, “we are poised between an old world that no longer works and a new one struggling to be born.” Part of that struggle is that there’s no vision for what’s emerging. It’s not just that the old world doesn’t work anymore, it’s also that the old story that gave it meaning isn’t believable and there’s no credible story to replace it. The story of what our society is all about is actually up for grabs. There’s no bigger “myth gap,” as Story Wars author Jonah Sachs might put it.  And there’s arguably no bigger opportunity for change.

The sharing community has two choices. It can ignore this opportunity. It can develop a narrow vision for the sharing economy and offer one among many competing visions. Or, it can develop a vision that shows how the sharing economy addresses the world’s greatest challenges and offers a new, inspiring way forward for society. We have the opportunity to develop the vision, the one that defines “what it means to live the good life.”

Is the sharing economy qualified to be the vision? Yes, I believe so. In fact, I don’t think there’s anything else that can radically reduce poverty and resource consumption at the same time, something humans must do to stabilize our global climate and society.

However, the sharing economy is not only a real solution, it’s also an inspiring true story. People experience it as empowering. It puts people in a new, constructive relation to one another. In the sharing economy, we host, fund, teach, drive, care, guide and cook for friends and strangers alike. This is a world where people help each other. It’s also a world where self-interest and the common good align.

It’s no wonder people experience sharing as empowering. It’s how we raise children. It’s how we celebrate. It’s how we survive disasters. Sharing has played a crucial role in all of humanities greatest accomplishments, from the moon shot to the development of the Internet. Our economy depends on the commons. Business isn’t possible without nature’s bounty, taxpayer-funded infrastructure, and the sense making of culture. Nearly every religion teaches its wisdom. Sharing is bedrock to our well being, but it’s also the path to self-actualization.

Mythologist Joseph Campbell discovered a universal story found in every culture he called the hero’s journey. The hero’s only path to maturity is to leave home, undergo an enlightening ordeal, and bring back a gift to heal society. This dramatizes what we all know about heroes — that they selflessly serve others. Sharing activates the hero archetype that’s in all of us. That’s why it resonates so deeply. And why we hold the deepest reverence for those that help others the most, from Jesus to Gandhi to Dr. King.

For all these reasons, the sharing community would be foolish not to go big on vision, to redefine what the good life means and how to get it. The epic crises we face call for real solutions. And citizens everywhere are desperate to see a real way out.

The vision must come from many

At Shareable, we cover the sharing economy as a paradigm shift in how we produce, consume, and govern. It includes startups like Airbnb, RelayRides and Loosecubes but is much bigger than them. There’s no question that the bulk of attention is currently going to this part of the sharing economy. As I mentioned, this group is coming together around regulatory concerns.

This is good. They can help each other. However, a vision of the sharing economy must come from a much broader coalition. A vision promoted by a small group of technology entrepreneurs who have billions of dollars in stock options collectively will seem self-serving. As with any message, the credibility of the messenger matters. While it was possible last century, a vision promoted by a narrow and privileged slice of our society can’t become the ordering vision of our day.

In order for that to happen, these companies should, after organizing themselves, help build a broad coalition working for economic democracy. They’d have a much better chance of getting what they want if they helped others get what they want. Such a group could include the coalition that defeated SOPA and PIPA, Code for America, the Freelancers Union, organizations working for progressive intellectual property laws like Public Knowledge, local economy advocates like BALLE, solidarity economy advocates like the New Economics Foundation, innovative nonprofits like The Public Banking Institute and The Participatory Budgeting Project, commons advocates On The Commons, the open education movement, Creative Commons, the National Cooperative Business Association, and more. Ideally, such a coalition would cut across sectors and political ideologies.

The dramatic transformation of the economy that’s needed is not going to happen until a large coalition begins to work together. All of the organizations I mentioned are focused on a small piece of a much larger puzzle that leads to the same thing – a more democratic economy. Unfortunately, the whole is currently less than the sum of the parts. Significant change will never come from such a disconnected group. However, if they came together to share an inspiring vision, they could pave the way for the regulatory reform needed to democratize the economy.

We’re at a critical juncture. Will the sharing community think small and eventually fade into obscurity as trends do, or will we go on an arduous yet fulfilling hero’s journey to heal society?

I’m in it for the journey. How about you?