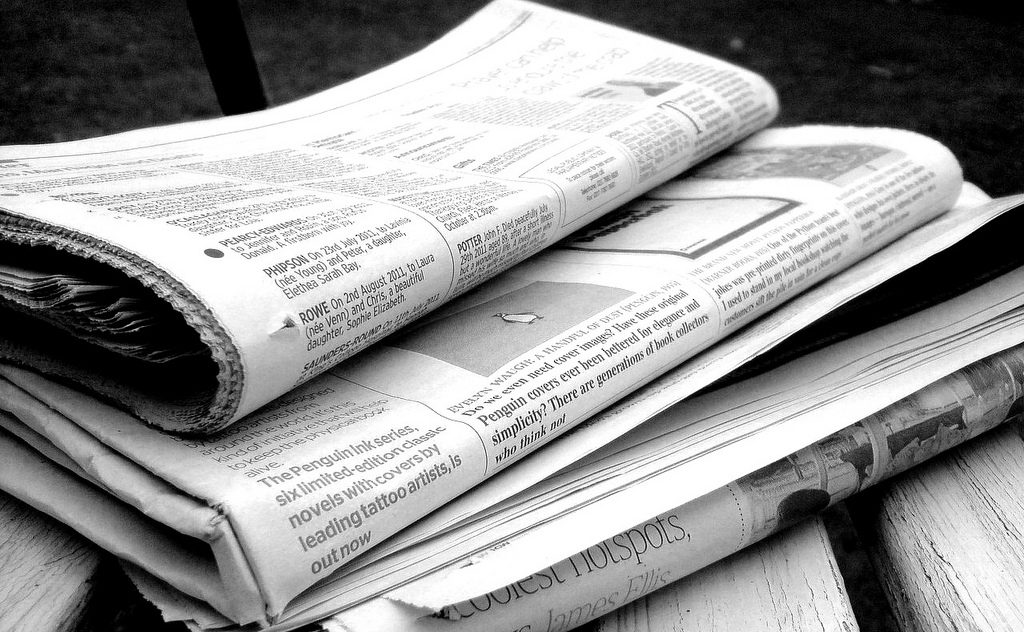 For the past several years, Cards Against Humanity has been Amazon’s No. 1 bestseller in the “Toys and Games” category.

But the card game, which has raked in millions of dollars and inspired dozens of imitations, is also available for free on the Cards Against Humanity website. Anyone can download, remix, or share the game, which is licensed under the Creative Commons Attribution-NonCommercial-ShareAlike 2.0 license.

Why would Cards Against Humanity distribute their card game for free? I think it has to do with exposure and impact. Lots of people download the cards and realize they want a better experience, so they purchase the cards online. Other people download the cards, and their friends realize that they want their own version but can’t be bothered making their own set. So they buy them. The result is that more people know about Cards, which largely spreads through word of mouth.

A similar phenomenon has happened in the news industry when organizations have licensed their work with the Creative Commons license. ProPublica, for example, has always encouraged others to “steal its stories” — which has both increased pageviews and resulted in thousands of sites reprinting their pieces. As ProPublica President Richard Tofel and Assistant Managing Editor Scott Klein noted, it's about impact:

Why do we do this? ProPublica’s mission is for our journalism to have impact, that is for it to spur reform. Greater reach — the widest possible audience — doesn’t equate to impact, but it can help, and certainly doesn’t hurt. So we encourage it. And, of course, we started in 2008 with almost no audience or reputation at all, and needed — and still need — to increase the circle of people who know us, and our work. CC helps us achieve that goal.

I see Creative Commons licensing as a smart way to distribute local or national content when the goal is maximum impact, or an audience spreading word that your content exists.

I also see CC licensing as an important survival tool for smaller and regional newsrooms. When material is published under the license, smaller newsrooms can republish articles or media like photographs in full. Or, they can build on, localize or extend the reporting in some way.

ProPublica tracks its stories by requiring publications that reprint its articles to insert a tracking beacon along with their text. Called Pixel Ping, the open-source tool allows ProPublica to “count the number of times [its] stories are read on sites that republish them.”

This is useful for many reasons, including obtaining additional funding.

Molly de Aguiar is the program director for Informed Communities at the Geraldine R. Dodge Foundation, which funds journalism projects, including ProPublica, that help educate and engage the public around issues of importance to New Jersey.

de Aguiar says the collaboration fostered by Creative Commons gives ProPublica a better case when it's time to apply for grant funding. Because access to quality information is important for healthy communities, sharing and collaboration is a major upside for the news ecosystem in New Jersey.

"We especially appreciate that ProPublica makes their work available via Creative Commons licensing so that local New Jersey news organizations can republish their stories and localize their data," de Aguiar said. "This is a win for local news sites who have unfettered access to free, high quality content, and it’s a win for New Jersey residents who can make better informed decisions as a result of ProPublica’s reporting. It’s one of the major reasons we fund ProPublica – they are a true leader on this front."

ProPublica isn’t the only publication that distributes work under a Creative Commons license. But there’s no definitive — and current — list of publications that use the license, which allows stories to be republished with requirements specific to each particular publication’s needs.

Below are all of the publications I’ve found that use the license. I hope this list is helpful for smaller newsrooms and inspires some organizations to make some of their material available for other publications to reuse or extend. If you know of others, please let me know in the comments, and I’ll update this list. And if you’d like to see other major works that exist under the license, I recommend this Wikipedia page — which contains many books, musical pieces and games, among other topics. You can also check out this page, which details cultural resources like maps and artwork that are available for reuse.

This piece by Melody Kramer has been republished from Poynter under Creative Commons BY-NC-SA 3.0 US.