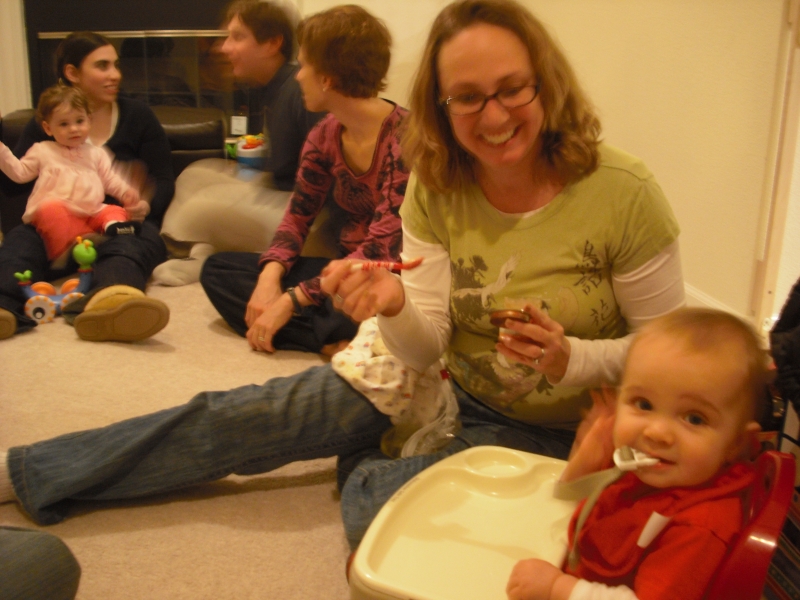 A consistent theme here at Shareable is that sharing begets more sharing. Rachel Botsman's story about the Santa Rosa tool library, "Is Sharing Contagious?" is a good case in point. Ethan Zuckerman's tool library inspired similar efforts in Santa Rosa including toy and clothing libraries plus a reading room.

Andrea and I are experiencing a similar contagion, but on a smaller scale. It started with our need to find Jake childcare. Andrea and I decided to nanny share rather than use daycare. We just didn't feel right about sending Jake out of the house during the work week at four months old.

At first we tried to find a family to share with before finding a nanny. We met with four couples in an extensive search, but nothing panned out. Exasperated, we decided to get the nanny first, then find other parents to share with.

That was a good decision. It was easier to find parents to share with once we had a nanny. Parents could see the situation they'd be getting into. Plus, it's a lot less complex. The decisions about what nanny to chose, finances, scheduling, and location were already made by us. It helped to be the anchor for the enterprise.

We've been nanny sharing for eight months with two other families. It's worked extremely well for everyone. We found a great nanny who is with Jake weekdays at our house. One couple drops their child off three days a week. And the other couple gets the remaining days. We all save money, it's more flexible than daycare, and our nanny makes more money than she would with one family. It's a win-win-win.

Three months ago, the nanny share spawned a monthly parents potluck that rotates among households. And here's the twist – some of the parents who decided not to nanny share with us have joined our potluck group. On top of this, we just recently started a monthly babysitting exchange with one of the couples so that each couple can have at least one date night a month.

The above picture is of tonight's parents potluck. We mostly talked about parenting and watched our kids play. It was a chance for a group that relies on each other for a vital service to bond. It was two hours we didn't have to be the sole source of engagement with Jake. It was two hours Jake got to commune with a group. And two hours Andrea and I got to be with other parents breaking the spell of isolation that all too often comes with raising a small child in the 'burbs. This is the closest we can come right now to creating that village it takes to raise a child.

And, yes, sharing is contagious. Wonder what's next?