Is That a Cornstalk on Your Roof? A Q&A with Mike Yohay - Shareable
Skip to content 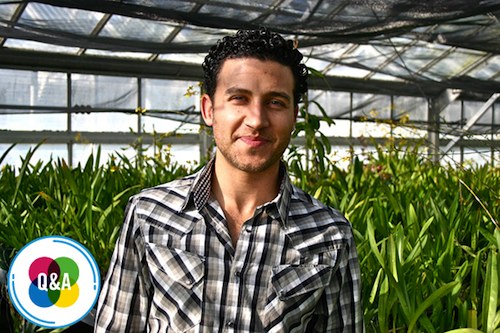 Mike Yohay, the founder and CEO of Cityscape Farms, is on top of the world. Or rather, his business is. This fall, he’ll begin realizing his dream of urban farming- on commercial rooftops. Cityscape Farms’ mission is simple: instead of transporting food hundreds of miles, grow it where it is going to be eaten. Not only would this provide healthier, better tasting produce, it would help make cities cleaner and more self-sufficient. But cities are crowded, right? That’s why Yohay is attempting to capitalize on the unused resource of urban roofs…It’s a move that nets building owners a profit while benefiting the larger community. I spoke to Yohay, just after he was named one of the “Ten Most Inspiring People in Sustainable Food” by Fast Company, about how all this might work.

Allison Arieff: So how did a Brooklyn kid get interested in rooftop farming?

Mike Yohay: Growing up in Brooklyn, rooftops were always one of my favorite places to hang out. I would hop from our building’s rooftop to the next one over, all the way down to the end of the block. I’d see container gardens with herbs and veggies, homing pigeons- really a whole ecosystem up there- all with the Statue of Liberty as the backdrop. Later recognizing what an underutilized resource rooftops are, I saw food production as a logical fit. Why cut down rainforests for farmland when you can grow food right here in the city, where the eaters are?

AA: There’s been a lot of press on vertical farming lately but it still seems either like something relegated to design studios or something straight out of science fiction. Demystify it for us.

MY: It’s largely a conceptual discourse here in the United States because we have the luxury of sticking to the status quo- for now. In other countries, where the cost of oil and availability of water are not hidden externalities, rooftop and urban farming are done out of necessity. Look at Israel, Singapore, Japan and countless others; they’ve been doing vertical farming and rooftop hydroponics for years. The innovation coming out of those countries is my inspiration. So I think folks in the U.S. need to put down the AutoCAD and start building!

AA: Let’s talk hydroponics. Does the absence of soil change the quality, taste of produce?

MY: Yes, the absence of soil can dramatically change the quality and taste of the produce, for the better. In a soilless system, you can adjust nutrients, pH, water quality, etc. on a much more refined scale than in field agriculture. And in a controlled environment greenhouse you can ensure a more consistent quality, since you are not subject to environmental fluctuations like drought and soil infertility.

Taste is largely a function of ripeness, and hydroponic produce is picked at its ripest. Most produce in this country is transported thousands of miles from farm to fork. So in order to ensure shelf life and transportability, that produce is picked long before it’s ripe. It is later blasted with ethylene hormone to give it the appearance of ripeness- this is why tomatoes can often be red and tasteless. We created a cheeky film about this:

AA: Since I started growing tomatoes in my yard, it’s made supermarket ones inedible so I totally get that. So apart from the fact that it’s using unused space, what are the benefits of rooftop cultivation?

MY: I get asked this question a lot, so I created a website devoted to it. Addressing benefits to the building owner, rooftop farming monetizes a piece of property that typically earns them zero revenue. Plus it helps insulate their building and diverts solar radiation and rainfall. From a food economy perspective, localized farming of any type bolsters food security and creates jobs, not to mention providing the freshest food possible to a community. Ecologically speaking, it drastically reduces the carbon footprint associated with food production and helps make cities cleaner, greener places to live.

AA: What sorts of businesses are responding to your requests for rooftops? When will you become operational and what are your plans for world domination?

MY: I’ve gotten plenty of interest from residential and commercial landlords – even city governments. We’re looking at launching our first location [in San Francisco] this fall. If world domination could mean the end of environmental destruction, hunger, and food deserts, sign me up!

To learn about more cities planting from the rooftops, check out Brooklyn Grange.

This Q&A originally appeared on the Pepsi Refresh Project website.