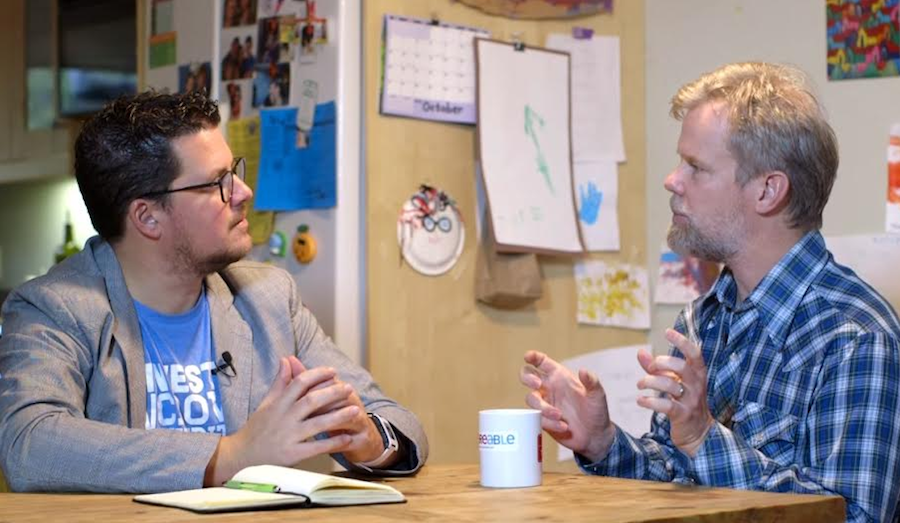 For Shareable co-founder Neal Gorenflo, sharing is personal. In a recent interview with Crowd Expedition's Martijn Arets, Gorenflo tells the story of how a moment of clarity in 2004 led him to leave his corporate job and, four years later, come together with a small group of like-minded folks to birth the online magazine and community organizing platform. Over the next thirty-five minutes, Arets and Gorenflo talk about everything from how Gorenflo and his family live their mission to why so-called idealists form the backbone of the sharing movement.

Gorenflo sees sharing as a new means to a familiar end: a better quality of life for individuals and their families. He points out that the Industrial Revolution could have spread abundance, including the abundance of time saved through mechanized production. Over time, however, society's focus shifted to private accumulation instead of widespread prosperity and freedom.

The sharing economy can serve to redress this imbalance, and help solve other big-picture problems including environmental degradation. But Gorenflo emphasizes that we must consciously shape the sharing economy to serve these ends, and the importance of the small scale. "I don't think a solution will work unless it really brings people alive," he tells Arets. "It's got to have both components—it has an impact on the world, to save resources and address wealth inequality, but it also has to feel good and right to people."

Regarding the different manifestations of the sharing economy today, Gorenflo explains, "It's important when we talk about the sharing community that we don't do each other the disservice of administering purity tests. People are in different places; we should invite them to move further toward their ideals, and not judge them for where they are." Yes, he acknowledges, there are people taking advantage of the sharing trend for financial gain, but on the other hand there are social entrepreneurs working to reclaim the movement by building enterprises around real sharing.

As for Uber, Airbnb, and the other giants of for-profit sharing, "they do a service in a way, which is to open up a new frontier," says Gorenflo." They're taking the risks, so maybe they are entitled to the rewards." He adds, however, that citizens would be foolish to not take advantage of this new frontier and create cooperative versions of Airbnb and their ilk in order to truly share the wealth.

Gorenflo pushes back against Arets' assertion that the sharing movement can be divided into impractical idealists and pragmatic entrepreneurs. "Idealists, in the way that you're framing them, these are practical people," he says. "'These are the things that must be done or we will perish on this earth." True innovation—not to mention social change—tends to originate outside the fabled tinkerer's garage, argues Gorenflo. "The businesspeople aren't the bold ones. It's the people and the governments that lead the way."

To hear more, including Gorenflo's thoughts on the role of cities in the sharing economy, watch the full video below. Visit Crowd Expedition for an analysis by Arets and links to other video interviews.