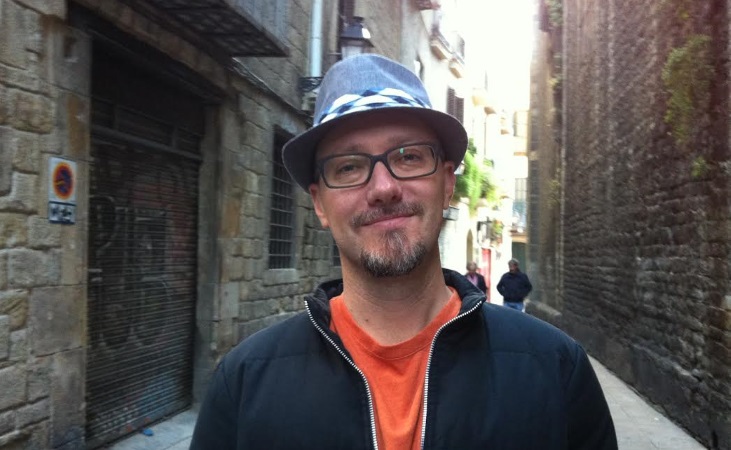 For activists committed to building a more democratic, open, and sustainable world, one question looms larger than all others: How do we create social change? Broadly speaking, there are two answers to this query. The first argues that a holistic attack on the status quo is the best—or perhaps the only—way to address the problems inherent to a political, economic, and social system that privileges the haves over the have-nots. The second approach, in contrast, suggests that piecemeal reform enacted through the creation and propagation of alternative institutions will more effective in reshaping society over the long run.

Gabriel Metcalf's excellent new book, Democratic by Design: How Carsharing, Co-ops and Community Land Trusts are Reinventing America, explores the history and potential of the alternative institution strategy in the United States. Alternative institutions have been a part of American life since before the Revolution (think colonial coffee houses and town hall meetings), yet the phenomenon has largely escaped both scholarly and popular attention. In a series of chapters grounded in both historic and contemporary case studies, Democratic by Design illuminates the power of these often-overlooked grassroots organizations to promote a more just, equal, and transparent political economy.

Metcalf and I recently corresponded by email about his book and what it teaches us about the pragmatics of social activism. President and CEO of SPUR, a nonprofit research, education, advocacy organization dedicated to good planning and good government, Metcalf previously worked for the Bay Institute and was co-founder of City CarShare. He shared how his own experiences, including running City CarShare, helped inform Democratic by Design. We also discussed how he chose the examples included in the book, and why he thinks it is important for today's changemakers to understand the historical roots of their work.

GM: As a young activist, I spent a lot of time trying to learn from older activists, including people like my parents who had been active in the New Left in the 1960s. Some people in that generation placed alternative institutions at the center of their political practice—things like free clinics, organic food co-ops, alternative newspapers. But I was struck by the gap between the way they talked about alternative institutions as a way to replace the entire "system" and the smallness of the actual projects. In theory, the idea of building up the alternative you want to see first, in the here and now, made a lot of sense to me. But I kept thinking there had to be a way to create alternatives that could actually get big enough to really change things.

We decided to start a car-sharing organization partly as a way to test the theory—to see if we could come up with an alternative institution that would be capable of getting regular people to do things differently.

But as I read more deeply into the history I was struck by just how widespread alternative institution-building has been. You see the idea recur over and over again in American history—that people decide to create the alternative themselves and sort of abandon the mainstream institutions. So this book is an exploration of that approach to making social change. 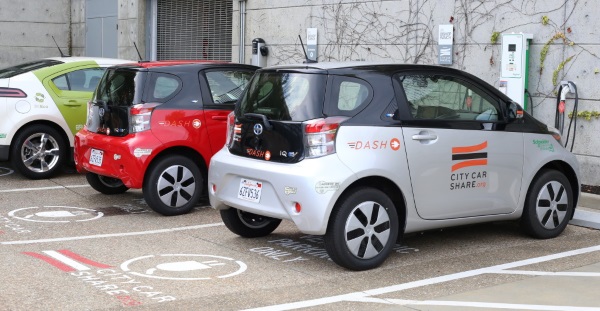 You point out that while alternative institutions are widespread both today and throughout American history, they remain under-studied and are often misunderstood. Why is this?

Maybe I should have written my book sooner!

But seriously, I think alternative institutions deserve to be much more understood. I'm sure there are a lot of things I missed, and my hope is that this book will engage both theorists and activists in thinking about how institutional change comes about.

In the book I actually argue that the more systematic changes are usually illusory—that even in the most radical revolutions there is a lot that is left unchanged from the prior system. The classic example is the American Revolution, which left the entire structure of slavery untouched. So I think that it's actually more useful in many ways to think about society as just a grouping of smaller parts, each of which can be separately changed.

Well, we were all people who really loved cities, and we were already working in various ways within the sustainable cities movement. So we were keenly aware of how much the automobile had come to dominate American cities, in contrast to the European cities we had visited. Cars take up so much space inside cities! And they kill pedestrians. And that's not even getting into the environmental damage that they do.

We learned about car-sharing programs in Germany and we were like, this is an amazing idea. It acknowledged that people were still going to need to drive sometimes, but it could reduce the number of cars that had to be stored in cities. And the theory was that by making the costs of driving variable—you pay just based on how much you drive—it might incrementally make people more aware of how much they were spending and sort of wean them gradually off of their cars. We had a slogan in the early days: car-sharing is methadone for car addicts.

I guess we also had the intuition that this was something that people might really respond to, that it could actually get big and have an impact.

So all these years later, I feel like the model of alternative institutions has been proven yet again to be an important way to make changes. I mean, how far would we have gotten just writing more reports about cars being bad for cities? That had been done already. What changed things was actually creating an alternative.

But I will say that it was way harder than we expected. We thought we would just get it started and then move on to the next project in a couple of years, but we found ourselves deeply involved for a decade.

We had a lot of ambitions for car-sharing that did not materialize. We wanted to create an open source car-sharing technology and make it available for free to anyone. We wanted to deploy the full range of vehicles from bikes to moving trucks. We wanted to network car-sharing with other alternative institutions in other sectors. So was it successful? Yes. But we had even bigger hopes.

Chapters three through five introduce the reader to a variety of real-life alternative institutions. How did you decide which examples to include?

Probably most readers are going to be more familiar with the economic experiments, which range from socially responsible businesses to workers co-ops. I spend a lot of time in that chapter trying to answer the question of how we can create more "room" for businesses to do the right thing—to make sure they aren't undercut by businesses doing the wrong thing. And that leads me to institutions for aggregating capital and purchasing power in ways that can support "high road" businesses.

Then I have a chapter on "place-based" institutions. One of the ones I'm most excited about is land trusts, which present really an entirely different approach to the ownership and stewardship of land. This is the chapter that draws most heavily on my work as a city planner and urbanist, and I think it's interesting to look at cities as a "system" comprised of individual parts, which can be experimented with and changed, just like any other part of society.

The Left often worries about cooptation—which is just a fancy word for compromising more than other people think you should have. That's definitely a danger of course. But I think there is an equal danger on the other side, which is to be very marginal in your impact because of trying to stay pure and un-compromised. So the trick is how to avoid both of those dangers.

I look at the early affordable housing movement as a case study in this chapter—a movement that was very successful but in a sense fatally compromised.

I think there is a danger in any social change project of getting too attached to the project. You can start to tell yourself that anything you do that allows the project to survive and grow is okay. And there's a danger in that of losing sight of the larger aims. I think we have to resign ourselves to a bit of impermanency in our efforts. We do the best we can but we can't predict or control all the outcomes.

Much of the book is grounded in history, especially the history of American institutions and social movements. Why is it important to look back as we try to move forward?

People who want to change the world should spend a lot of time studying history! Everywhere we look we see change—sometimes intentional, but more often people's actions caused changes in ways they never anticipated.

The final chapter of my book is called "The Mystery of Social Change," because I think that's the big question that underlies everything I'm trying to figure out: how do we bring about a better world? For me, being interested in alternative institutions as a strategy, this is where I try to answer the question of how all these small projects add up to something bigger—how we move from "project" to "system." All of this is grounded in history.

What's next? How do we apply the lessons from your book to alternative institution-building in the real world?

What I really hope is that this book will be useful to another generation of activists, who will be able to take things much farther than we did. Both in the theory and understanding of how change happens, but also in the movement building and institution building. There's an unbroken chain going far back in time of people who have worked to solve the problems they saw around them, to leave the world a better place for the ones who would come after them. I see so much idealism in the new generation, and that includes my kids, and really my biggest hope is that some of them get some ideas of things to try from reading this book.